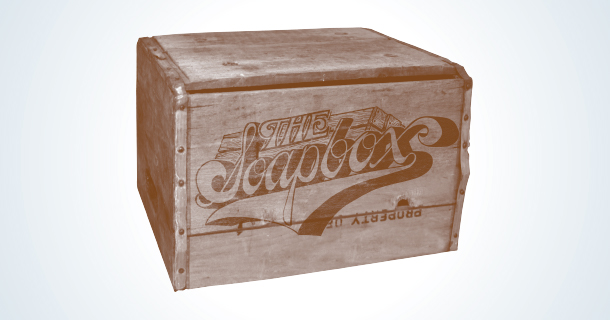 These obligations are not made out of whole cloth, but were explicitly set out in the Fair Housing Act of 1968 (FHA), which has two separate parts. The first is a general command prohibiting all private parties from “discrimination in the sale, rental, and financing of dwellings, and in other housing-related transactions because of race, color, religion, sex, familial status, national origin, or handicap.”

The second, which applies to government agencies that receive public funds, imposes the additional obligation that they take proactive steps (which the new rule rebrands as “meaningful actions”) to eliminate “historic patterns of segregation, achieve truly balanced and integrated living patterns, promote fair housing choice, and foster inclusive communities that are free from discrimination.”

The tedious Final Rule, which has been hailed as “historic and overdue,” is an intellectual shipwreck. Its empty and vacuous commands are incapable of rational implementation. Yet notwithstanding HUD’s pious denials, the department is sure to continue its history of contentious litigation brought to chastise and correct local governments whose actions have not met its standard. One inherent difficulty in both the previous and current versions of the Final Rule is that its objectives are often in deep conflict with one anther.

HUD gives backhanded recognition to this point when it notes: “The Fair Housing Act does not prohibit individuals from choosing where they wish to live, but it does prohibit policies and actions by covered entities and individuals that deny choice or access to housing or opportunity through the segregation of persons protected by the Fair Housing Act.” But it does not grasp the magnitude of this concession. It turns out, of course, that most individuals do not wish to live in communities that meet HUD’s sterile definitions of “truly balanced and integrated communities.” They often prefer to live with individuals with whom they share common value in neighborhoods that offer the social support and companionship that they so clearly want.

It is not that everyone wants to live in racially homogenous communities. Quite the opposite. Edward Glaeser and Jacob Vigdor offer substantial evidence that racial separation has declined over the past 50 years, largely if not wholly apart from HUD’s affirmative action interventions. HUD offers no evidence of the potency of its affirmative action program in its Final Rule. But so long as some preferences for living with like individuals persist, there is little doubt that people will tend to cluster in communities with people of the same race, ethnicity or economic class, which tends to facilitate the kinds of interactions that they want. It is still important to recall Thomas Schelling’s seminal 1969 study, “Models of Segregation,” which shows how extensive racial separation can take place even when most people of both racial groups prefer to live in neighborhoods which are integrated, but in which they prefer to constitute a majority.

HUD is willfully blind to these complications. No matter how many terminological changes HUD makes in its report, it does not deal candidly with the serious risk that voluntary choices by ordinary individuals will undo the scripted program that HUD wants to impose on neighborhoods and communities. Indeed, even if by some magic stroke, the construction of new projects could result in “truly balanced and integrated living patterns” at time one, it is highly unlikely that those patterns will persist as individual choices will continue to undermine HUD’s desired end-state regimes.

The point here is an old one in political theory. In his famous book Anarchy, State, and Utopia, libertarian philosopher Robert Nozick pointed out that “patterned principles,” of the sort that HUD wants to impose, cannot survive in a world where individuals are entitled to acquire and exchange property with each other for mutual advantage. The logic of his historical theory of justice is that each voluntary exchange produces gains for the parties to it, and then sets the stage for further transactions with the same effect. The net result is a set of unpredictable outcomes whose process helps assure that the results will be socially desirable.

In similar fashion, Friedrich Hayek has long warned of the fatal conceit of central planning, which stems from the simple observation that government edicts are only the first step in a complex interactive process. When, as with HUD, these edicts work at cross purposes with the desires of local communities and their individual residents, the grand plan will surely be subverted by the responsive actions taken everywhere down the line. The HUD Final Rule concludes that its diktats and datasets will provide local communities the needed aid in formulating their new plans. But the guidelines are so squishy that HUD could favor local governments it likes while making life difficult for those that it does not. Nothing in the report indicates what safeguards if any will be put in place to prevent partisan sentiments from taking hold.

One way in which it is possible to gauge the inherent difficulty is to look at some past litigation that HUD has initiated from its grantees. One case of special note involves the prolonged litigation in New York State in United States ex rel. Antidiscrimination Center v. Westchester County, which settled in 2009. Over a six-year period, Westchester had received about $52 million in federal funds, which were subject to these same basic statutory obligations.

A private community group challenged Westchester’s plan under the federal False Claims Act for not meeting its HUD obligations. In a bruising opinion by Judge Cote, the County was called out for not meeting those obligations because it chose to construct more affordable housing, even though its choice of housing projects were said to increase segregation. The ultimate settlement required the County to spend $52 million of its own money to build affordable housing in white municipalities, and to pay millions more in fees to the relator and the attorneys who brought the case.

Exactly which municipalities within the county had to bear the burden was not settled by Judge Cote’s decision, which only created yet another round of divisive negotiations that to this day have not been brought to an amicable resolution. Yet the only comment that the lengthy HUD Final Rule makes about that and similar unfortunate litigation is that “courts have set forth how the section applies to specific policies and practices of HUD program participants”—a whitewash if there were ever one.

The sorry episode should come as no surprise to anyone who has followed the 40-year saga that commenced with the New Jersey Supreme Court’s decision in Mount Laurel in 1975. In that case, the Southern Burlington County N.A.A.C.P. sued the Township of Mount Laurel, not for racial discrimination, but for its failure to provide a fair share of housing for low and moderate income families in the state. Once again, the utter vagueness of the standard, coupled with the fierce resistance of local governments, stymied the program for years.

The fundamental mistake in Mount Laurel was to leave intact the local zoning laws that kept out low income residents, and instead force the township to come up with positive programs to create exceptions to its basic zoning wall—which it did, after a fashion, by rear guard actions that included designating for the new housing a wetland located behind an industrial park far removed from water and sewer connections. Ultimately, when affordable housing was built in Mount Laurel, few members of minority groups wanted to stray so far from their home base. Local widows occupied a large number of the units.

The sad truth is that this unbroken level of failure will be taken to a new level by HUD’s Final Rule. Yet HUD is unable to explain how the huge conditions attached to its grants will build a single unit of new housing for anyone anywhere. What is needed is a complete reorientation in approach that starts from the proposition that it is far easier and more sensible to remove barriers to entry than it is to subsidize forced entry by judicial decree once those local barriers are allowed to remain in place. Indeed, the only winners out of HUD’s new initiative are government administrators, lawyers, and pro-housing activist groups that salivate at the prospect of hauling the next Westchester County into court.

The Supreme Court recently had the opportunity to clip HUD’s wings in Texas Department of Housing & Community Affairs v. Inclusive Communities Project, Inc., an opportunity not taken when the liberal majority of the court, which by a narrow five-to-four vote, unwisely upheld the ability of HUD to use a disparate impact standard. This standard is the source of much mischief, since it can be held that discrimination was “because of race, color, religion, sex, familial status, or national origin,” even in the absence of any intention to discriminate on any of these grounds. HUD’s Final Rule cites this case for the bland proposition that “the Supreme Court also acknowledged “the Fair Housing Act’s continuing role in moving the Nation toward a more integrated society.”

The heavy level of HUD oversight made it highly unlikely that Texas engaged in any form of discrimination whatsoever. Indeed, even the five-member liberal majority recognized that HUD’s fixation could lead to serious problems:­

It would be paradoxical to construe the FHA to impose onerous costs on actors who encourage revitalizing dilapidated housing in our Nation’s cities merely because some other priority might seem preferable. Entrepreneurs must be given latitude to consider market factors. Zoning officials, moreover, must often make decisions based on a mix of factors, both objective (such as cost and traffic patterns) and, at least to some extent, subjective (such as preserving historic architecture).

The majority then remanded the case for further consideration, which in all likelihood will lead to less invasive oversight of the Texas agency. But in an odd way, HUD’s aggressive call to arms in its new Final Rule pays scant attention to any of the Supreme Court’s cautionary words. Indeed, HUD’s Final Rule is conclusive evidence that it is blissfully unaware of the trade-offs that stand in the path of sensible housing reform. There is little now that can be done to invalidate the entire Final Rule on facial grounds. But a self-help remedy remains in place. Every state county or municipality organization should think long and hard before taking a dime in HUD money.

Author: Richard A. Epstein, the Peter and Kirsten Bedford Senior Fellow at the Hoover Institution, is the Laurence A. Tisch Professor of Law, New York University Law School, and a senior lecturer at the University of Chicago.