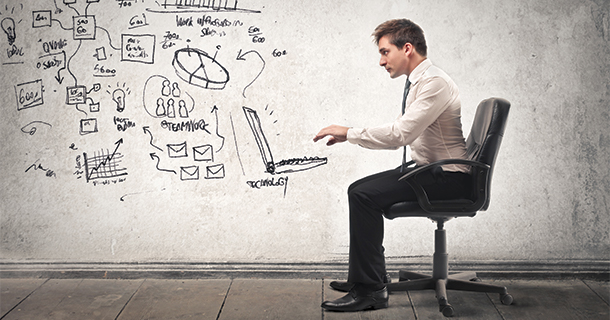 When the California Labor Commissioner’s Office ruled in June that an Uber driver was an employee deserving of a variety of workplace protections—and was not, as the company maintained, an independent contractor—it highlighted the divided feelings many Americans have about what is increasingly being called the “gig economy.”

On one hand, start-ups like Uber, which is appealing the decision, and Lyft make it possible to conjure up rides on a smartphone in a few seconds’ time.

On the other, Uber—which directly employs fewer than 4,000 of the more than 160,000 people in the United States who depend on it for at least part of their livelihood—and similar companies pose a challenge to longstanding notions of what it means to hold a job.

As it happens, though, Uber is not so much a labor-market innovation as the culmination of a generation-long trend. Even before the founding of the company in 2009, the U.S. economy was rapidly becoming an Uber economy writ large, with tens of millions of Americans involved in some form of freelancing, contracting, temping or outsourcing.

The decades-long shift to these more flexible workplace arrangements, the venture capitalist Nick Hanauer and the labor leader David Rolf argue in the latest issue of Democracy Journal, is a “transformation that promises new efficiencies and greater flexibility for employers and employees alike, but which threatens to undermine the very foundation upon which middle-class America was built.”

Along with other changes, like declining unionization and advancing globalization, the increasingly arm’s-length nature of employment helps explain why incomes have stagnated and why most Americans remain deeply anxious about their economic prospects six years after the Great Recession ended.

In retrospect, the Uberization of the economy began innocently enough back in the late 1970s.

David Weil, who runs the Wage and Hour Division of the U.S. Labor Department, describes in his recent book, “The Fissured Workplace,” how investors and management gurus began insisting that companies pare down and focus on what came to be known as their “core competencies,” like developing new goods and services and marketing them.

Far-flung business units were sold off. Many other activities—beginning with human resources and then spreading to customer service and information technology—could be outsourced. The corporate headquarters would coordinate among the outsourced workers and monitor their performance.

Cost was unquestionably an advantage of the new approach: Workers were typically cheaper when off the corporate payroll than on it, and the arrangement allowed a company to staff up as needed rather than employ a full complement of workers at all times.

But simply cutting costs wasn’t the primary motivation. The real advantage was to enable the organization to focus on what it did best rather than distract itself with tasks for which it had little expertise and which were not especially profitable.

Since the early 1990s, as technology has made it far easier for companies to outsource work, that trend has evolved beyond what anyone imagined: Companies began to see themselves as thin, Uber-like slivers standing between customers on one side and their work forces on the other.

The hospitality industry has led the transformation. In the 1960s, according to data cited by Dr. Weil, only a small fraction of United States motels were franchised, meaning they weren’t owned and typically weren’t managed by the chains that branded and marketed them. As of 1986, the franchised figure was 68 percent worldwide for the top hotel chains, like Hilton and Marriott. By 2006, it was 78 percent.

The hotels are frequently owned by outside investors and run by separate management companies, which, in turn, contract out a variety of other functions, like housekeeping, maintenance and janitorial services. Industry-wide, wages have fallen since 2000, and labor law violations are rampant.

Though the broader phenomenon of shifting work to nonemployees is difficult to quantify, data on contingent workers suggests rapid growth in the last decade.

The number for the category of jobs mostly performed by part-time freelancers or part-time independent contractors, according to Economic Modeling Specialists Intl., a labor market analytics firm, grew to 32 million from just over 20 million between 2001 and 2014, rising to almost 18 percent of all jobs. Surveys, including one by the advisory firm Staffing Industry Analysts of nearly 200 large companies, point to similar changes.

Apple is a vivid example of the trend toward relying on outsiders, directly employing fewer than 10 percent of the more than one million workers around the world who are involved in designing, making and selling all those iMacs and iPhones.

The leaner, more flexible workplace is unquestionably a boon to many workers. A company called HourlyNerd, based in Boston, connects alumni of top business schools and other specialized programs to companies with projects in need of completing, like market analysis or examinations of pricing strategy. The most sought-after experts enjoy a steady stream of work, earn well into six figures and can winter in Buenos Aires if they choose.

“I had an offer from another consulting firm, but I wanted more flexibility with my life,” said Carlos Castelán, who started taking on HourlyNerd projects while still at Harvard Business School and now plans to build his career around the platform. “I can work from home, have more control of my schedule.”

It is not just people with advanced degrees who can benefit. Corey Becker spent a few years working as an independent contractor for a company called Cascom, which in turn contracted with Time Warner Cable to install cable, Internet and phone service. Becker was paid by the task, not by the hour.

He was hard-working and efficient, and had no family obligations. He recalled that he made $1,000 to $1,500 in a typical 60-hour week, before taxes and expenses on tools, gas and vehicle upkeep, which he shouldered himself. “I thought it was a great deal,” Becker said.

But many of his colleagues did not fare so well. “Some of the techs were slow, not as good at it,” he said. “Or the home was a mess and you had to fix it—you’re working longer for the same result, same payout.”

Becker estimated that in some cases, these technicians’ hourly pay would fall below minimum wage. In 2009, the Labor Department sued Cascom for misclassifying workers as independent contractors; a judge ruled against the company in 2011 and later awarded some 250 installers nearly $1.5 million in back wages and damages.

Such arrangements can send even highly skilled workers into a precarious state. Unlike many of their colleagues in the fast-growing legal outsourcing and temping market, lawyers who work for Axiom, one of the industry’s leading players, receive health insurance, paid time off, 401(k)’s and money comparable to what they would make at a traditional firm or corporation. Yet many live with the uncertainty of not knowing how long they will go between assignments, during which time they earn no income from the company.

“When I’m done with this job, it could be a month, two months” before another one, said a lawyer who worked for Axiom until 2013 and requested anonymity to avoid drawing attention to her current employer. “It was a stress point for me. My family depends on me.” (An Axiom official said the company worked hard to minimize unwanted downtime, which he said had fallen significantly in the last few years.)

Contingent workers still represent a limited corner of the nation’s approximately $17.5 trillion economy. But even many full-time employees share an underlying anxiety that is a result, according to the sociologist Arne L. Kalleberg, author of “Good Jobs, Bad Jobs,” of the severing of the “psychological contract between employers and employees in which stability and security were exchanged for loyalty and hard work.”

All of which helps explain a discouraging trend in incomes. According to a study by the economists Michael Greenstone and Adam Looney, most men were earning substantially less in 2009 than men of similar ages and education did in 1969, adjusted for inflation.

Sara Horowitz, founder and executive director of the Freelancers Union, an advocacy organization, puts the scale of the dislocation on a par with that caused by the spread of railroads before and after the Civil War and the boom in the mass production of goods during the early 20th century.

“The economic argument is that those who have power in the labor market do better, and traditionally it’s been higher-skilled workers,” Horowitz said. “Today, it’s unclear who has the skills necessary to remain relevant amid all the disruptions.”