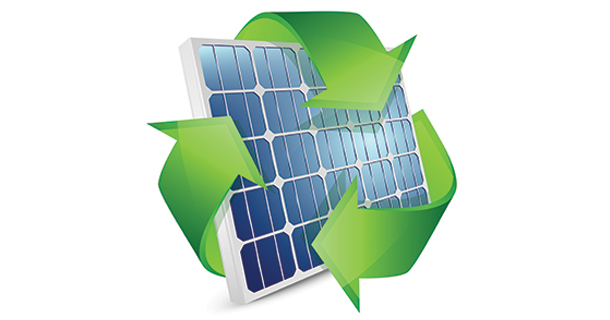 The recently released MIT study, “The Future of Solar Energy,” takes an in-depth look at the solar power industry, and provides up-to-date information on the costs and expected savings from residential solar installation. Despite solar generation being at a considerable cost disadvantage to more conventional electricity generation, there are a multitude of Federal, state, and local solar incentives available to reduce the net costs of solar, and make solar projects profitable for the project developers.

In combination with projections of future cost increases for conventional electricity, which further enhance the profits from installing solar generation, these incentives are driving demand for residential solar capacity. The existence of the incentives, in turn, can be attributed to the above-average value of solar electricity (due to its generation during peak times), and to a national commitment to reduce the portion of electricity that is produced by oil and coal.

Developers are making profits today installing residential systems on single family rooftops. By working together, multifamily owners and operators could profit from solar development even more than residential developers are doing today.

What does solar cost today?

This summary focuses on residential-scale solar photovoltaics (PV). Residential PV project costs include $3,250 per kW for construction, and $20 per kW per year for operations and maintenance. Interestingly, the cost of the solar panels, themselves, account for only about twenty percent of the initial costs, with permitting, installation, hardware for interfacing to the distribution grid, marketing, and sales margin accounting for the other 80 percent.

For a residential sized 7 kW solar project total costs translate to about $25,000 in initial costs and $150-per-year in ongoing costs. To provide cost in more meaningful units, the cost of solar is usually described in terms of a life-time levelized cost per kWh, which depends on the electricity produced over the PV equipment’s useful life (25 years).

The MIT study looked at installations in Massachusetts and California and estimated average solar cost per kWh of 19¢ for California, and 29¢ for Massachusetts. The costs vary between the states because California has significantly more sunlight over the year than Massachusetts and, thus, can generate more kilowatt hours with the same equipment.

Since the average residential electric price in 2013 was 16¢ in Massachusetts and California, lower than the expected average costs of solar, the question naturally arises, “Why does it make sense to install PV at all?”

How can solar be cost-effective for its developers?

There are many incentives available today for all solar projects. These incentives bring the net cost of solar below alternatives currently available to residential electricity customers. First, all solar generation is supported by two federal investment incentives: a 30 percent investment tax credit and 5-year accelerated depreciation for tax purposes. These incentives reduce the gross cost of solar by about 9¢ per kWh, which is a significant boost to the solar project economics. However, by itself, this boost makes solar economical in some, but not all states, so that additional incentives are needed.

State Renewables Portfolio Standards (RPS) drive a second kind of incentive. RPS requires retail providers of electricity to generate or purchase a minimum fraction of their electricity from renewable sources.  Currently, 29 states, including California, Massachusetts, and the District of Columbia have RPS programs. For example, California has a target of 33 percent of total deliveries by 2020 to be from renewable sources. A common feature of state programs involves tradable renewable energy credits (RECs), so that retail providers of electricity can take credit for private residential solar projects by paying the private solar developers to obtain the credits and count the solar projects toward their renewables goals. When there is a specific requirement for solar generation, the corresponding RECs are called solar RECs (SRECs).

Recently, REC prices have ranged between essentially $0 per kWh and 6¢ per kWh while SREC prices have been as high as 65¢ per kWh. The opportunity to sell RECs and SRECs to retail energy providers is a major contributor to reducing the net costs of solar and making it a cost-effective alternative.

Net metering provides a third kind of incentive to install solar generation capacity. Most residential solar projects today operate with net metering, which is a billing mechanism that credits solar energy system owners for the electricity they add to the grid. When more power is produced than used, then the electric meter effectively runs backwards, and customers receive the full retail price of electricity for the power they return to the grid. Since this full retail price includes, not just the cost of generating the electricity, but also the cost of delivering the electricity, solar generators get paid more than the value of the power they generate for the grid.

Individual state and local governments employ a wide array of tools to encourage the deployment of various renewable generation technologies, including direct cash incentives, tax credits and tax incentives, loan programs and favored financing arrangements, programs to facilitate permitting and other regulatory requirements, and many others. For example, both California and Massachusetts provide cash payments to solar generators. Exemptions from sales and property taxes are also often provided.

A final incentive for solar is provided by the market price of electricity. The U.S. Energy Information Administration’s projects modest increases in retail electricity rates of perhaps 10 percent over the next 10 years. This means that if the solar projects installed at least break even in the near term, then over the longer term, profitability should increase.

Why are there so many incentives available for solar?

There are several sound reasons why government at all levels is subsidizing solar electricity projects.

First, solar kilowatt hours are more likely to help reduce peak period electricity generation costs. Although most electricity customers in the U.S. pay uniform charges per kWh throughout the year, actual costs of electricity production are typically highest during hot afternoons in July and August when air conditioning demands are at their peak. During those times, all available generation capacity is called into use. The mix includes high-cost plants that are only used a few hours each year to deliver power during the highest peaks. These times, however, are exactly those times when solar output is at its peak. Thus, the value of solar kilowatt hours is generally viewed as being about ten percent higher, on average, than conventionally-produced kilowatt hours. The project developers typically would not benefit from this advantage unless an incentive were provided.

Finally, to the extent that solar displaces oil-fired generators that still exist in the U.S., solar reduces dependence on imported oil.

The substantial incentives now being offered for solar projects makes them potentially profitable, despite the current considerable gap between the cost of making electricity with solar and the market value of that electricity. Today, the trend in the residential sector has been for third-party developers to manage the projects, splitting the profits with the residential property owners. The third party developer supplies the initial investment required so that the property owner can have a project with no money down.

Multifamily property owners and operators could potentially strike a higher profit from solar projects than current residential customers, for several reasons. First, there may be areas at the multifamily development where larger scale solar projects can be developed which lowers the overall cost per kWh and improves profits.

For example, there may be parking garage roofs providing area for many more solar panels than are typically located on a residential roof top. Second, by operating as an association of multifamily property owners, there may be an opportunity to negotiate a better split with the third party developers so that both sides significantly benefit from the undertaking. Third, an association of multifamily property owners might justify the necessary solar development expertise in-house, and further improve margins on solar projects.

It is also worth noting that in certain multifamily developments, installation of solar might create a competitive advantage in the rental marketplace, attracting residents who would pay more rent knowing that electricity was generated with solar.

The potential for profitable solar installations increases as time goes by. Solar system costs continue to decline, improving the profitability calculation. But current Federal incentives are slated to fall sharply after 2016, and new Federal incentives after 2016 are not fully defined yet. So considering solar in the near term is important.