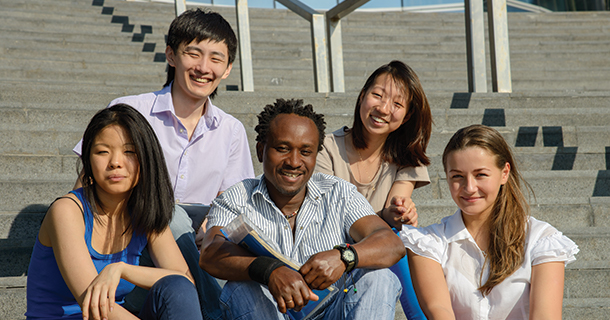 Despite the highest education costs in the world, leading university cities like Boston, New York and San Francisco keep attracting students from around the world. That’s good news—international students support the overall number of students enrolling at U.S. colleges and universities—and that supports student housing companies, which successfully leased tens of thousand of new student housing beds for academic year that started this fall, according to data firm Axiometrics.

U.S. education is the most expensive—and most desirable

“Rapid wealth creation in emerging economies has led to a surge of globally mobile students seeking quality education overseas and, in turn, a place to stay,” according to “Spotlight: World Student Housing,” a new report from Savills World Research. “Bespoke student housing is a highly investible asset class.”

The U.S. remains the number one destination for international students. More than 800,000 foreign students are currently enrolled in U.S. colleges and universities. A quarter of those are from China. India and South Korea are the second and third most common home countries for international students, according to the Organization for Economic Co-operation and Development.

The U.S. attracts these students despite its very high costs. Boston, New York and San Francisco are the most expensive cities in the world to get an education, according to Savills. Boston is the most expensive city, according to Savills. The combined cost of living, accommodation and tuition adds up to well over $5,000 a month. The total annual student costs are over $60,000, of which tuition accounts for two-thirds. Savills compared the cost of living, accommodation and tuition across 22 global university cities for an international student studying for a science degree and residing in quality purpose-built student housing.

Sydney and London follow, with an annual cost of around $48,000. The high cost of housing in those cities is offset by marginally lower tuition fees.

“Students might want to be roomed or housed with other people in the same situation,” says Veith.

Property managers can succeed with these students by learning to serve their needs. That includes making sure any food on offer at a student housing community includes some choices to appeal to international students who are likely to enroll at the particular university. Managers can also identify the languages that new students are likely to speak and make sure they have a few speakers on staff.

“We need to cater to other cultures and have the folks on the ground to make sure they are comfortable,” says Veith.

International students continue to make up 4 to 5 percent of U.S. college enrollment, according to Veith. The student housing business would probably be in serious trouble if it didn’t have this growing number of international students. Over the last year, the overall number of students enrolled has leveled off at the four-year schools where student-housing companies operate most of their communities. Enrollments decreased at four-year private non-profit institutions by 0.2 percent in the spring of 2015 compared to the year before and increased slightly among four-year public institutions by 0.1 percent. Two-year schools and for-profit schools had more serious declines.

International students also help schools meet their “affirmative action” goals to include students from a wide range of racial and ethnic backgrounds. “It helps with diversity,” says Veith.