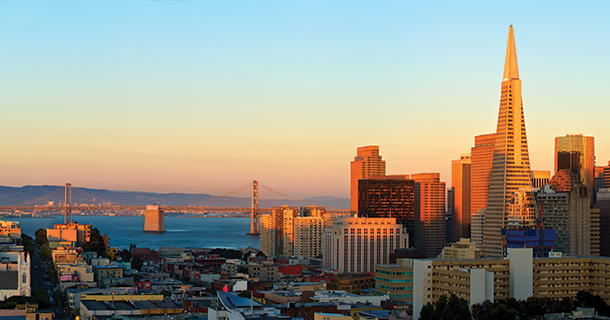 San Francisco has topped the list of every national rental report since Zumper began publishing them in August 2014, and was named the most expensive city in the U.S. years before that. The rapid escalation of rent in San Francisco has left a trail of bitterness, contention, and pain throughout the city, coupled with a resigned sense of exasperation at the stark inability to do anything about it. It has torn apart local communities, caused a mass exodus of low- and middle-income families, and drastically transformed the culture of San Francisco.

Yet, the worst part, undoubtedly, is that there is still no end in sight.

The standard measure of rent affordability nationwide is the so-called “thirty percent rule.” The U.S. Department of Housing and Urban Development labels families who pay more than 30 percent of their income toward housing as “cost-burdened,” and uses this benchmark to set the federal threshold for affordable housing in the U.S. While this rule is hopelessly myopic and outdated, it serves as a useful standard to compare rental burdens in different parts of the country.

According to Zillow, another real estate site, as of August 2015 the national share of income spent on rent is just above the affordability benchmark, at 30.2 percent. In the San Francisco metro area, the rental share of monthly income is at 46.7 percent, the second highest share nationwide behind the Los Angeles area.

Add that to the fact that the average rent for both one- and two-bedroom apartments in S.F. has more than doubled over the past six years, and you can see just how unaffordable San Francisco has become.

The multitude of interconnected factors at play make it altogether impossible to pinpoint a singular cause of the affordability crisis in San Francisco.

For one, there has always been a shortage of housing in S.F. Between 2003-2013, only 1,932 housing units were added every year on average, while the city’s population grew from 775,000 to 837,000, and by many estimates now exceeds 1.2 million during the daytime. The excess of demand and shortage of supply for housing has, for decades, pushed prices higher and higher.

The city itself is already largely overcrowded. As of 2010, San Francisco had a population density of 17,246 residents per square mile, making it the second most densely populated major city in America behind New York.

Historically, expansion has been severely restricted by both the geographical size and location of San Francisco, and by stringent earthquake codes and construction permitting. Unable to build out or to build up, the city has been struggling, and failing, to expand housing development in order to keep up with rapid population growth. Meanwhile, rents have risen to exorbitant and largely unsustainable levels.

The median household income in San Francisco is $77,734, which is almost 1.5 times the national median. Even so, a one-bedroom at $3,530 per month would require an annual income of $141,000 to meet the thirty percent threshold.

For a family renting a two-bedroom apartment at the median price of $4,900, the annual household income required to meet that thirty-percent threshold soars to $196,000. The reality is that, while the large majority of San Franciscans spend much more than 30 percent of monthly income on rent, the burden is far greater for families than it is for anyone else.

Unburdened by the costs associated with raising children, many residents are able to spend a greater share of income on rent—at or above the citywide median of 46.7 percent—than with children. In part, this disparity explains why there are fewer families with children living in San Francisco.

At 13.4 percent of the population, San Francisco has the lowest percentage of residents under 18 in the nation. By comparison, even the population of Manhattan is composed of roughly 15 percent children.

San Francisco’s growing population has been fuelled by one of the largest job booms in the entire country. Since the start of the global financial crisis in 2007, the city of San Francisco has added more private sector jobs than all but three entire states.

Between 2010-2013 alone, 67,000 jobs were added for a 15 percent gain in private sector employment, making San Francisco the second fastest-growing county in the entire nation. While two-thirds of those jobs were in non-tech sectors such as construction, manufacturing, or entertainment, the tech/info sector alone grew by an incredible 45 percent over the three years between 2010-2013.

While it is true that the affordability crisis has indeed been exasperated by the recent influx of wealth, the underlying trends began long before Uber or Airbnb arrived. It is all too clear that something needs to change, and yet the question remains—how can we change it?

Author: Maguire Mealy is a graduate from McGill University, where he studied Economics and Art History.