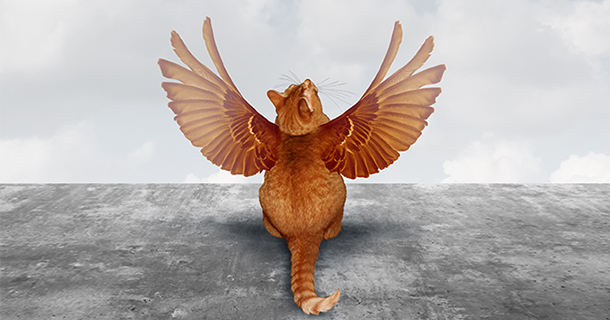 Almost all the offenders who come to the attention of Human Resources are repeat offenders. And boring meetings tend to be boring in the same way week after week.

Business leaders have come to me with steam pouring from their ears and fire shooting from their eyes as they describe the feeling of all-too-familiar work problems: Great, here it comes! Or, Here we go again! They may have tried all kinds of reasonable responses. Generally, they admit to responding the same way, to the same intractable problem, with predictably poor results.

It has proved helpful in these cases to take the real-time moment when you recognize a repeat problem as a kind of cue, a reminder. It’s a cue to improvise. As soon as you notice that you are in a familiar and noxious work setting, where the other party is likely to do the same thing and you are likely to play the part you usually play, then it is time to do something different. The remarkable thing is that the content of what we do instead almost doesn’t matter.

For example, Bob, the CEO of a midsize firm, told me that Theresa, his valued CFO, chronically came to meetings late. He had questioned her, then cajoled her, then reprimanded her, then threatened her. Nothing changed Theresa’s uncollaborative and apparently rude behavior, which she did not deny but also would not improve. I offered suggestions for him, he tried them, and they proved as unhelpful as his own ideas. Finally I offered him what I have come to think of as the ultimate suggestion.

“Next time she shows up late,” I told him, “improvise something you’re never tried before.”

“Bob, if I told you what to do, then what you came up with wouldn’t be improvisation. Anything that isn’t angry will be fine, as long as it’s not your familiar response.”

“Yes,” I said, “by all means stand on your head. That would be an improvement over scolding her as you usually do.”

The first is that you get back in control of yourself. You become less like a train on a track and more like a Jeep on an open field. It’s playful, too: what you come up with in the moment is often light-hearted. It returns your sense of humanity and freedom along with your sense of humor.

The second aim of improvisation is that it can liberate the other person. When you stop playing your familiar role, you implicitly invite them to stop playing theirs. You can’t directly control the other person, but you can change the environment around them—in this case, your own response.  This makes it likelier the other person will respond differently in turn.

“Improvise” does not mean, “Anything goes.” Certain responses are likely to be harmful. It doesn’t count as improvisation to express your familiar anger in slightly new ways. Rather, the realization that an old story is repeating, looked at in this way, becomes an opportunity: your chance to come up with something completely fresh.

Studies have shown that it helps to take time to reflect on work problems. While this would be ideal, we often have to act, relate, and decide on the spot, which means to reduce the time of reflection to a few seconds. It may even be a bonus to do so: the urgency of the moment helps us to come up with a new take on the problem, and it proves exciting to everyone involved.

This is how it worked in the case of Bob and Theresa.

Bob calmed himself before the next meeting, knowing that Theresa would almost certainly be late. He had no idea what he would do, but he was determined to keep his cool and make up something unplanned when the moment came.

Sure enough, she was late. He looked at her, felt the anger start to rise, and decided first of all just to be curious about her. Instead of asking, “Why do you do this?” out loud and in a critical tone, he honestly asked himself, “Why does she do this?” He realized he had no idea. He didn’t really believe she meant to be insulting. He also remembered that he did want her around. He wanted her expertise. Mulling over these things as the meeting began, he suddenly got an idea.

“Theresa,” he said in front of the management team, “I just want to say I deeply appreciate everything you do for this company. You’ve led us through some hard times and I for one am very grateful.”

“You could have heard a pin drop,” Bob told me later. “Theresa looked so surprised.  Everyone looked surprised. I said it and I meant it. She hasn’t been late to a meeting since, but I also think I’d care less even if she were.”

Afterward, this kind of improvisation can look predictable or even manipulative. In the moment, it tends to feel lively and unique. Bob’s behavior included a frequent feature of improvisation in the work context: for a few moments, he did nothing. He refrained from his usual vocal criticism of Theresa, and this in itself may have been as important as his later expression of thanks. It showed to Bob, to Theresa, and to the whole management team that he was about to take them by surprise.

Author: Michael Lipson is a clinical psychologist and a former professor at Columbia University’s medical school. He is the author of Stairway of Surprise: Six Steps to a Creative Life.