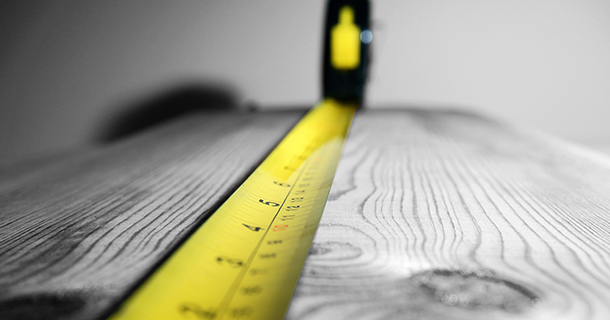 That’s when John lost it. “You agreed to the numbers in our budget meeting! You came up with them!”

Jeanine was silent for a while. Then she stammered out a weak defense that John promptly tore apart. Later, when John and I were debriefing the conversation, he asked me a question that I have heard countless times from countless leaders.

“How do I get my people to be more accountable for results?”

Accountability is not simply taking the blame when something goes wrong. It’s not a confession. Accountability is about delivering on a commitment. It’s responsibility to an outcome, not just a set of tasks. It’s taking initiative with thoughtful, strategic follow-through.

And it’s necessary at all levels of the hierarchy. Executives high on the org chart can’t really be accountable unless the people who report to them also follow through on their commitments. This a struggle, of course. I have seen leaders direct, question, and plead. I have seen them yell, act passive-aggressively, and throw up their hands in frustration —all in the service of “holding people accountable.”

None of that works. Getting angry with people when they fall short is not a productive process for holding people accountable. It almost always reduces motivation and performance.

So what can we do to foster accountability in the people around us? We need to aim for clarity in five areas:

The first step is to be crystal clear about what you expect. This means being clear about the outcome you’re looking for, how you’ll measure success, and how people should go about achieving the objective. It doesn’t all have to come from you. In fact, the more skilled your people are, the more ideas and strategies should be coming from them. Have a genuinely two-way conversation, and before it’s over, ask the other person to summarize the important pieces — the outcome they’re going for, how they are going to achieve it, and how they’ll know whether they’re successful—to make sure you’re ending up on the same page. Writing out a summary is a good idea but doesn’t replace saying it out loud.

What skills does the person need to meet the expectations? What resources will they need? If the person does not have what’s necessary, can they acquire what’s missing? If so, what’s the plan? If not, you’ll need to delegate to someone else. Otherwise you’re setting them up for failure.

Nothing frustrates leaders more than being surprised by failure. Sometimes this surprise is because the person who should be delivering is afraid to ask for help. Sometimes it comes from premature optimism on both sides. Either way, it’s completely avoidable. During the expectations conversation, agree on weekly milestones with clear, measurable, objective targets. If any of these targets slip, jump on it immediately. Brainstorm a solution, identify a fix, redesign the schedule, or respond in some other way that gets the person back on track.

Honest, open, ongoing feedback is critical. People should know where they stand. If you have clear expectations, capability, and measurement, the feedback can be fact-based and easy to deliver. Is the person delivering on her commitments? Is she working well with the other stakeholders? If she needs to increase her capability, is she on track? The feedback can also go both way —is there something you can be doing to be more helpful? Give feedback weekly, and remember it’s more important to be helpful than nice.

If you’ve been clear in all of the above ways, you can be reasonably sure that you did what’s necessary to support their performance. At this point, you have three choices: repeat, reward, or release. Repeat the steps above if you feel that there is still a lack of clarity in the system. If the person succeeded, you should reward them appropriately (acknowledgement, promotion, etc.). If they have not proven accountable and you are reasonably certain that you followed the steps above, then they are not a good fit for the role, and you should release them from it (change roles, fire them, etc.)

These are the building blocks for a culture of accountability. The magic is in the way they work together as a system. If you miss any one, accountability will fall through that gap.

I’ve found that it’s useful to make this list public and to discuss it with the people you’re asking to be accountable before there’s a specific project on the line.

When I explained all of this to John, it was easy for him to identify the gaps in his communication with Jeanine. His expectations were clear, but her capability was lacking, which they had never addressed. Once they’d spoken about the gap, he could support her development with coaching while also reviewing her milestones more frequently. That gave him the data he needed to give her clear and timely feedback.

Remember the question we started with, the one that plagues so many leaders: “How do I get my people to be more accountable for results?”

Now there’s an answer: It depends. Which of the five areas have you neglected?

Author: Peter Bregman is CEO of Bregman Partners, a company that strengthens leadership in people and in organizations through programs, coaching, and as a consultant to CEOs and their leadership teams. Best-selling author of 18 Minutes, and Four Seconds. Names in this article have been changed.