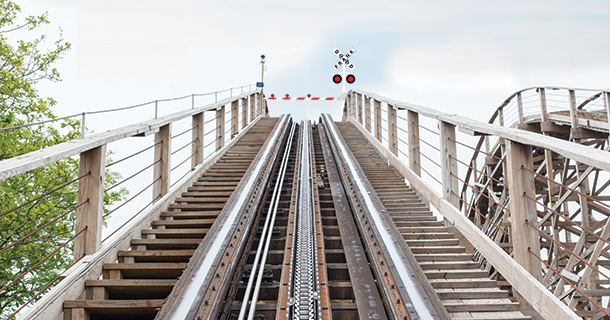 The commercial banks that make most construction loans to apartment developers are beginning to be more careful. That’s because of worries about the many new apartments now under construction, new bank regulations already on the books and new warnings from bank regulators.

A warning from Washington

Federal officials are concerned about construction lending, according to a letter sent in mid-December by three federal agencies that regulate banks, the Federal Reserve, the Office of the Comptroller of the Currency and the Federal Deposit Insurance Corp.

“The letter was more cautionary than anything else,” says Dave Borsos, vice president of capital markets for the National Multifamily Housing Council (NMHC). However, defaults on apartment loans are still low, and demand for apartments seems to be strong. Instead, regulators simply warned lenders to be careful.

New regulations also limit how much risk commercial banks can take onto their balance sheets. The Dodd-Frank Financial Reform and Consumer Financial Protection Act in the U.S. and “Basel III” banking standards were created years ago, but many of their provisions only recently came into full effect. The rules require, among other things, that banks hold capital in reserve to cover potential losses on investments like commercial real estate loans.

It will take time for the long-term impact of the rules to become clear. Some small banks have already taking a break from making construction loans to seniors housing.

Banks are also cautious about the possibility that developers may build too many new apartment projects, leading to increased vacancies. So far, however, demand for apartments seems to be strong, and the number of new apartments developers built in the U.S. was low for many years after the financial crisis.

“Last year was the first year we delivered 300,000 new units since the downturn,” says Borsos. “We had a deficit of new construction for eight years… we still believe there is a lot of absorption that can take place.”

Construction lenders also worry over the rising costs of labor and land to build on. “It is clearly a challenge in certain markets to get banks comfortable with costs,” says Borsos.

Banks lenders now offer construction loans with interest rates that float 250 to 300 basis points over LIBOR. At press time, that worked out to an interest rate of about 3.5 percent, according to CBRE capital markets.

In addition, borrowers can find construction financing from lenders that offer loans through the Federal Housing Administration’s programs. FHA loans can have rigid underwriting requirements and can take as long as six months or more to close, though FHA loans often offer attractive loan terms and interest rates.

“Everything has to fit the box to make it work,” says Hodges. “Balance sheet lenders like banks have more flexibility.”