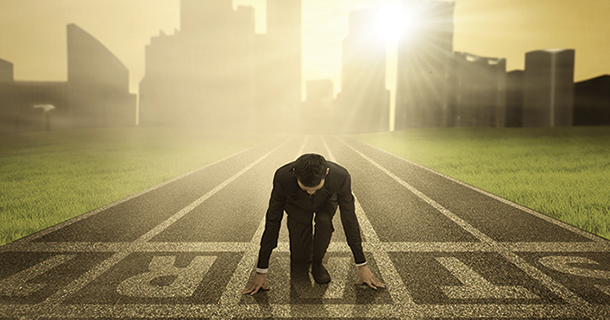 This scenario may not be hypothetical for long. The unauthorized use of prescription drugs such as the ADHD medications Adderall and Ritalin and the narcolepsy drug Modafinil is now common among American university students. They use these drugs not to escape work and avoid responsibility but to be able to work more and better.

Up to 20 percent of Ivy League college students have already tried “smart drugs,” so we can expect these pills to feature prominently in organizations (if they don’t already). After all, the pressure to perform is unlikely to disappear the moment students graduate. And senior employees with demanding jobs might find these drugs even more useful than a 19-year-old college kid does. Indeed, a 2012 Royal Society report emphasized that these “enhancements,” along with other technologies for self-enhancement, are likely to have far-reaching implications for the business world.

And yet aside from anecdotal evidence, we know very little about the use of these drugs in professional settings. The Financial Times has claimed that they are “becoming popular among city lawyers, bankers, and other professionals keen to gain a competitive advantage over colleagues.” Back in 2008 the narcolepsy medication Modafinil was labeled the “entrepreneur’s drug of choice” by TechCrunch. That same year, the magazine Nature asked its readers whether they use cognitive-enhancing drugs; of the 1,400 respondents, one in five responded in the affirmative.

Meanwhile, the world of management remains stunningly silent. But sooner or later executives will have to confront the issue of these drugs. And before making up our minds, we need to understand how these drugs work (or don’t) and ask ourselves some serious questions about what taking them means.

First off, overwhelming evidence suggests that smart drugs actually work. A meta-analysis by researchers at Harvard Medical School and Oxford showed that Modafinil has significant cognitive benefits for those who do not suffer from sleep deprivation. The drug improves their ability to plan and make decisions and has a positive effect on learning and creativity. Another study, by researchers at Imperial College London, showed that Modafinil helped sleep-deprived surgeons become better at planning, redirecting their attention, and being less impulsive when making decisions.

It’s easy to imagine that these benefits would be welcomed in some organizations. The U.S. military has already started experimenting with Modafinil, including with controlled use for Indian air force pilots.

We know that at least some of these drugs are medically safe. According to Anna-Katharine Brem, a coauthor of the Harvard-Oxford study, Modafinil has “vanishingly few side effects” when used in a controlled environment. After the study was published, media reports began to refer to Modafinil as the world’s first safe smart drug.

And the drugs are not terribly difficult to get, depending on where you’re located. Modafinil has an annual global share of $700 million, with high estimated off-label use. Although these drugs can be purchased over the internet, their legal status varies between countries. For example, it is legal to possess and use Modafinil in the United Kingdom without a prescription, but not in U.S.

ADHD medication sales are growing rapidly, with annual revenues of $12.9 billion in 2015. These drugs can be obtained legally by those who have a prescription, which also includes those who have deliberately faked the symptoms in order to acquire the desired medication. (According to an experiment published in 2010, it is difficult for medical practitioners to separate those who feign the symptoms from those who actually have them.) That said, faking might not be necessary if a doctor deems your desired productivity level or your stress around a big project as reason enough to prescribe medication.

Because these drugs are—for the most part —safe, effective, and easy to get, they pose several ethical challenges for both workers and organizations.

Is it morally wrong to use these drugs? Should we compare smart drugs to doping —in other words, to cheating?

Yes, according to a new policy at Duke University, which says that the “unauthorized use of prescription medicine to enhance academic performance” should be treated as cheating.” And no, according to law professor Nita Farahany, herself based at Duke University, who has called the policy “ill-conceived,” arguing that “banning smart drugs disempowers students from making educated choices for themselves.”

For Malcolm Gladwell, “the thing with doping is that it allows you to train harder than you would have done otherwise.” He argues that we cannot easily call someone a cheater on the basis of having used a drug for this purpose. The equivalent, he explains, would be a student who steals an exam paper from the teacher, and then instead of going home and not studying at all, goes to a library and studies five times harder.

Another moral concern is that these drugs—especially when used by Ivy League students or anyone in an already privileged position—may widen the gap between those who are advantaged and those who are not. But others have inverted the argument, saying these drugs can help those who are disadvantaged to reduce the gap. In an interview with the New York Times, Dr. Michael Anderson explains that he uses ADHD (a diagnosis he calls “made up”) as an excuse to prescribe Adderall to the children who really need it—children from impoverished backgrounds suffering from poor academic performance.

Either way, if more and more people use these types of stimulants, there may be a risk that we will find ourselves in an ever-expanding neurological arm’s race, argues philosophy professor Nicole Vincent. But is this necessarily a bad thing? No, says Farahany, who sees the improvement in cognitive functioning as a social good that we should pursue. Better brain functioning would result in societal benefits, she argues, “like economic gains or even reducing dangerous errors.”

Should the use of these drugs be encouraged at work? As a manager at a hospital, would you want your surgeon to be under the influence of these drugs, provided there was clear evidence that they improve his or her work? As the CEO of an airline, would you prefer to have a pilot on drugs if it decreased the probability of accidents?

Companies already know a great deal about how their employees live their lives. With the help of wearable technologies and health screenings, companies can now analyze the relation between bodily activities —exercise, sleep, nutrition, etc.—and work performance. With the justification that healthy employees perform better, some companies have made exercise mandatory by using sanctions against those who refuse to perform. And according to The Kaiser Family Foundation, of the large U.S. companies that offer health screenings, nearly half of them use financial incentives to persuade employees to participate.

Sure, today it seems unlikely that companies could mandate drug use. But then again, if companies can penalize people with poor health, why couldn’t these companies, at least in theory, incentivize the use of drugs if it’s safe and it makes the firm more productive and profitable?

Legal issues aside, this wouldn’t be very difficult to achieve. Many companies already have in-house doctors who give regular health check-ups—including drug tests —which could be employed to control and regulate usage. Organizations could integrate these drugs into already existing wellness programs, alongside healthy eating, exercise, and good sleep.

Can smart drugs lead to a better life outside of work? Perhaps the strongest argument against the use of smart drugs is that it could lead to an ever-intensified corporate rat race. It is clear that we are currently distressingly incapable of drawing a clear boundary between work and non-work.

Organizations, and even entire countries, are struggling with “always working” cultures. Germany and France have adopted rules to stop employees from reading and responding to email after work hours. Several companies have explored banning after-hours email; when one Italian company banned all email for one week, stress levels dropped among employees. This is not a great surprise: A Gallup study found that among those who frequently check email after working hours, about half report having a lot of stress.

Some critics argue that Modafinil is an expression of that, a symptom of a new 24/7 work routine. But what if the opposite is true? Let’s say you could perform a task in significantly less time than usual. You could then use the rest of your time differently, spending it with family, volunteering, or taking part in a leisure activity. And imagine that a drug helped you focus on clearing your desk and inbox before leaving work. Wouldn’t that help you relax once you get home?

In other words, smart drugs could be used to alleviate stress while also making us more productive. In theory, we could work shorter hours in a more focused and productive manner, rather than long hours in an unfocused and unproductive way.

Over the last few months, as part of a new research project, I have talked with five people who regularly use drugs at work. They are all successful in their jobs, financially secure, in stable relationships, and generally content with their lives. None of them have plans to stop using the drugs, and so far they have kept the secret from their employers. But as their colleagues become more likely to start using the same drugs (people talk, after all), will they continue to do so?

I have also tried to get in contact with senior executives who have experience with these drugs (either themselves or in their firms), but without success. I have to wonder: Are they completely unaware of the drugs’ existence? Or are they actively suppressing the issue? For now, companies can ignore the use of smart drugs. And executives can pretend as if these drugs don’t exist in their workplaces. But they can’t do it forever.

Author: Carl Cederström is an associate professor of Organization Theory at Stockholm University and the co-author of The Wellness Syndrome.