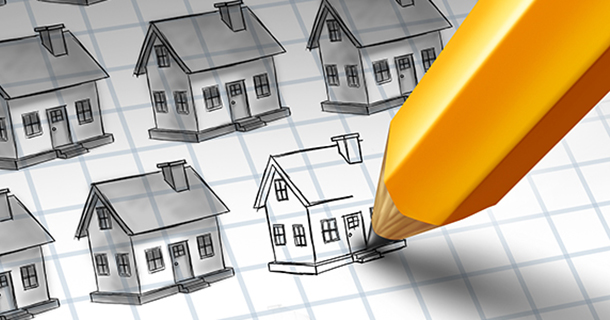 Next week, we will be heading to Cleveland to attend the 2016 Republican National Convention. For lifelong GOPers like us, the convention is an opportunity to connect with old friends, renew our commitment to the party’s core principles, and get pumped up for the final stretch of the campaign season.

But, in Cleveland, we will have another objective–to draw national attention to the rental affordability crisis.

As members of the Executive Committee of the J. Ronald Terwilliger Foundation for Housing America’s Families, we will be hosting a benefit concert on July 19 during the convention festivities to support Make Room, a non-profit initiative that seeks to elevate rental housing on the national policy agenda.

Headlining the concert will be country music stars, BIG & RICH. Joining them on stage will be American Idol finalist and country music artist, Ayla Brown, who just so happens to be the daughter of our Terwilliger Foundation colleague, former U.S. Senator Scott Brown. HousingWire is one of our media partners helping to get the word out.

Together, we hope to deliver a forceful message that inaction and indifference are not acceptable responses to the crisis in rental housing.

We were hit with a big dose of reality last month when Harvard’s Joint Center for Housing Studies released its annual State of the Nation’s Housing report.

Yes, foreclosures are down, single-family home prices are up, and the production of market-rate multifamily units is humming along. This is all good news.

But, as the report tells us, the number of renter households paying more than 30 percent of their income on housing (the federal threshold for affordability) reached a record high in 2014–21.3 million. What’s worse, 11.4 million suffered “severe” housing cost burdens, paying in excess of 50 percent.

Make Room does a great job telling the heart-wrenching personal stories behind these disturbing statistics. For far too many Americans, high rents require difficult trade offs, forcing less spending on other life essentials like nutritious food and health care. For some, paying the monthly rent can be a make-or-break event, with eviction the inevitable outcome.

The biggest victims are often young children who are forced to live in unstable housing conditions that can impose an incalculable toll on their health, education, and future life prospects.

But make no mistake: Excessive rent burdens are not just a “poor” person’s problem. While these burdens hit the lowest-income families the hardest, growing numbers of moderate-income renter households are suffering as well.

Rising rents are also affecting families in all kinds of communities across the country–rural, urban, and suburban. It’s not just a big-city problem. In Ohio, the site of the GOP convention, nearly one in four renters living outside the state’s largest metropolitan areas–Cleveland, Columbus and Cincinnati–spend more than half their income on rent and utilities.

Unfortunately, if we simply do nothing, the rental affordability crisis will continue to grow worse. The reason: shifting demographics.

Over the next decade, new household formation by tens of millions of Millennials, along with the increasing diversity and aging of the U.S. population, will intensify the demand for rental housing, pushing rents even higher.

A stronger economy that raises household incomes and produces good, decent-paying jobs is an essential, but incomplete, solution to the crisis.

At the local level, communities must make expanding affordable housing options a much higher priority. Too often, regulatory and land-use policies impose unnecessary costs that make it virtually impossible to build rental homes affordable to the lowest-income residents, a problem highlighted more than two decades ago by former HUD Secretary Jack Kemp.

At the federal level, we need a far greater investment in the Low-Income Housing Tax Credit, our nation’s most successful affordable rental housing production tool. Investor demand for the Housing Credit is strong, and it’s time to ramp up the program.

Bottom line: All sensible ideas should be put on the table.

Perhaps what’s needed most is focus and leadership.

Despite the significance of housing to all of our lives, the issue has received far too little attention during the presidential campaign and in Washington. House Speaker Paul Ryan and his Republican colleagues deserve credit for putting forward an anti-poverty plan, but expanding access to affordable housing must play a more central role as part of the solution. As Harvard professor and New York Times bestselling author Matthew Desmond explains: “without housing, everything else falls apart.”

In Cleveland, we will be doing our best to raise the volume on America’s rental affordability crisis. If we keep the drumbeat going long enough, we are confident our message will finally get through.