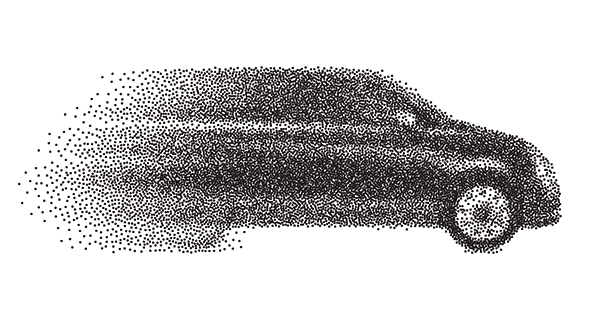 In San Diego’s Little Italy neighborhood, architecture and development company Jonathan Segal FAIA ruffled feathers of nearby residents after it revealed plans to build an eight-story, 35-unit apartment complex with no parking spaces. Without the added costs of a garage, the studio units of around 400 sq. ft. apiece would be more affordable, the firm said.

“It’s the future. There’s a strong demand for people who want to rent units that are efficient,” said developer Jonathan Segal, noting that digging underground parking lots for the building would drive up costs and take away space that could be used for more housing.

Each car takes up about 350 sq. ft. of parking space, including access lanes, he said. Without these costs, he estimates rents will be $1,300 to $1,500 a month, barely half that of comparable apartments nearby.

At the condominium across the street, residents raised concerns about the lack of parking lots during a meeting with the developer in September. Susan Keating, a resident who was present at that meeting, said most of the concerns centered on the possibility “these micro units might be rented out to people who still drive and they might drive round and round the block looking out for parking more than for pedestrians.”

Property developers must adhere to zoning codes that typically include providing a minimum number of parking spaces for a certain amount of space used by tenants. But cities such as New York and San Francisco have been leaders in removing or reducing parking requirements in recent years as part of efforts to curb traffic congestion and encourage more people to use mass transit. Now smaller cities and even some states are following suit.

Nashville is considering proposals to convert parking facilities to housing or other uses. In Oregon, the Transportation Planning Rule requires state, regional and local jurisdictions to reduce parking spaces per capita and improve opportunities for alternatives to the automobile.

Advocates for the removal of parking requirements say they drive up housing costs unnecessarily. In downtown and inner-city projects where buildings cover entire lots, developers have to build costly underground or multistory parking garages.

Researchers in Miami and Los Angeles have found the reduction of parking requirements lowered construction costs significantly and spurred development of homes in areas previously deemed unprofitable. Earlier parking requirements had compelled developers to build fewer units than the total permitted because it was too expensive to build the required parking spaces.

Los Angeles in 1999 allowed developers to convert vacant commercial buildings downtown into housing and exempted them from parking requirements. The Adaptive Reuse Ordinance accounted for 75 percent of the 9,200 housing units built between 2000 and 2010, according to Michael Manville, assistant professor at UCLA’s Department of Urban Planning, who surveyed these developments and compared them with ground-up housing projects that were still subject to parking requirements.

To be sure, reducing or removing parking requirements still gives developers the leeway to supply parking spaces creatively. Rather than dig costly underground garage spaces on-site, some provide parking lots off-site, while others rent existing spaces at nearby garages.

Even so, developers looking to build fewer parking lots often face pushback from the incumbent residents who fear heightened competition for on-street parking when residents who own cars move in.

And in some cities, the deep-rooted habits of residents are still a big influence on parking. Developer D4 Urban LLC successfully leased mostly studio and one-bedroom apartments adjacent to a rail stop in Denver with a 1:1 ratio of parking space to unit, but noted that post-occupancy surveys show that residents still want ample parking spaces.

“While there is a menu of options for residents—Uber, light rail, bicycle—people still endeavor to own a car to get to the mountains,” said Chris Waggett, chief executive of D4 Urban, adding that future projects with bigger apartments will revert to the more-typical 1:1 parking space to bedroom ratio.

“There is an emotive connection to the car that residents have, but it’s different when you talk to commercial tenants. Commercial-property owners are far more willing to reduce their ratios,” Waggett said.