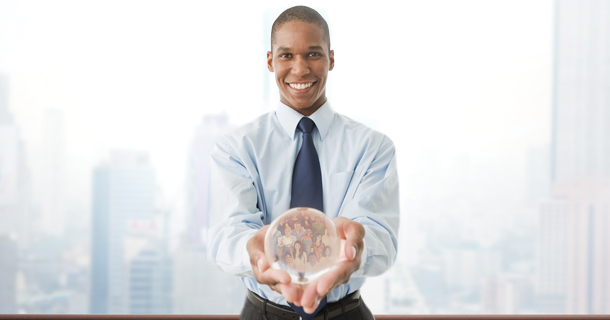 When she was 14, she became friends with Ruby, a black girl, who worked in her aunt’s hair salon in McKinney, Texas, and had many conversations with her about how the black kids were treated, relegated to separate schools with used school books and to the back of the bus and banned from the lunch counter at the diner downtown.

“One Saturday I went to get my hair cut and I asked my aunt if I could take Ruby to lunch. We went out to get in the car. I closed my door and looked over to say something to Ruby and she’d gotten in the back seat,” Sadovsky recalled recently.

Later, she complained to her aunt and grandfather, with whom she lived, that it was terribly unfair and they agreed, but added that it was just the way it was.

“So, that really was the beginning of my interest in treating people with equality and fairness,” said the 74-year-old Sadovsky.

By 1968, when she got her start in the apartment industry with a job as a recruiter for I.C Deal Company in Dallas, the Fair Housing Act (Title VIII of the Civil Rights Act of 1968) introduced meaningful federal enforcement mechanisms, outlawing refusal to sell or rent a dwelling to any person because of race, color, religion, sex or national origin.

Disabled persons and families with children were added to the protected class list twenty years later, through HUD’s Fair Housing Amendments Act of 1988 and the Americans with Disabilities Act that became law in 1990.

Today, the hottest fair housing topics include the April 4 criminal background ruling and ongoing issues related to accommodating assist animals and the fake certificates that have lately become a problem for multifamily leasing agents, said Sadovsky.

The new guidance issued by HUD in early April tells landlords that turning down prospective residents based on their criminal records may violate the Fair Housing Act.

While people with criminal records aren’t a protected class under that act, the de facto problem is that some 80 percent of convicted felons are black or Hispanic, ergo members of a protected class.

Many landlords nowadays farm out their background checks to a third party like CoreLogic’s Safe Rent for prospective resident screening to avoid discrimination claims or lawsuits, but those apartment companies and communities that do their own background checks are advised to first focus on credit and rental histories when checking out rental applicants.

“We may not have to get to the criminal part because we don’t have to rent to them if they have bad credit or have been evicted or can’t pay their rent, have bounced checks or they don’t have a job,” she said.

According to guidance issued by HUD in April of 2013 that explains obligations of housing providers with respect to animals that provide assistance to individuals with disabilities, those disabled persons may request a reasonable accommodation for any assistance animal, including an emotional support animal.

“When the claimed disability is not visible, we have been given the right to request confirmation that the animal is necessary to aid the resident,” she explained.

The recent scam involves an internet-based company that “for $59 or $79, will issue you a service animal document with a gold stamp on it. They never have met the person, never examined the person, don’t know the person and they’re saying that person has a disability and needs a service animal,” she said.

Sadovsky, who addresses the problem in her popular keynote presentation titled “Pot, Pit Bulls, Perps and Parking,” recommends that leasing agents confronted with those possibly fraudulent documents tell the applicant, “We’ll be happy to make a copy and keep it on file. However, it is our company policy to request a document (verifying the need for a service animal) from a knowledgeable third party, preferably some type of health care provider.”

If the prospective resident says, “I’ll just take it to my doctor,” the appropriate response to that offer is, Sadovsky says, “We appreciate that, but it is our policy to send the document to them ourselves and to receive it back from them.”

That document includes language like “My signature attests to the need of Fred Smith to have a 60-pound German shepherd named Rover to help him with his daily life and I understand that I could be asked to testify and swear to this in a court of law.”

“You’d be surprised how many people are now declining to provide such documentation because they don’t want to be subpoenaed,” she said.

A recent local effort to identify landlords in Dallas who violate the assistance animal ruling involved calling apartment communities and asking, for example, “I have a pit bull service animal and I know that properties don’t like pit bulls. Would you be willing to break your rule, since it is a service animal?”

“In the first case I heard of, the leasing consultant said, ‘Well, I don’t think we break our rules for anything, but let me ask’ That resulted in a $3,700 fine,” said Sadovsky.

She’s instructing anyone who gets a call like that to say, “We abide by all fair housing laws. We’d be happy for you to come in and fill out an application and discuss your situation.” As a result, those calls have pretty much stopped, she said.

A law that went into effect July 1 in Virginia makes it illegal to fit a dog with a harness or other signage “commonly used by a person with a disability,” in order to falsely represent the animal as a service dog. Anyone found in violation of that law can be fined $250.

Another fair housing issue that is becoming increasingly relevant, as aging baby boomers leave behind the burdens of single-family home ownership for the convenience of multifamily living, relates to handicapped parking permits. Many will require more age-related accommodations and Sadovsky encourages property owners and managers to be sensitive to their needs, particularly when it comes to everyday issues like parking.

“So, the point of that is that if you just put up a handicapped sign for me in front of my apartment, anyone who’s handicapped, with a permit, can park in that spot,” she said, adding that handicapped persons were complaining that they would come home to what they deemed their spot and another handicapped person’s car was in that parking space.

In recent years, multifamily owners have learned to handle the situation more effectively. When a resident says, “I have a handicapped permit and I need a parking space, we now give them a reserved parking space. It doesn’t have to say ‘handicapped’ at all,” she said.

In fact, a handicapped sign actually reveals that someone has a disability, which is not legal.

If other residents ask the apartment community manager or front desk person why the resident has a reserved parking space, to answer “They have a disability” would be revealing something about that resident that should not be discussed with other people.

“So, what I’m telling everybody to say is, ‘The federal government has given that resident permission and approval to have a reserved parking space,’ and, if they say, ‘Why?’ we say, ‘That’s confidential and it’s between that person and the government.’ It typically stops people from asking more when you say it’s the government,” said Sadovsky.

Another disability issue she addresses in her multifamily presentations relates to public restrooms. If an apartment community has a restroom in the office that is not handicapped accessible, it is not a public restroom and the public should not be allowed to use it. It must accommodate people with disabilities for it to be considered public, she said.

When she says that to people in seminars, “they just freak,” because they’ve got older properties built in the ‘70s and ‘80s and the office restrooms weren’t designed to accommodate handicapped people.

“I tell them, ‘Your option is to not have a public restroom or to remodel your restroom to make it accessible.’ I explain to them that fair housing dovetails with the Americans With Disabilities Act. We are trying to get accessibility for people with disabilities everywhere we can.”

Editor’s note: Sadovsky is neither an attorney, nor qualified to give legal advice. She does not work for HUD or this publication.