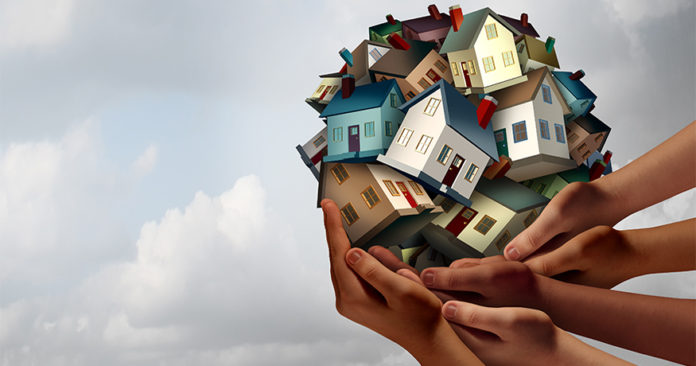 Looking for an easy solution to this complicated problem, hundreds of cities and counties have adopted so-called “inclusionary zoning” ordinances, demanding that developers build and sell a certain percentage of the homes they develop at below-market rates. Those costs, however, are not absorbed by developers. Instead, they are passed along to new homebuyers as a forced low-income housing subsidy, further increasing the purchase price.

Inclusionary zoning measures, by their very nature, only add to the affordability problem. One of the driving forces behind the cost of new housing is over-regulation of land use, which results in a lengthy building permit approval process, costly development restrictions, and numerous fees.

An independent study into the cost of Seattle housing determined that land use regulations had driven up home prices by an average of $200,000 in less than two decades—representing nearly half the $447,800 median price of a house in the region. California’s Office of the Legislative Analyst arrived at the same conclusion in a report entitled, California’s High Housing Cost, specifically noting how land use and environmental regulations frustrate new construction.

Unsurprisingly, in areas like New York, Boston, and much of the West Coast, where development is heavily regulated, the cost of housing has increased to as high as nine to ten times the average salary. Other cities, like Houston and Atlanta, with fewer growth restrictions have maintained a sufficient supply of housing to meet demand, and their home prices have risen more slowly than heavily regulated areas. In practice, inclusionary zoning schemes only add to the regulatory pressures that are driving up the cost of new housing, while providing very few new affordable units in practice.

Setting the wisdom of such policies aside, inclusionary zoning schemes pose a much bigger problem for the public good. By design, inclusionary zoning relies on the government’s power to withhold permit approvals as a tool to extort concessions, such as new houses and/or money, from landowners. The Fifth Amendment of the U.S. Constitution, however, guarantees that government shall not take private property without payment of just compensation.

The U.S. Supreme Court in Nollan v. California Coastal Commission (1987) and Dolan v. City of Tigard (1994) established the “unconstitutional conditions doctrine,” which holds that government can demand property as a condition of permit approval only where it can show that the property is necessary to mitigate the impacts of the development. A faithful application of the doctrine should limit inclusionary zoning conditions to only those circumstances where a proposed development is shown to have some adverse impact on affordable housing.

But that’s not the way that inclusionary zoning ordinances work. Take, for example, a current case in Southern California. Jonathan and Shelah Lehrer-Graiwer applied to the City of West Hollywood for permits necessary to redevelop two adjacent single-family homes into a small 11-unit condominium complex. The City approved the proposal, praising the project’s “superior architectural design” and noting that the development will provide “11 families with a high quality living environment” and “would help the City achieve its share of the regional housing need.” Despite this praise, the City demanded that, as a condition of permit approval, the Lehrer-Graiwers pay a $540,393.28 “affordable housing fee.” The owners challenged the massive fee, alleging that it violated the doctrine of unconstitutional conditions. Surprisingly, the City admitted in response that there was no evidence that the Lehrer-Graiwers’ project would have any negative impacts on housing availability.

You’d think that the City’s concession would have been enough to overturn the half-million-dollar fee, but it wasn’t. Earlier this autumn, the California court of appeal, in a decision entitled 616 Croft Ave. LLC v. City of West Hollywood, refused to even consider the Lehrer-Graiwers’ constitutional arguments. According to the court, demands made by a legislative body—as opposed to any other government body—are exempt from the heightened scrutiny required by Nollan and Dolan. The only “limit” the court placed on the legislature’s “pay-to-play” authority was that the demand must provide some public benefit. That standard, however, is meaningless in practice and provides absolutely no protection against extortionate permit conditions. Under that rule, California cities are given carte blanche to demand any sum from a permit applicant, no matter how unrelated or disproportionate, so long as the money is used for affordable housing or some other public goal.

The Lehrer-Graiwers have just petitioned the California Supreme Court to hear their case, and they’re prepared to go all the way to the U.S. Supreme Court, if required, to vindicate their own rights—and protect all property owners from similar abuses.

Nearly a century ago, Justice Oliver Wendell Holmes famously warned that “a strong public desire to improve the public condition is not enough to warrant achieving that desire by a shorter cut than the constitutional way of paying for the change,” in the case Pennsylvania Coal Co. v. Mahon (1922). That principle held true in the 1920s when the government wanted to take private property and surely holds true nowadays when landowners are faced with a demand to either build or fund below-market housing. The proper, constitutionally valid purpose of development fees is to offset some adverse public impact caused by the development, not to fund expensive public projects.

Bottom line: expanding the supply of affordable housing is an important goal. But scapegoating landowners and violating fundamental property rights is no way to encourage new development.