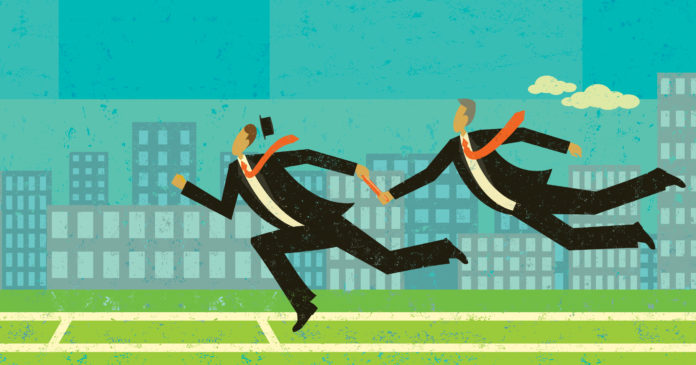 Research suggests that who employees sit next to affects how they perform—and grouping the right types of coworkers together improves productivity and work quality.

We analyzed two years’ worth of data on more than 2,000 employees of a large technology company with several locations in the U.S. and Europe. (The company is a client of Cornerstone OnDemand, which one of us, Jason, works for.) We created unique identifiers for each worker after merging five different data sources:

For every performance measure, we looked at “spillover,” a measure of the impact that office neighbors had on an employee’s performance.

We saw that neighbors have a significant impact on an employee’s performance, and it can be either positive or negative. In terms of magnitude, we found that approximately 10 percent of a worker’s performance spills over to her neighbors. Replacing an average performer with one who is twice as productive results in his or her neighboring workers increasing their own productivity by about 10 percent, on average.

One unique feature of our data is that workers were randomly assigned to teams and to desks, and they were periodically moved around in a quasi-random way due to the demand and supply of workers. A centralized human resource department sent workers to different locations based on the essentially random flow of new workers arriving at a particular time. This suggests that the effects of neighbor location on performance may be casual.

We categorized workers into three types: productive workers, who completed tasks quickly but lacked quality; quality workers, who produced superior work but did so slowly; and generalists, who were average across both dimensions. In our sample, 25 percent of people were productive workers, 25 percent were quality workers, and the remaining 50 percent were generalists.

Pair people with opposite strengths

In our sample, where groups of workers were clustered together, we found that the best seating arrangements had productive and quality employees sitting beside each other, because each helped the other improve. There was a spillover effect on both workers’ areas of weakness: A quality worker tried to match the speed of a productive worker, while the productive worker tried to improve their work quality. When productive workers were seated next to quality workers (and generalists were grouped together), we found a 13 percent gain in productivity (speed of work) and a 17 percent gain in effectiveness (fewer unresolved tasks) in that group.

An interesting finding, for this particular technology firm, is that workers who were strong on one dimension (task quality or task speed) tended not to be sensitive to spillover on that dimension, while workers who were weak on that dimension were sensitive to spillover. This is why putting a fast worker next to a slow worker tends to speed up the slow worker instead of slowing down the fast worker.

Toxic workers were employees who ended up being terminated for reasons related to toxic behavior, which included misconduct, workplace violence, drug or alcohol abuse, sexual harassment, falsification of documents, fraud, and other violations of company policy. Toxic workers negatively influenced their neighbors’ performance.

If toxic employees were near each other, it increased the probability that one of them would be terminated by 27 percent. But in contrast to productivity and quality spillover, any type of worker seemed susceptible to toxic spillover.

If a toxic worker sat next to a nontoxic worker, the toxic worker’s influence won out, and the nontoxic worker had an increased chance of becoming toxic. This suggests that companies should pay close attention to employee engagement surveys to understand how employees feel about their work environment. Surveys can root out toxicity by providing an early warning for managers and HR to intervene.

What drove these spillover effects?

These effects occurred almost immediately but vanished within two months. (Performance was measured daily or weekly, depending on the metric of interest, and then averaged by month.) This suggests that, instead of employees learning from one another, which would likely take some time, the effects were driven by a combination of inspiration and/or peer pressure from sitting near high-performing workers. Of course, we could not distinguish which factors truly drove the effect.

Better spatial management of workers can enhance individual and team performance. But managers need to first look at employees’ performance and see where they would want spillover to occur. We estimate that a strategic seating chart could bring in $1 million in annual profit from greater productivity for an organization of 2,000 workers.

To be sure, different organizations will have different tasks and different kinds of spillover; the optimal seating arrangement for the firm we studied may not be the best for all firms. But it illustrates how office design can influence performance.

Once an organization identifies which spillovers exist, management can plan the space of the organization to produce better outcomes. In this way, physical space, which companies can manage relatively inexpensively, can be a business resource.