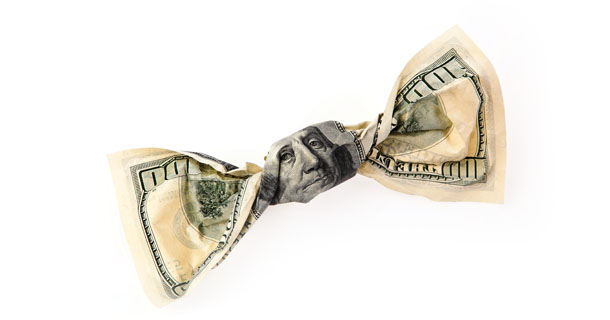 Not since the days of Ronald Reagan, Bill Bradley and Jack Kemp has a wholesale overhaul of America’s tax code been as seriously considered as it is today. But with President Trump in the White House and Republican control of both Houses of Congress, many of the nation’s top lawmakers think the time is ripe.

At a theoretical level, tax reform has many positives. Most experts agree that America’s current tax code is an impediment to growth. The code is riddled with exemptions and the statutory rates are too high. What’s more, there’s even broad consensus on the overall strategy to reform: Eliminate many of the tax exemptions and use the additional revenue to bring down the rates. However, that’s where agreement stops.

And for many industries, including multifamily, a lot hangs in the balance. Rewind 30 years and the multifamily industry suffered in the aftermath of the Tax Reform Act of 1986. Real estate values tumbled in the wake of the act, as passive investors could no longer deduct real estate losses against income earned from their primary jobs.

To safeguard against a recurrence, the National Multifamily Housing Council (NMHC) is focused on five key areas as we work with Congress to craft a tax reform package that promotes economic growth and investment in rental housing without unfairly burdening apartment owners and renters relative to other asset classes.

First, the multifamily industry is dominated by so-called “flow-through” entities (e.g., LLCs, partnerships, S Corporations) as opposed to C corporations. This means that a firm’s earnings are passed through to the partners who pay taxes on their share of the earnings on their individual tax returns. Congress must avoid reducing corporate tax rates at the expense of flow-through entities.

Third, multifamily developers generally borrow, in many cases as much as two-thirds of costs, to finance apartment development. However, lawmakers are considering an elimination of the current deduction for business interest expenses. The elimination of business interest deductibility would greatly increase the cost of debt financing for projects, inhibiting development activity when the nation is suffering from a shortage of apartment homes. Tax reform should retain incentives for real estate investment.

Fourth, some have sought to raise revenue by significantly extending the 27.5-year depreciation period of multifamily buildings. Extending the depreciation period would reduce development and investment, leading to lower real estate values and stifling the industry’s role in job creation. Tax reform should reflect the critical role that cost recovery rules play in real estate investment.

Fifth, reductions in the corporate rate have serious implications for the Low-Income Housing Tax Credit Program (LIHTC). The LIHTC program is a major financing incentive for low-income housing development. Downsizing the program would exacerbate the shortage of affordable rental units. Tax reform should ensure the viability of and strengthen the LIHTC program.

Early in the process

The tax reform process is a fluid one. So far, only the House Republicans have offered an outline of their approach, called the House Blueprint on Tax Reform. On the positive side, it would offer a reduction of tax rates on income and capital gains, allow for expensing of investment and implicit like-kind exchanges and repeal the estate tax. Conversely, it would also eliminate the deductibility of business interest, eliminate like-kind exchanges for land and jeopardize the Low-Income Housing Tax Credit (LIHTC) program.

The Tax Reform Act of 1986, for example, took almost two years to come together and died many deaths along the way, only to be revived as coalitions of lawmakers shifted, business interests weighed in and momentum built. Because the 1986 bill devastated the multifamily industry for years, it’s critical to pay close attention to reform efforts and spend the time analyzing the provisions in a final tax package. Equally critical is weighing in as transition rules, which often include key exceptions, are drafted.

As today’s process moves forward, NMHC and its members are working with lawmakers to educate them about the importance of the multifamily industry and the significance of tax reform to the sector. We will continue to work with representatives, senators and the Trump administration leaders to position the multifamily industry for long-term success.

Author: Matthew Berger is VP of tax for the NMHC in Washington, D.C.