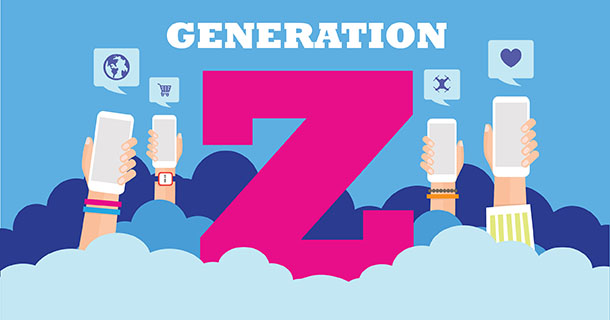 Born from 1995 to 2012, the first members of Generation Z—who succeed the millennials—are graduating from college.

Stillman, who has been studying the generations for 20 years, spoke at the AICPA spring governing Council meeting in Washington to educate CPAs on how to prepare for the newest members of the workforce.

The author of GenZ@Work, Stillman presents with his 17-year-old son (and Gen Z member), Jonah and is armed with research from three national surveys he has done with members of Gen Z.

“We have a new generation,” Stillman said. “They’re not millennials. There are completely different events that shaped them, resulting in a different generational personality.”

Stillman said that when Generation X entered the workforce in the 1980s, its clashes with baby boomers occurred largely because employers were so preoccupied with the boomers that few employers bothered to learn about Gen X.

It seemed that employers learned from that, he said, because the millennials’ traits received a great deal of attention as they entered the workforce after 2000. But Stillman is afraid that Gen Z members may be overlooked in the same fashion as their parents from Gen X.

“Everyone just assumes everyone under 30 is the same,” Stillman said. “They’re calling Gen Z ‘millennials,’ and they’re radically different. If we try to treat Gen Z the same as millennials, it will backfire no differently than it did with Generation X.”

Unlike the millennials who were mostly raised during times of relative prosperity, Gen Z was largely raised during a global recession and the painfully slow recovery that followed. So while many millennials entered the workplace looking for meaning in a job, Gen Z members said salary is the most important factor in choosing an employer, according to Stillman.

While many millennials may have entered the workplace confident in their abilities and eager for work/life balance, 76 percent of Gen Z members surveyed by Stillman said they expect to start at the bottom and work their way up. And while millennials are known for their commitment to collaboration, Stillman said Gen Z members are much more likely to want to do things themselves.

“Baby boomers are going to love their competitive nature,” he said. “We haven’t seen a competitive generation like this since the boomers.”

Gen Z members’ competitiveness and focus leads Stillman to believe that it’s essential for leaders to appeal to them even before they get to college because they are making career plans in high school. That’s OK for high profile, brand-name companies such as Google and Amazon, but Stillman said other professions may not be on high school students’ radar unless members of the profession make substantial efforts to recruit them early.

Stillman discussed three Gen Z traits that are worth considering as they enter the workforce. The first is trait of Gen Z is “Phigital,” which Stillman explains means that the lines between physical and digital have been eliminated.

While millennials have been technology pioneers, members of Gen Z are digital natives who have had cellphones for most of their lives. That means they aren’t likely to be impressed with an employer who has a new dashboard, Facebook page, or website, Stillman said, because they are just going to assume that the latest technology exists in the workplace.

Interestingly, though, 84 percent of Gen Z members surveyed by Stillman said they prefer communicating face-to-face with a boss.

“That doesn’t mean long sit-downs,” he said. “They want their communication in sound bites and quick. If I can look you in the eye, you tell me what I need to know, you go away and I go away and I get the job done, that’s going to be their preferred mode of communication.”

The second Gen Z trait Stillman discussed is a quality he calls “hyper-custom.” Personalized marketing has given them opportunities for customized experiences as consumers. Many have come through college in programs that allowed them to create their own majors.

More than half (56 percent) of the Gen Z members Stillman surveyed said they want to write their own job descriptions, and 62 percent want to customize their own career path.

“It used to be there is one path to partnership or you’re not making it,” he said. “We’ve seen that lighten up a little bit, which is great, but with this generation, the more customized it feels, the more likely you will retain them.”

The desire for customization also creates new demands for training and development, Stillman said. Putting a group of new hires through the same training may not be effective with Gen Z. A more successful approach may be allowing them to dive into their work, with opportunities for them to participate in just-in-time training when they need it.

“FOMO” (fear of missing out) was the third Gen Z trait that Stillman discussed. Gen Z has spent their lives connected to news sources 24 hours a day. Information on sports scores, world events, and even who their friends are taking to the prom is just a swipe away on their smartphones.

This fear of missing out will affect Gen Z members’ career path desires, he said. They will want many different experiences at the same time, so they will want to explore multiple roles and industries at the same time, Stillman said. His survey showed that 75 percent of Gen Z members would be interested in having multiple roles at one place of employment.

“They don’t realize, ‘Wow, I can touch tech. I can touch retail. I can touch manufacturing,’ “ Stillman said. “And really educate them that you get to see all these different industries. In Gen Z’s eyes, if I can touch all these industries, I’m not missing out on anything.”

But FOMO may create challenges for employers because Gen Z members may want to have what Stillman calls “side hustles.” They may work for an accounting firm and also sell crafts on the side. This could create conflict when a manager stops by their desk during the workday and sees them uploading photos of something they are selling.

The manager may receive pushback if demanding full attention from 9 to 5.

“They’re going to say, ‘Well, then why is it OK for you to email me at 8 o’clock at night and expect an answer?’ Stillman said. “They don’t believe in work/life balance. They look at work/life blend, where I get to do my work and my life at all times.”

This dynamic also could cause problems for noncompete arrangements.

Gen Z members’ fear of missing out also may cause managers to rethink the way they provide feedback to employees, Stillman said. Gen Zers accustomed to constantly checking social media and news sites are likely to desire frequent feedback on their job performance, again in small bites, according to Stillman.

Short, quick, frequent discussions will suffice, he said, as 62 percent of the Gen Z members he surveyed say the ideal length of a feedback session is five minutes or less.

Ultimately, Stillman said, members of Gen Z are not better or worse than any other generation. They possess their own unique traits just like the others. He said learning more about them can help leaders smoothly assimilate members of Gen Z into the workforce.