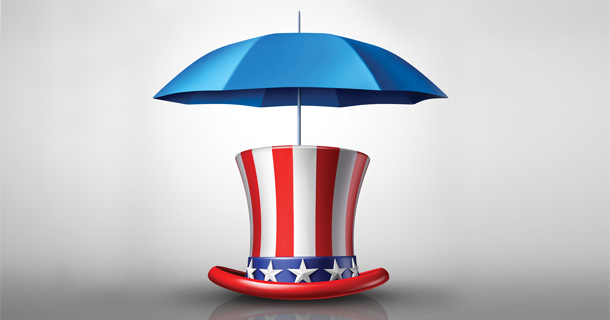 Immigration has become an increasingly prevalent and often polarizing topic within policy discussions, and its effect on the apartment industry cannot be understated. Immigrants are not only a vital component of the industry’s workforce, contributing to both the development and operation of apartment communities nationwide, but they also account for a substantial proportion of apartment demand.

One in four apartment households is headed by an immigrant today. And that number could rise as population trends shift. According to new apartment demand research commissioned by NMHC and NAA and conducted by Hoyt Advisory Services, immigration is on track to outpace natural population growth by 2023, a change likely to further bolster apartment demand.

To that end, we recently dug deeper into three primary drivers of immigrant demand—population size, rentership rates, and household income—and explored how these factors differ across different immigrant groups. This information offers critical insight into key segments of the apartment renter population and begins to suggest implications for how apartment firms invest, market, and operate their assets to better serve growing immigrant renter populations. 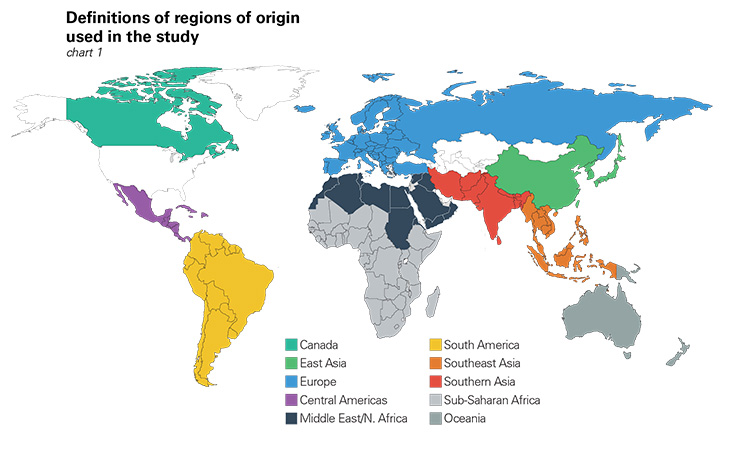 We started by classifying foreign-born residents into ten regions (chart 1). Residents hailing from the Central America region constituted by far the largest share (43 percent) of foreign-born residents in 2015 (most recent data available). Mexican immigrants made up more than 60 percent of the Central American group and over a quarter of the nation’s total immigrant population.

This makes Mexico the most common country of origin for America’s foreign-born population. No other country even comes close. In 2015, for instance, Indian-born residents were the second most populous foreign-born demographic in the U.S., but their numbers only amounted to approximately one-fifth of those who were born in Mexico.

But immigration from Mexico decelerated drastically following the 2008 recession (chart 2). Of the Mexican-born residents living in the U.S. in 2015, just over 1.8 million arrived within the last ten years (2006-2015), while more than twice this amount (over 4.1 million) arrived within the prior ten years (1996-2005). Furthermore, an estimated 1.6 million Mexican-born residents either moved out of the U.S. or died between 2006 and 2015, yielding a net inflow to the U.S. of only slightly greater than 200,000 during the decade.

However, even with this diminished Mexican immigration rate, from 2006 to 2015, the U.S. absorbed a net 1.9 million immigrants from the Central American region, nearly one-third (29.2 percent) of America’s total net immigration during the period.

Following closely was the foreign-born population from Southern Asia, which grew 57.2 percent during the same period to more than 1.3 million. The only immigrant group to grow at a higher rate than the Southern Asians was the Middle Eastern/North African cohort. While a small group—it only makes up approximately 3.4 percent of the total foreign-born population in the U.S.—its growth rate topped 60.1 percent from 2006 to 2015. 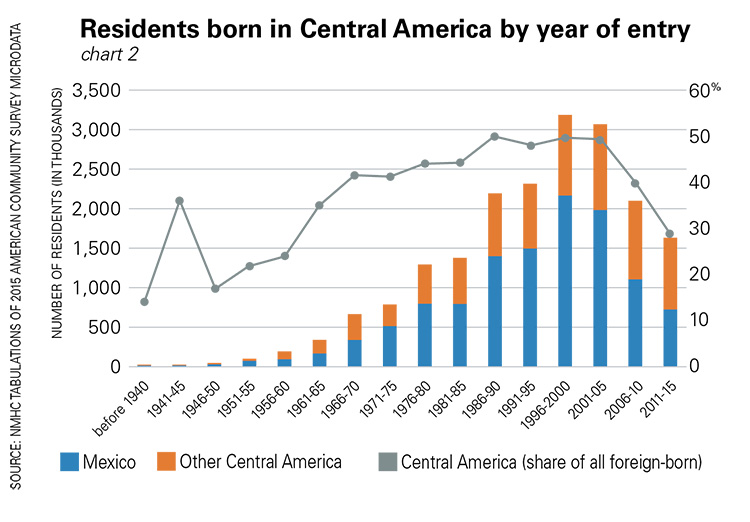 On average, immigrants are 40 percent more likely to rent than native-born Americans. Recent arrivals (2006-2015) from Central America, Sub-Saharan Africa, the Middle East and Southern Asia all posted rentership rates above 80 percent, more than double the rate of all American households. On the other end of the spectrum, recent immigrant householders from Canada rented at a rate of only 48 percent, which, despite being a lower rate than for other immigrant groups, was still higher than the overall U.S. rate.

Unsurprisingly, immigrants’ rentership rates tend to decline as they remain in the U.S. for longer periods of time. However, this progression differs noticeably by immigrant group (chart 3). U.S. residents who were born in Central America, South America and Sub-Saharan Africa, for example rent at high levels even through their second decade in the country. Moreover, householders from these regions who arrived in the U.S. prior to 1996 rent at higher rates than the total U.S. population.

Southern Asian immigrants, however, are at the other end of the spectrum. The rentership rate for those who arrived between 1996 and 2005 is less than half of that of more recent arrivals.

The lower rentership rates observed for earlier arrivals to the U.S. can be explained partly by age. For example, someone who arrived in the U.S. in 1995 at the age of 15 years old would be 35 years old in 2015, putting her in peak home buying years. But still, even among immigrants of the same generation, those who arrived earlier tend to rent at lower rates, as shown in chart 4.

Income also plays an important role in determining immigrant apartment demand, and in this area as well, there are notable differences between distinct immigrant populations.

Among recent arrivals to the U.S. (2006-2015), those with origins in Southern Asia possessed the highest median household income at $70,900. But higher income levels do not always translate to higher rents. In fact, recent immigrant apartment households from Europe, Oceania, Canada, East Asia and South America all recorded higher median gross rents than households from Southern Asia. As a result, the median monthly rent to income ratio for Southern Asian apartment households (21.1 percent) was lower than that of every other immigrant group.

Among the largest immigrant cohort (Central America), the median household income for recently arrived apartment households was $28,800—less than that of all other immigrant groups except for the Middle East/North Africa group. This group also had a similarly high rent-burden level with 60.7 percent of households spending more than 30 percent of income on rent in 2015.

Immigrants from Central America appear to compensate for their lower incomes by living in larger households; recent arrivals from the region averaged 2.96 persons per apartment household, more than every other group (chart 5).

Immigrants have long been a strong driver of apartment demand with their higher propensity to rent and tendency to rent longer. However, new analysis shows the varying nature of apartment demand by immigrant group, with not only time in the U.S. but also region of origin and income influencing their rentership rates. These trends are important to note as apartment firms continue to serve a diverse renter population.