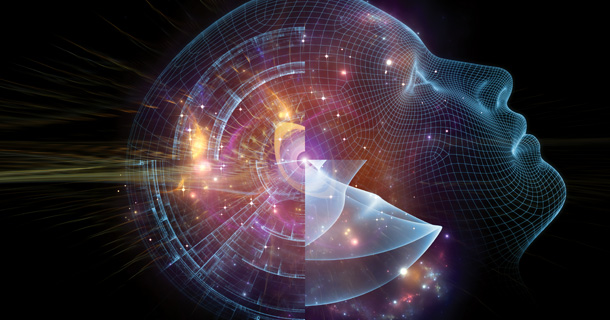 Rather than trying to predict specifics, we suggest an alternative approach. Economic theory suggests that AI will substantially raise the value of human judgment. People who display good judgment will become more valuable, not less. But to understand what good judgment entails and why it will become more valuable, we have to be precise about what we mean.

What AI does and why it’s useful

Recent advances in AI are best thought of as a drop in the cost of prediction. By prediction, we don’t just mean the future—prediction is about using data that you have to generate data that you don’t have, often by translating large amounts of data into small, manageable amounts. For example, using images divided into parts to detect whether or not the image contains a human face is a classic prediction problem. Economic theory tells us that as the cost of machine prediction falls, machines will do more and more prediction.

Prediction is useful because it helps improve decisions. But it isn’t the only input into decision-making; the other key input is judgment. Consider the example of a credit card network deciding whether or not to approve each attempted transaction. They want to allow legitimate transactions and decline fraud. They use AI to predict whether each attempted transaction is fraudulent. If such predictions were perfect, the network’s decision process is easy. Decline if and only if fraud exists.

However, even the best AIs make mistakes, and that is unlikely to change anytime soon. The people who have run the credit card networks know from experience that there is a trade-off between detecting every case of fraud and inconveniencing the user. (Have you ever had a card declined when you tried to use it while traveling?) And since convenience is the whole credit card business, that trade-off is not something to ignore.

Someone at the credit card association needs to assess how the entire organization is affected when a legitimate transaction is denied. They need to trade that off against the effects of allowing a transaction that is fraudulent. And that trade-off may be different for high net worth individuals than for casual card users. No AI can make that call. Humans need to do so. This decision is what we call judgment.

Credit card fraud is an easy decision to explain in this regard. Judgment involves determining how much money is lost in a fraudulent transaction, how unhappy a legitimate customer will be when a transaction is declined, as well as the reward for doing the right thing and allowing good transactions and declining bad ones. In many other situations, the trade-offs are more complex, and the payoffs are not straightforward. Humans learn the payoffs to different outcomes by experience, making choices and observing their mistakes.

Getting the payoffs right is hard. It requires an understanding of what your organization cares about most, what it benefits from, and what could go wrong.

In many cases, especially in the near term, humans will be required to exercise this sort of judgment. They’ll specialize in weighing the costs and benefits of different decisions, and then that judgment will be combined with machine-generated predictions to make decisions.

But couldn’t AI calculate costs and benefits itself? In the credit card example, couldn’t AI use customer data to consider the trade-off and optimize for profit? Yes, but someone would have had to program the AI as to what the appropriate profit measure is. This highlights a particular form of human judgment that we believe will become both more common and more valuable.

Like people, AIs can also learn from experience. One important technique in AI is reinforcement learning whereby a computer is trained to take actions that maximize a certain reward function. For instance, DeepMind’s AlphaGo was trained this way to maximize its chances of winning the game of Go. Games are often easy to apply this method of learning because the reward can be easily described and programmed—shutting out a human from the loop.

But games can be cheated. As Wired reports, when AI researchers trained an AI to play the boat racing game, CoastRunners, the AI figured out how to maximize its score by going around in circles rather than completing the course as was intended. One might consider this ingenuity of a type, but when it comes to applications beyond games this sort of ingenuity can lead to perverse outcomes.

The key point from the CoastRunners example is that in most applications, the goal given to the AI differs from the true and difficult-to-measure objective of the organization. As long as that is the case, humans will play a central role in judgment, and therefore in organizational decision-making.

In fact, even if an organization is enabling AI to make certain decisions, getting the payoffs right for the organization as a whole requires an understanding of how the machines make those decisions. What types of prediction mistakes are likely? How might a machine learn the wrong message?

Enter Reward Function Engineering. As AIs serve up better and cheaper predictions, there is a need to think clearly and work out how to best use those predictions. Reward Function Engineering is the job of determining the rewards to various actions, given the predictions made by the AI. Being great at it requires having an understanding of the needs of the organization and the capabilities of the machine. (And it is not the same as putting a human in the loop to help train the AI.)

Sometimes Reward Function Engineering involves programming the rewards in advance of the predictions so that actions can be automated. Self-driving vehicles are an example of such hard-coded rewards. Once the prediction is made, the action is instant. But as the CoastRunners example illustrates, getting the reward right isn’t trivial. Reward Function Engineering has to consider the possibility that the AI will over-optimize on one metric of success, and in doing so act in a way that’s inconsistent with the organization’s broader goals.

At other times, such hard-coding of the rewards is too difficult. There may so be many possible predictions that it is too costly for anyone to judge all the possible payoffs in advance. Instead, some human needs to wait for the prediction to arrive, and then assess the payoff. This is closer to how most decision-making works today, whether or not it includes machine-generated predictions. Most of us already do some Reward Function Engineering, but for humans— not machines. Parents teach their children values. Mentors teach new workers how the system operates. Managers give objectives to their staff, and then tweak them to get better performance. Every day, we make decisions and judge the rewards. But when we do this for humans, prediction and judgment are grouped together, and the distinct role of Reward Function Engineering has not needed to be explicitly separate.

As machines get better at prediction, the distinct value of Reward Function Engineering will increase as the application of human judgment becomes central.

Authors Ajay Agrawal is the Peter Munk Professor of Entrepreneurship at the University of Toronto’s Rotman School of Management and Research Associate at the National Bureau of Economic Research in Cambridge, Mass. He is founder of the Creative Destruction Lab, co-founder of The Next AI, and co-founder of Kindred.

Joshua Gans is professor of strategic management at the Rotman School of Management. His latest book is The Disruption Dilemma.

Avi Goldfarb is the Ellison Professor of Marketing at the Rotman School of Management, University of Toronto. He is also a Research Associate at the National Bureau of Economic Research, Chief Data Scientist at the Creative Destruction Lab, and Senior Editor at Marketing Science.