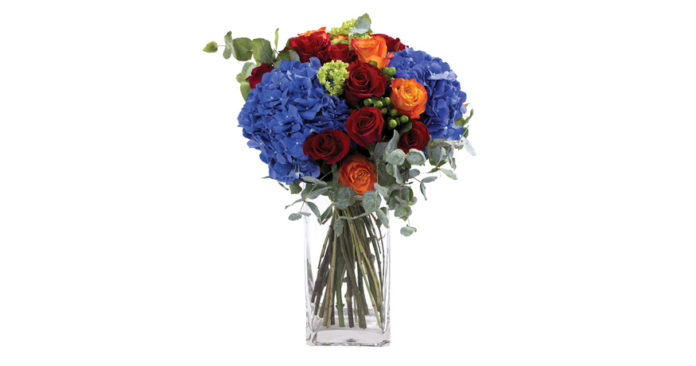 But we can easily overlook the importance of these bonds. As popular writer and researcher Adam Grant has noted, the pressure of tight deadlines and the pace of technology mean that fewer Americans are finding friendship in the workplace. In fact, many of us are further disconnecting from the people we work with: we’re more stressed out than ever, and half of us regularly experience incivility in our jobs.

How can we create possibilities for connection in what is sometimes a hostile atmosphere? We believe there needs to be more compassion.

We define compassion as a 4-part experience of noticing someone’s distress or pain, interpreting it as relevant and important, feeling concern for that person or group, and acting to alleviate their pain. As we talk about in our book, Awakening Compassion at Work, acts of compassion can span from grand and coordinated to small and personal.

Consider Patty who was worried about returning to work after the death of her husband. The thing she dreaded most was arriving at an empty desk on Monday mornings because for the past 15 years Patty’s husband had ordered flowers to be delivered early on Monday mornings. Every Monday, a beautiful bouquet—and a symbol of their life together—graced Patty’s desk.

Summoning up her determination, Patty walked into the office. After saying hello to a few people, she moved toward her desk and caught a glimpse of a colorful bouquet of flowers waiting there. She fought back tears as she read a note from her coworkers, who also did not want her to come back to an empty desk. They cared for her so much that they had collected funds across the entire office and made arrangements for a fresh bouquet of flowers to be delivered every Monday for a year.

Compassion, whether a coordinated gesture or an individual one, increases meaning at work—and not just for Patty, but also for her colleagues and for all the people who see this human response unfold. Being compassionate changes how we see the value of the people who are part of our work world, shifts how we see ourselves, and helps us to see our organizations as more humane.

Our research highlights four ways that people can bring more compassion to work.

Signs of suffering at work are often subtle. Professional norms dictate that it’s not safe to express too much emotion, making it hard to see pain. Attuning ourselves emotionally to patterns in our colleagues, and making ourselves more physically and psychologically available, makes us better at picking up on what’s happening.

Alex described noticing that his coworker Ming-Jer was not enjoying the holiday party. Despite not knowing Ming-Jer well, Alex was concerned. He began by simply asking, “How are you doing, Ming-Jer?” Alex discovered that Ming-Jer was struggling with a chronic illness that was straining his finances and his relationships. Alex told us how much closer the two have become since that moment, and how meaningful the connection has made other aspects of his workplace.

Perfect your capacity for inquiry

Norms about keeping personal and professional life separate can make it awkward to ask personal questions. Organizations such as Accenture and EY are now offering training programs on how to inquire in ways that fosters compassion. Asking “Are you okay?” is one example. This kind of question, asked in a genuine way with comfortable time and space, may increase a sense of safety and open space for compassion. That’s what happened with Alex and Ming-Jer.

When asking directly is too difficult, you can turn to someone who has a closer relationship to share your concerns. In one organization we studied, an employee had been a victim of domestic violence and several of her colleagues felt it wasn’t appropriate to talk with her directly about it. Instead, they shared their concerns with her friends at work who relayed the messages. These intermediaries also became coordinators, organizing a collection of donations and delivery of meals. Asking intermediaries for updates became an effective way for lots of people to participate in creating compassion at work during a difficult, sensitive situation.

Tune into your feelings of concern

Sensing and understanding the distress of another person is often accompanied by a feeling that researchers call empathic concern—a warm desire for the other person to be well. This kind of emotion arises more easily when we know that we have something in common.

When we studied students who lost everything in a fire and the way their university organized a response, we found that a faculty member who had also lived through a fire became a very effective organizer. Her shared experience helped her advocate for resources such as emergency funds, new clothing, computers, and even housing.

But having the prior experience wasn’t the only route to common ground. A fellow student, who had never been involved in a fire, was able to tune into his own deep empathy and concern for his classmates. He used the motivation that flowed from this feeling to facilitate the coordination of books and class notes that allowed full replacement of each student’s customized study materials—again increasing the meaningfulness of their school program for everyone who participated in the effort to respond.

Societal norms often give us a script to follow when we encounter pain or distress: offer condolences, ask whether there is anything we can do to help, and send a card. While these scripts can be helpful, they often fall short of being meaningful to the receiver.

In one nonprofit organization we studied, an executive’s nephew was killed in a tragic accident just before an important board meeting.

Instead of a scripted response, colleagues brainstormed several resourceful ways to take action, including excusing him from attending the board meeting, taking on urgent tasks so that he didn’t have to focus on them, donating their vacation days to him, collectively writing a poem to send to the family, and organizing a tribute to share at the memorial service.

Too many people think of compassion and connection with others as a nice-to-have in organizations. But if people feel like they belong and genuinely care about one another, they will be more creative, resilient, and eager to contribute at work. It’s tempting to ignore distress, and suffering and pretend like they have no place in our offices. But the human experience of pain is going to show up, whether we invite it or not, and the only way to respond is with compassion.

Authors: Monica Worline is co-author of Awakening Compassion at Work, and researcher at Stanford University’s Center for Compassion and Altruism Research and Education. Jane Dutton is the Robert L. Kahn Distinguished University Professor of Business Administration and Psychology at the University of Michigan’s Ross School of Business. Ashley E. Hardin is an assistant professor of organizational behavior at Washington University’s Olin Business School.