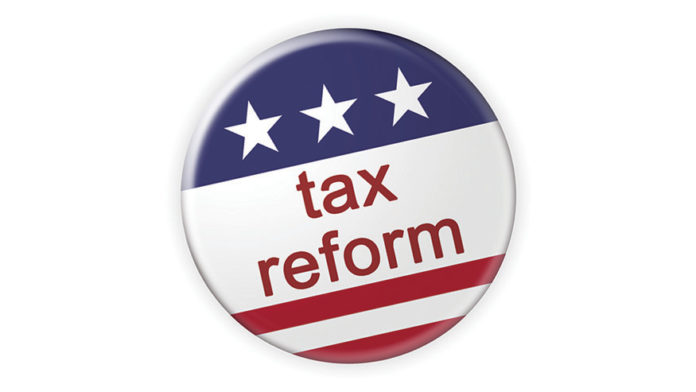 “Our tax system still siphons out of the private economy too large a share of personal and business purchasing power and reduces the incentive for risk, investment and effort.”

You might be forgiven if you thought the above quote was given in recent weeks by the likes of Speaker Paul Ryan (R-Wis.) or Ways and Means Chairman Kevin Brady (R-Texas) or Senate Finance Chairman Orrin Hatch (R-Utah). However, this sentiment was actually offered by President John F. Kennedy over 50 years ago.

For years, the nation has struggled with reforming its tax code. While there have been some steps forward in the decades since President Kennedy’s address, our modern tax code is again a drag on economic growth, job creation and investment. To that end, congressional Republicans and administration leaders are working to develop a comprehensive tax reform package that will cut rates and remove loopholes, creating a more efficient and current code intended to spark growth. This is a laudable goal.

Public leaders have an obligation to foster an environment that is conducive to innovation and entrepreneurship. What’s more, tax reform may hold the key to solving the nation’s housing affordability crisis by giving industry leaders the opportunity to develop new and ambitious housing efforts.

Across our country the cost of housing and lack of supply have been sharply felt, and the situation will only worsen over the coming years unless action is taken. According to recently released research, by the end of 2030, the United States will need to build 4.6 million apartment homes to meet growing demand. This is especially important as the apartment industry nationally supports 38.8 million residents and 12.3 million jobs, while contributing $1.3 trillion to America’s economy. With that in mind, any tax reform proposal must promote investment, minimize risk, foster entrepreneurship and protect and create jobs. To achieve those goals, tax reform should:

Recognize the key role that debt financing plays in building and strengthening American neighborhoods and communities by continuing to allow the apartment industry to deduct business interest. Proposals that would eliminate or restrict the ability of the apartment industry to deduct business interest are troubling. Given that capital is our industry’s lifeblood, this would increase investment costs and restrict the sector’s ability to construct new apartment units.

Not reduce corporate tax rates at the expense of independent business owners who operate as flow-through entities. Every type of company should benefit from tax reform, and multifamily real estate firms, which provide tangible benefits to millions of renters and employees across the United States, should not be forced to shoulder the cost of a tax cut for large multinational corporations.

Understand the value of “like-kind” exchanges that allow property owners to reinvest in apartment communities and grow their businesses, which creates jobs and economic activity.

Ensure that depreciation tax rules match the economic life of assets by accounting for the natural wear and tear of buildings and technological obsolescence. Today’s 27.5-year depreciation period significantly overstates the life of apartment buildings and should certainly not be lengthened.

Help meet housing affordability challenges by ensuring the Low-Income Housing Tax Credit (LIHTC) remains a robust incentive that promotes housing production. As an industry, we recognize that many Americans are having trouble finding an affordable place to live, and want to be part of the solution. LIHTC is the nation’s key driver of new affordable housing and should both be retained and significantly expanded in an overhauled tax code.

The apartment housing industry counts on smart tax policies like these that enable us to meet the demand for apartment living and build prosperous businesses and vibrant communities across the country and for years to come. Our industry wants to build new homes and create new jobs. Now we’re counting on Washington to do the right thing and want to be partners with lawmakers as they craft a 21st century approach to tax and housing policy.