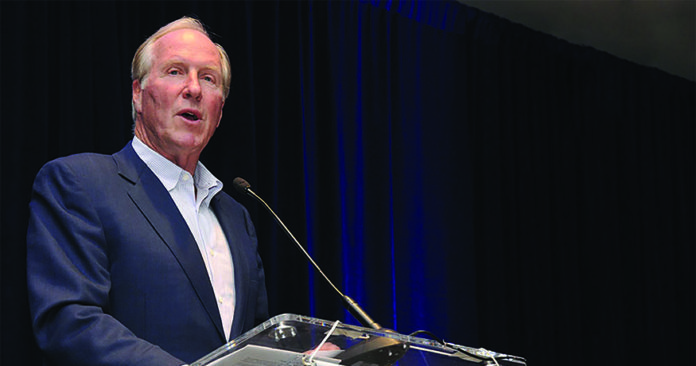 Most of us share a common trait: We are “housers.” We understand the foundational importance of the home.

Our homes, of course, meet a basic need—shelter. But our homes can and should also provide stability and emotional support. The affordability of housing is, of course, critical to every family. A family that struggles to meet the monthly rent or mortgage payment is a family under stress.

Affordability, however, is just one piece of a larger puzzle. Living in an affordable home that is also located in a neighborhood with decent schools and close to job opportunities can make a world of difference. I know this first hand: I grew up in Arlington, Va., in a very modest 900 sq. ft. house. Although my family never made much money, I had the benefit of living in a neighborhood that offered access to good public schools with two caring supportive parents.

The groundbreaking work of economist Raj Chetty reinforces the importance of a home’s location. His research shows that life outcomes improve significantly for young children who move to lower-poverty neighborhoods at an early age. These children are more likely to attend college, earn more in wages, pay more in taxes, enjoy better health, and live in better neighborhoods when they become adults.

Unfortunately, as someone who has worked in the homebuilding industry for more than 45 years, I have never seen the housing situation in America in such desperate shape.

Today, more than 11 million households spend in excess of fifty percent of their incomes just on rent. From 2001 to 2015, the number of “severely” cost-burdened renter households increased by 3.7 million. Rent increases continue to outpace inflation and income growth in most local housing markets. Many families with high rent burdens are forced to forego essentials like nutritious food, medical care, and even heat in the winter. Some live on the brink of eviction.

The major factor driving the rental affordability crisis is the acute shortage of affordable rental homes—a shortfall estimated at 7.4 million for our nation’s lowest-income families.

This supply-demand imbalance has grown worse over the past decade. According to Freddie Mac, the number of apartments considered affordable for very low-income families fell by more than 60 percent between 2010 and 2016.

High rent burdens are having a major spill-over effect in the homeownership market, making it even more difficult for young families to accumulate funds for a mortgage down payment. This fact has conspired with years of stagnating incomes, a lack of affordable inventory, record levels of student loan debt, and the continuing fall-out from the subprime debacle to weigh heavily on the national homeownership rate, which has plummeted more than five percentage points since 2004.

It’s important to remember that 9 million families lost their homes to foreclosure during the Great Recession, and most of these families are now renters.

The concentration of poverty also remains a significant problem. Too many of our fellow citizens, many of them African-American, are trapped in high-poverty neighborhoods that negatively impact their educational and economic prospects as well as their health and even lifespans. Too often, one’s zip code defines one’s destiny.

Unfortunately, as I look out into the future, I see even greater challenges ahead.

According to the Urban Institute, minorities will account for a striking 88 percent of overall household growth from 2020 to 2030. Regrettably, the median incomes of African-American and Hispanic families continue to lag those of other groups, a circumstance that will impact the ability of many to become homeowners.

Our nation is also growing older. The number of Americans aged 65 and above is projected to exceed 74 million by 2030, nearly a doubling of the number in 2010. As they grow older, many seniors will seek to downsize into smaller homes, with millions expected to move out of homeownership into rental housing.

Complicating matters further is the composition of the U.S. workforce. According to the American Enterprise Institute, service and line production workers account for 38 percent of today’s working population and earn wages that average just $26,000 annually. A worker earning this salary can afford a monthly rent of just $650—and, of course, there are very few apartments in the market at this price level.

These three factors—the increasing diversity of the U.S. population, the steep increase in the number of seniors, and the large share of low-wage service workers in the economy—will result in an even more intense demand for rental homes. Without a dramatic increase in affordable supply, rents will soar. Yet many of these rent-burdened families will be unable to afford or access homeownership. A drop in the national homeownership rate to 60 percent or even lower would not surprise me.

In my view, these issues should be keeping our nation’s leaders up at night. Solving the crisis in housing should be as much a priority as health care reform, overhauling the tax code, and rebuilding our nation’s infrastructure.

Over the past year, I’ve been walking the halls of Congress, meeting with Senators and House members, and emphasizing that only the federal government has the resources necessary to address the scale of the problem. While it’s critical that we all continue to advocate for affordable housing at the state and local levels, it’s the federal government that has the fiscal firepower to have a transformational impact.

The truth is, we have a policy: it is reflected in the federal government’s spending priorities.

Believe it or not, the federal government spends approximately $200 billion annually to support housing. That’s quite a bit of money, even by Washington standards. And as I’ve learned in business, money is policy.

Nearly 70 percent of the $200 billion spent on housing funds three specific tax expenditures—the mortgage interest deduction, the deduction for local property taxes, and the exclusion of capital gains on sales of principal residences. These tax expenditures overwhelmingly benefit higher-income homeowners. In fact, 84 percent of the benefits of the $70 billion mortgage interest deduction go to households with incomes above $100,000, while 45 percent accrue to households with incomes of $200,000 or more. Those making $60,000 or less, the nation’s median income, receive virtually no benefit.

Of the $200 billion spent by the federal government on housing, only 30 percent supports rental housing, even though renter households have annual median incomes about half that of homeowners and make up more than 36 percent of households. Because funds are so scarce, only one in five eligible low-income families receives federal rental assistance.

In my view, National Housing Policy—as reflected in our spending priorities—is upside down. It should be re-balanced and targeted to help those who need help the most: the millions of families struggling on the economic margins.

It would provide far greater support to our critical federal rental assistance programs. Whether a family receives a Section 8 voucher should not be a question of luck or a lottery.

It would support new initiatives like a Renters’ Tax Credit that would utilize the tax code to give relief to low-income families who are struggling to make their monthly rent payment.

To increase the supply of affordable rental homes, the policy would triple federal support for the Low-Income Housing Tax Credit. It is simply impossible for the private sector to build and preserve affordable rent homes at scale without the Housing Credit and other subsidies. The Housing Credit has a 30-year track record of harnessing private-sector resources to meet the housing needs of some of our nation’s lowest-income citizens. It should be strengthened substantially.

And a more balanced national housing policy would finance new approaches to support homeownership that actually help families become sustainable homeowners for the first time rather than inflate home prices for existing owners.

Congress is now considering tax reform. This presents a once-in-a-generation opportunity to reset priorities and establish a coherent and effective National Housing Policy.

Unfortunately, the plan now being considered by the House would be a disaster for affordable housing if implemented fully.

While the House plan retains the Low-Income Housing Tax Credit, it would eliminate the tax exemption for private activity bonds. Taking this step would essentially eliminate the 4 percent Housing Credit and cut affordable housing production by more than half. The House bill would also leave distressed communities even further behind by doing away with the New Markets Tax Credit.

In addition, both the House and Senate plans fail to take into account the impact of a lower corporate tax rate on Housing Credit investment. And neither adopts the common-sense, low-cost reforms to the Housing Credit program that already enjoy bipartisan support in Congress.

On the homeownership front, the House bill would reduce the size of mortgages eligible for the mortgage interest deduction to $500,000—in my view, a step in the right direction. But both the Senate and House bills miss an opportunity to promote first-time homeownership by transforming the deduction into a tax credit available to all tax filers, not just those who itemize.

With tax reform pending, we are at a critical juncture. Too much hangs in the balance. Together, we must tell Congress with a loud and unified voice:

On the positive side, a bipartisan group of Senators led by Sen. Lindsey Graham sent a letter to the U.S. Government Account-ability Office asking GAO to prepare a report assessing the current conditions in the housing market. The letter cites the millions of rent-burdened families, the millions more who are unable to access homeownership, and the demographic trends now unfolding in our country. The letter then simply asks, “What is the cost of inaction?”

This is the right question.

Imagine the number of jobs that would be created, the families supported, and the taxes paid, if we achieved the vision outlined nearly 70 years ago in the 1949 Housing Act—that every American family should have a “decent home and a suitable living environment.”

Imagine the talents that would be unleashed if all our children started out their lives with the foundation of a safe, affordable home in a neighborhood that offered access to a decent public school.

The stakes are enormous and the cost of inaction is very high—in fact, too high to accept.

That’s why it is so important to remain committed and keep the pressure on. Whether you’re talking to a member of Congress, a Governor, a mayor, or your local city councilman, the message must be clear: Too many families are suffering. Too many dreams are being dashed. Too many opportunities are being lost. It is time to make affordable housing the priority it deserves to be.