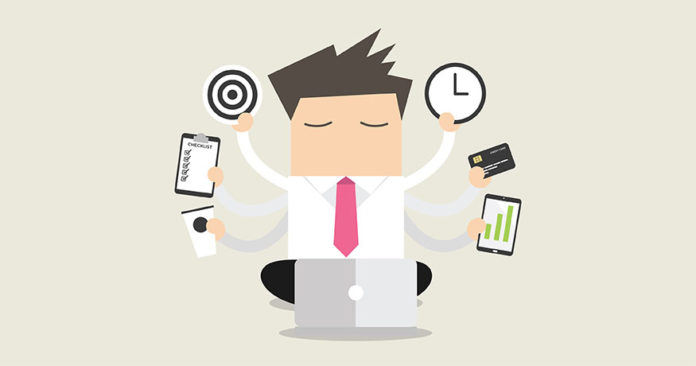 We think of the workaholic as someone hunched in a cramped office in rumpled clothing, sweating over a hot computer while the hours crawl by and everyone else has gone home. Or someone obsessively on email and the phone while they’re supposed to be relaxing on vacation. We say they are “working themselves to death.” But are they, actually?

Recently, Wharton management professor Nancy Rothbard put this long-held belief to the test, teaming up with Lieke Ten Brummelhuis, a professor of management and organization studies at Simon Fraser University, and Benjamin Uhrich, a consultant in learning and organizational development at the Carolinas HealthCare System. “There are so few studies that really look at the implications of our working life on our health,” says Rothbard. Their paper is titled, “Beyond Nine to Five: Is Working to Excess Bad for Health?”

Surveying 763 employees at a large international financial consulting firm, the team investigated whether employees who worked long hours, and those who reported having a workaholic mindset, had a higher risk of developing metabolic syndrome. Metabolic syndrome is a cluster of conditions including high blood pressure, high blood sugar, abnormal cholesterol and excess waistline fat that is known to increase one’s risk of heart disease, stroke and diabetes. The researchers gained access to individuals’ company health screenings and personnel records in addition to the surveys.

Rothbard says that while there has been some research on workaholics’ self-reported physical and psychological symptom—things like headaches, insomnia and stress—this study was one of the first to look also at objective health outcomes: actual changes in the body measured by doctors.

Brummelhuis says, “If you’re working long hours and you are compulsive—you’re preoccupied with work all the time, you can’t switch off, you go to bed but you can’t sleep because you’re ruminating about your job, that’s the unhealthy version of working excessive hours.”

Within the group of true workaholics—those who worked long hours and also couldn’t switch off from work—a striking distinction emerged.

Workaholics who were not engaged with their jobs did show signs of increasingly poor health in terms of metabolic syndrome. However, workaholics who reported being highly engaged and fulfilled in their jobs stayed healthy. It didn’t matter that they put in long hours, drove themselves to work very hard, and thought about their job all the time. In fact, they showed no more risk of developing metabolic syndrome than the average non-workaholic employee.

“We just assumed that all workaholics were going to have a higher risk of metabolic syndrome,” says Rothbard. “It turns out that only some of them do: the ones that don’t have that passion and positive energy around their job.”

Another advantage the engaged workaholics had were more personal resources. Brummelhuis explained, “So they have, for instance, a supportive spouse, or they are more likely to ask for help at work. And maybe that’s why they’re just better at dealing with their work stress.” Rothbard adds: “Interestingly, they report that they have more time management skills, more intrinsic motivation to do their job, and better communication skills.” Another self-reported advantage was co-worker and supervisor support.

Engaged workaholics’ pleasure in their work—along with these personal resources—seems to act as a buffering mechanism from developing the precursors to disease. What really excites Rothbard about the study’s findings is “how your outlook and your mindset can affect your body—that mind-body connection.”

“We were able to look at a psychological process and find that there were effects on our physiological health. I can’t underscore enough how important I think that is,” she says. The team had ruled out other potential risk factors such as heredity and health history, and had gotten the same results. “I was just blown away by that,” says Rothbard.

Both employers and employees should take heed of these findings, say the researchers. Workers’ health problems cost businesses plenty in the form of absenteeism, turnover and health care costs. And employees who don’t like their jobs but work like crazy at them should realize they may be actually putting their health at risk. There could be serious long-term health consequences.

“Make sure you do build in the time for recovery, and that you maintain some balance, and draw on the sources of support that you have,” Rothbard advises.

Conversely, the good news is that if you’re an engaged workaholic, you’re at less risk than you might think given the commonly accepted wisdom. So, if rushing non-stop from meeting to meeting, crunching numbers long into the night, or jotting down a brilliant idea at 3 a.m. is what you love, and you feel recognized and supported for your achievements, don’t let people tell you that workaholism is ruining your health. Instead, it may be what helps keep you going.