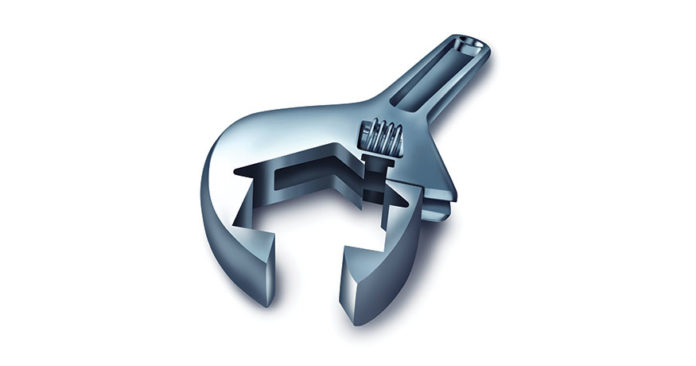 With high demand on top of inadequate supply, the meaning of “affordable” in the most desirable locations can be difficult to gauge. According to the U.S. Department of Housing and Urban Development (HUD) definition, housing is affordable if the expense accounts for less than 30 percent of a household’s income. Affordability, then, reflects a combination of economic factors that differ across the country. For example, in California, the poorest 25 percent of the income earners report spending 67 percent of their income on housing.

Because income is part of the economic equation, the growing demand for housing in California, where job growth continues to outpace the national rate, is intensified by construction activity that remains low by national standards. For example, in 2015–2016 in the San Francisco/Oakland/San Jose metropolitan area, 2.8 building permits were approved per 1,000 residents, well below the national average for major urban areas of 3.9 permits per 1,000 residents. Other urban areas with rapidly growing economies similar to that in the Bay Area—such as Austin, Houston, Raleigh, and Portland, Oregon—approved more than six permits per 1,000 residents for the year ended in September 2016.

The tension between supply and demand for affordability is not new; it has been mounting through the past century. From the years of World War I into the 1920s, suburban population growth outpaced city growth by two to one, according to HUD. Not surprisingly, the focus of suburban development was on single-family dwellings. When the Great Depression hit in 1929, lasting ten years, the country faced new issues of unemployment, loss of mortgage financing, deflation, and stagnant building development.

The federal government’s initial approach in the 1930s was to create two types of assistance programs to provide housing stock, according to the Joint Center for Housing Studies of Harvard University. The first assisted the housing industry by offering mortgage insurance to lenders and developers of multifamily projects. The second provided housing for lease by both federal and local agencies that built and managed apartment buildings for low-income residents.

Since that time, the demand for certain types of housing has continually shifted in response to economic forces and infrastructure priorities. In the 1950s and 1960s, suburban development continued in response to the ease of transportation provided by the highway system. As demand rose, so did housing costs. In the 1970s, a movement began to create adequate low-income housing at the same time that the energy crisis drove up heating and cooling costs. This led to different types of housing products being introduced to address these costs in response to regional climate variations.

The passage of time has seen population shifts, with many native-born Midwesterners and immigrants moving to the Sun Belt and western states, further exacerbating housing scarcity in those areas. Given that the five U.S. states with the most immigrants are California, Texas, New York, Florida, and Illinois, according to the Migration Policy Institute, the population growth affects some of the most sought-after housing markets in America.

The discrepancy in national building rates leaves desirable locations such as San Francisco and other California coastal cities at the forefront of efforts to cope with the problem of housing affordability. People with average incomes are shut out of primary markets because of the rising cost of housing. When coupled with the fact that cities like Santa Monica and San Francisco are havens for desirable jobs, the law of supply and demand yields higher prices in these areas.

The supply/demand imbalance in San Francisco, for example, results in some of the highest rents of any large city in the country. Despite this imbalance, there are 1.75 million jobs within 35 miles (56 km) of downtown San Francisco, with less than half of those within ten miles (16 km) of downtown, according to Slate writer Henry Grabar. With over 700,000 jobs concentrated in the city’s center, the addition of affordable units in this already densely developed core would intensify the already strained traffic.

Despite sharing the goal of increasing the availability of affordable housing, the public and private sectors in California battle over issues such as the appropriate income thresholds for program eligibility.

The dilemma of whether to prioritize low-income families or middle-class residents who typically do not qualify for subsidized housing was recently demonstrated in San Francisco’s passage of an ordinance setting affordable housing dedications in new market-rate developments according to residents’ income.

The ordinance requires that through January 2018 for projects with 25 or more units, 18 percent of rental units constructed on site must be affordable for households within a range of incomes—low income, moderate income, and middle-class income. The off-site alternative is 30 percent. The percentage requirements increase by one percentage point on January 1, 2018, and again one year later, with the additional units apportioned to the “low-income” category. Thereafter, the percentage requirement increases annually by 0.5 percentage points, with the additional units apportioned evenly between the moderate-income and middle-income categories. The increases continue until the percentage levels reach 26 percent for ownership/condo projects, and 24 percent for rental projects.

Until the board of supervisors reached this compromise, San Francisco had no strategy for addressing the housing needs of public service employees, such as teachers and firefighters, who fall in the middle-class category.

In 2015, the continuing need for housing reform was recognized in two court decisions, one by the U.S. Supreme Court and the other by the California Supreme Court, as well as in a new federal regulation that may finally bring reform to the wide disparity in housing affordability.

In June 2015, the U.S. Supreme Court in Texas Department of Housing and Community Affairs v. the Inclusive Communities Project held that the Fair Employment and Housing Act encompasses claims that policies have disparate impacts on different groups. Under the ruling, a housing practice may be deemed discriminatory and illegal if it has a disproportionate and adverse effect on minorities and is not supported by a legitimate purpose.

This does not mean, however, that someone simply alleging a disproportionate impact will automatically void a housing practice. If there is an identifiable policy responsible for the disproportionate impact, then the housing authority must prove the policy is necessary to achieve a valid interest. Only if there is an alternative with a less discriminatory effect will the policy be defeated. Meeting this burden of proof, however, can be elusive.

This court decision led the way to the California Supreme Court addressing the issue as well, which may finally be the catalyst bringing long-awaited change to the wide disparity in housing affordability. That court in 2015 tackled San Jose’s affordable housing ordinance in California Building Industry Association v. City of San Jose, which it upheld.

It found that requiring developers to set aside 15 percent of units for low- or moderate-income households when they build 20 or more for-sale residential units did not constitute an exaction, defined as a land use decision conditioning approval of development on the dedication of property to public use. Developers could satisfy the requirement either by building affordable units or by providing affordable supply through alternative means, such as building affordable units elsewhere, paying an in-lieu fee, dedicating land to the city of equal value to an applicable in-lieu fee, or acquiring and rehabilitating a comparable number of affordable units.

The decision enables cities to defend their housing ordinances by satisfying only a low constitutional standard, thereby allowing greater flexibility while still promoting the public welfare of the community.

The AFFH rule provides a planning approach to help participants in affordable housing programs take meaningful actions to overcome historical patterns of segregation, promote fair housing choice, and foster inclusive communities that are free from discrimination. The question becomes how and what will be deemed “meaningful actions” in light of different circumstances facing counties across America.

The AFFH rule specifies the following:

“Affirmatively furthering fair housing means taking meaningful actions that, taken together, address significant disparities in housing needs and in access to opportunity, replacing segregated living patterns with truly integrated and balanced living patterns, transforming racially and ethnically concentrated areas of poverty into areas of opportunity, and fostering and maintaining compliance with civil rights and fair housing laws. The duty to affirmatively further fair housing extends to all of a program participant’s activities and programs relating to housing and urban development.”

The AFFH rule allows each community to craft its own recipe for complying with the rules. This can take the form of conversion of government-run public housing units to Section 8 units (private sector units accepting government subsidies), the streamlining of new development permits, and many other concessions to encourage increased supply of affordable housing.

While developers attempt to design projects that address specific community needs, the courts continue to focus on paving the way for alternative financing for affordable housing. In 2016, another California decision by a state appeals court, 616 Croft Ave., LLC v. City of West Hollywood, upheld the city’s in-lieu housing fee requirement as a permissible part of the city’s regulation of land. (The California Supreme Court denied an appeal; the U.S. Supreme Court has not announced whether it will consider the case.)

The 616 Croft developer had challenged the city requirement that for-sale residential projects of ten or fewer units either sell a portion of the newly constructed units at below-market rates or pay in-lieu fees designed to fund construction of a similar number of affordable units. In reaching its decision, the appeals court noted the issue of lack of affordable housing that has spanned four decades.

Legislation in the works

Though California typically takes the lead in areas of regulation, from housing issues to the environment, a solution to the state’s housing crunch remains elusive. Members of the California Senate in June passed another series of bills designed to address the affordable housing crisis. Those bills include:

While these bills await approval by the lower house of the legislature and then the governor’s signature, recent efforts to address energy demand and climate change via new zero-net-energy (ZNE) building standards complicate the twin tasks of addressing climate change and providing affordable housing. The ZNE measures are expected to increase the cost of new buildings—possibly by $23,000 for a $300,000 home, for instance. This is expected to further exacerbate the state’s deficiency in affordable housing stock. Though aggressive ZNE requirements may offer occupants healthier and more comfortable living conditions, higher home values, and lower utility bills over a building’s lifetime, the short-term effect on the availability of affordable housing is unclear.

In certain communities, opportunities exist to create affordable developments near city centers despite past opposition to increased density in high-rent areas. Available options to promote such development may include diversifying product types to enable a broader reach of availability, streamlining approvals for developments that include an affordable component, forming partnerships to create multiple sources of financing, and designating planning areas for affordable housing to allow increased density and height. The rise of alternative thinking can be seen in the second YIMBYtown Conference, held in Oakland in July—a gathering of pro-development YIMBY (yes in my backyard) groups that advocate building more housing in hopes of easing exploding rents and home prices.

For many, the lack of affordable housing has become a roadblock to their American dream. While the landscape for affordable housing is changing, so too are attitudes regarding ways to cope with the increasing need while recognizing political and financing constraints. With the tide of recent law and regulations supporting affordable housing, communities should be encouraged to strive for their own individual solutions to address their housing needs.