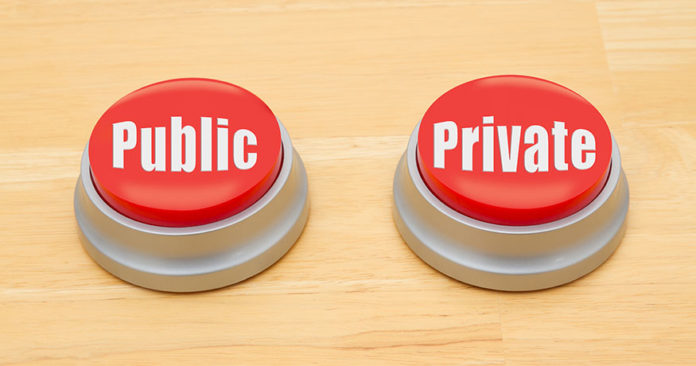 Controlling housing rental rates is a classic example of the erosion of private property rights. Traditional rent controls specify a maximum rent that property owners legally may charge for use of their dwelling. Further, tenants typically are prohibited from subleasing at rates above the rent ceiling. The effects are diverse and far reaching, and many are unseen by the casual observer. At the most fundamental level, however, rent controls represent a transfer of the rights of property from the property owners to tenants, both present and future.

Wrong side of history

Inflation in the 1970s revived interest in rent controls. Rising prices for fuel, maintenance, materials and capital and a growing demand for rental housing as home ownership became more expensive raised rents dramatically. Angry tenants, who consider the higher rents unjustified and who view property owners as unscrupulous profiteers, have succeeded in establishing some type of rent controls in more than 200 communities.

Because rent is simply a special name given to the price of housing services, rent control is a special case of price control. It is an attempt to set price without regard for the supply and demand for housing services. Do rent controls help tenants? On this the evidence is clear: in the short run cement tenants benefit at the expense of property owners, but in the long run both tenants and owners are worse off.

Rent controls in effect are a tax on property owners and a subsidy to tenants. Owners receive less than full market value in rents and tenants pay rents below market value. This is a classic case of wealth transfer by government. It is not surprising then to find existing tenants as leading advocates of controls. Over time, however, other developments work to the disadvantage of tenants and especially future would-be tenants. Because controls reduce the rate of return on investment in rental housing, builders are discouraged from constructing new units.

Some recent controls have sought to avoid this problem by exempting newly constructed units from regulation. This can hardly be encouraging to prospective builders. After all, what the government has done to property rights in today’s existing housing may be done to property rights in tomorrow’s existing housing. Instead of increasing the supply of rental housing to match the increasing demand brought on by inflation, the controls exacerbate the problem by taking away owner wealth and creating uncertainty among would-be suppliers of rental housing. As evidence of the power of controls to stifle supply, note that in France there was almost no new residential construction under controls from 1914 to 1948.

Even the current supply of rental housing is affected by controls. If rents cannot keep pace with operating costs, maintenance will be curtailed. While nominal rents may be kept constant by controls, effective rents rise as quality declines. Eventually the quality of rental housing will be brought in line with the controlled price. As experience reveals, if owners are unable to cover their direct operating costs, units will be allowed to deteriorate to the point of being uninhabitable and eventually abandoned. In New York City an estimated 30,000 units are abandoned annually.

Controlling rents also results in inefficient use of existing units. Because controls favor existing tenants, they are reluctant to move and occupy other units as their space needs change. For example, couples whose children grow up and move out may continue to occupy larger units than they would otherwise, while younger, growing families are crowded into smaller units.

Controls have other effects on tenants, even in the short run. Controls promote black-market transactions and discrimination. People who value rental housing highly but who are unable to find it will seek methods to induce owners to rent to them instead of others. These methods may involve cash bribes, but probably they will take the form of prepayment of rent, large unrefundable damage deposits or an agreement to purchase the owner’s furniture at exorbitant prices. Because price no longer serves to allocate space among competing tenants, owners rely more heavily on nonmonetary devices for choosing tenants. They naturally can be expected to favor those who appeal to their own prejudices and to discriminate against those whose characteristics they regard as undesirable. The undesirables typically include members of minorities, families with children or pets, unmarried couples and students. The effect is to accentuate the importance of an individual’s undesirable (from the viewpoint of the owner) characteristics.

Clearly rent control is a poor way to cope with rising rents and a perverse way to induce more housing. If the objective is to subsidize low income families to assure access to adequate housing, the problem is income, not housing, and the solution is to raise their incomes. This is a problem for society at large, not one that should be shouldered by housing owners alone through the conscription of property and the transfer of wealth. On the other hand, if the problem is an inadequate supply of rental housing, the solution is to induce more, not less, existing housing space to be rented and to induce more, not less, construction of new units.