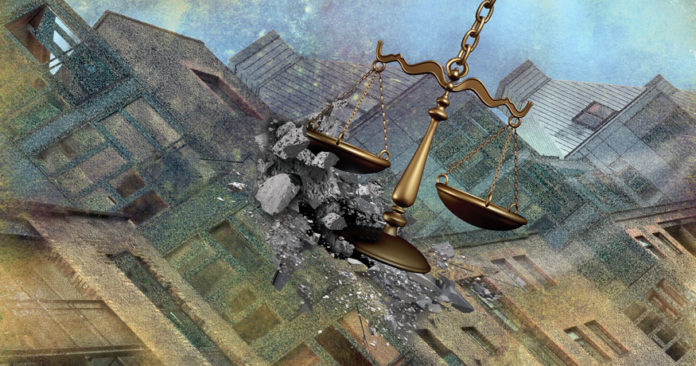 A new paper analyzes the effects of rent control expansion in the city and finds that it reduced rental housing supply, causing a city wide-rent increase.

People are understandably worried about the cost of living, of which rent is often a major share. They are concerned that they will be unable to afford to live in dynamic, thriving cities. However, rent control cannot make affordable housing available. In many cases, rent control policies lead to outcomes that are diametrically opposed to their intended results.

In their new National Bureau of Economic Research working paper, Stanford University researchers Rebecca Diamond, Tim McQuade, and Franklin Qian analyzed variations in the assignment of rent control due to the effects of a 1994 San Francisco ballot initiative. Multifamily housing built prior to 1980 was subject to the initiative’s rent control protections, while multifamily housing built after that was not.

Using panel data with address-level migration decisions and housing characteristics for almost all adults living in the city during the period, the authors used renters in small multifamily housing built after the 1980 cutoff as the control group, and the corresponding group in units built before the cutoff as the treatment group.

Unsurprisingly, the beneficiaries of rent control, tenants already in those affected units, were between 10 to 20 percent more likely to remain in their 1994 address relative to the control group. The economic benefit to people living in these rent-controlled apartments averaged between $2,300 and $6,600 per person per year.

At the same time, evidence suggests that landlords had an incentive to remove tenants, particularly in areas where overall rents appreciated the most. Landlords could do this by offering tenants monetary compensation or by moving into the property themselves. Under the provisions of California’s Ellis Act, landlords could also evict tenants if they were planning to remove the property from the rental market, by converting them to condos, for example. Rent-controlled buildings were almost 10 percent more likely to convert to a condo or Tenancy in Common than those in the control group.

Overall, affected landlords reduced their supply of available rental housing by 15 percent, and the number of renters living in affected buildings fell by 20 percent. These changes led to a city-wide rent increase of 5 percent. The higher rents have a present discounted cost of almost $3 billion for tenants, with 42 percent borne by future residents.

While some incumbents benefited from the rent control policy, future San Francisco residents had to bear much of the costs, and rent control reduced housing supply and increased rent in the longer term.

The authors suggest that the substitution away from housing subject to rent control, and towards owner-occupied housing or new construction, “likely fueled the gentrification of San Francisco,” and that rent control policies have increased income inequality in the city overall.

Paul Krugman, not one generally opposed to the policies pursued by supporters of the Democratic Party, wrote back in 2000 in the New York Times that “the analysis of rent control is among the best-understood issues in all of economics, and—among economists, anyway—one of the least controversial.”

The consensus is nothing new, as a 1992 poll from the American Economic Association found 93 percent of respondents agreed with the statement “a ceiling on rents reduces the quality and quantity of housing.” More recently, a question from the IGM Forum from the Booth School of Business asked economists whether rent control policies have had a positive effect on the amount and quality of broadly affordable housing: 81 percent disagreed, while only 2 percent agreed.

Unfortunately, the long-standing consensus among economists, these most recent findings, and previous studies revealing the ineffectiveness of rent control policies have done little to quell the appetite for them throughout the country.

Policymakers in cities facing higher housing and rental costs are searching not for potential solutions, but for populist measures that will get them reelected. As the most recent study finds in the case of San Francisco, rent control policies can impose significant costs on future residents by reducing the supply of rental housing and increasing rents. Politicians considering the creation or expansion of rent control policies should look elsewhere for answers.

Author: Charles Hughes is a policy analyst at the Manhattan Institute