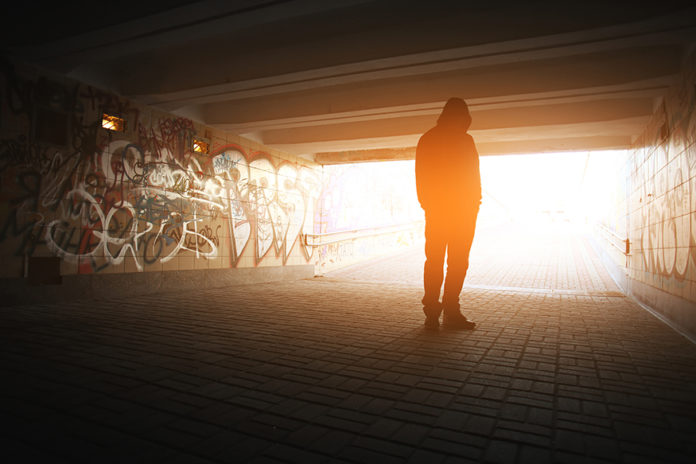 Mental illness runs in my family. So does genius. While you may have heard me mention relatives who are inventors and creators, I’m certain you’ve never heard me mention the “other” relatives—homeless with multiple evictions, reclusive, low functioning, always in “crisis,” and rarely connected to the family, society or resources (their diagnoses preclude it).

The closing of mental institutions in the 1960s marked a significant shift in our society and has steadily changed our nation—for better and worse. While we’re most aware of the impact on society when unstable individuals harm others, our social and moral failure to deal with this crisis head-on hurts the mentally ill on an even broader scale. Exactly which voice that my relative hears are you asking when you inquire if he/she will harm themselves or others? A “yes” answer to the harm question is one of the only ways they can be officially brought in for treatment (called a 5150) when they’re experiencing a psychotic episode. Unfortunately, a “no” answer usually means that they receive no treatment.

The challenge of helping the mentally ill is further complicated by the fact that mental illness is not just one disease. Rather, there exists a broad spectrum of illnesses ranging from a single case of the blues, to reactive attachment disorder, to chronic psychopathy. Faulty logic, something we all work to avoid in life, is chronic in the most challenged of this population. It is often revealed through multiple evictions, poorly utilized resources, and destruction to apartment units. Normalizing this behavior is, well, crazy.

The actions of the 1960s channeled a continuous stream of the untreated mentally ill into society. No notice or guidance was given to apartment owners and operators as this population surreptitiously came under their care. This was exacerbated by laws that were/are unhelpful to either the preservation of the apartment/asset or the health of the resident.

I am mortified, morally and as a property owner, when I learn that my mentally challenged family members have been destructive to property (an apartment), disruptive to communities and more.

Just as mental illness covers a broad spectrum of diseases, housing covers a broad spectrum of needs—often reaching into the realm of healthcare. The idea of creating EnVision Centers, with HUD’s first pilot center opening in Detroit, is brilliant. The concept has legs but implementation challenges remain. Can multiple government agencies truly work in harmony, can public and private entities work together, will it change client outcomes? It’s a remarkable innovation and one worth watching.