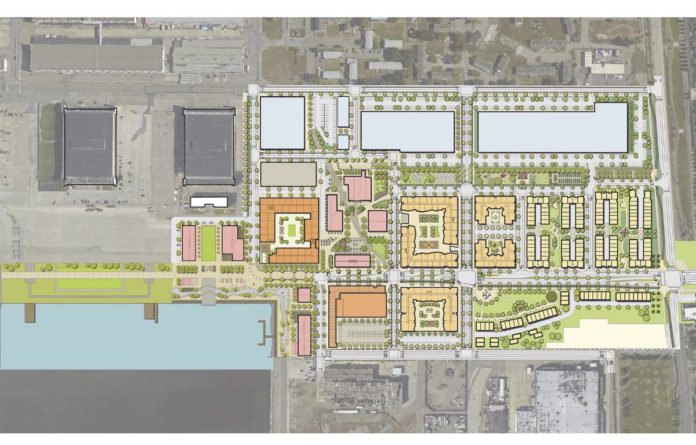 The land is on the site of the old Naval Air Station, Alameda, which was closed in 1997 but continues to hold its place in history. The property includes the site of the terminal from which the Pan Am Clipper flying boats departed on their service to Asia in the 1930s. The naval air station was also where Jimmy Doolittle’s B25s were loaded aboard the USS Hornet for their raid on Tokyo in April, 1942. Previous attempts to redevelop the site in 2001 and 2007 fell through.

Phase 1 provides for 673 housing units, including 550 apartments and 123 townhomes.

Seventy of the units will be designated family apartments and 60 units will part of a senior apartment community, both of which will be affordable to low and very-low income households. These communities will be built by Eden Housing.

Of the other housing units, 310 are projected to be affordable to middle-income households.

Even prior to this project, the city of Alameda already had a somewhat higher portion of apartment housing than the country as a whole. This is illustrated in the following chart which uses data from the US Census Bureau American Community Survey: 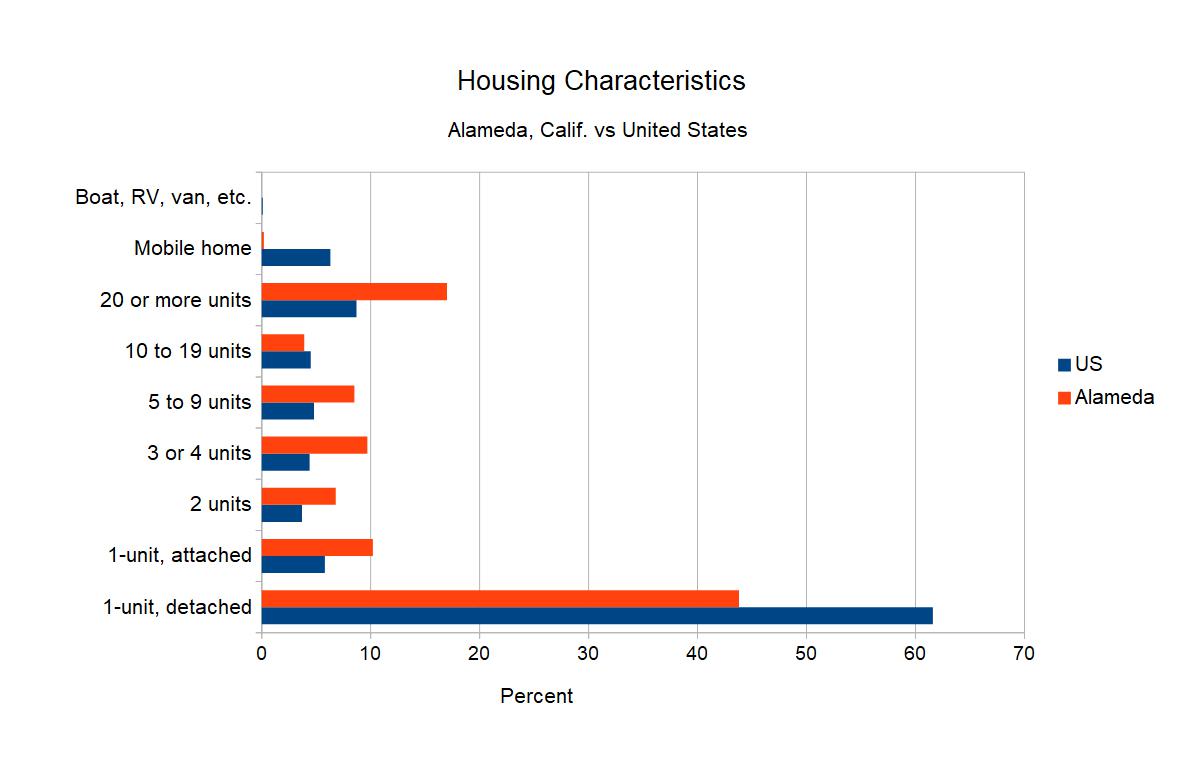 In the past, the city of Alameda was hostile to building apartments. In fact, between 1973 and 2003, the city banned building new rental buildings with more than two units. Mandates from the State of California make higher density housing almost obligatory today.

Of the 67.8 acres in the parcel to be developed in phase 1, 16.3 acres are devoted to streets, 14.8 acres are set aside for public parks or plazas and 36.7 acres are to be used for private development. The plan also calls for nearly 7 acres of “privatized open space” within the housing developments and 93,000 sq. ft. of retail space.

Developments are also planned on other parts of the Naval Air Station Alameda site but the greater part of the property will be set aside for open space and a nature preserve.