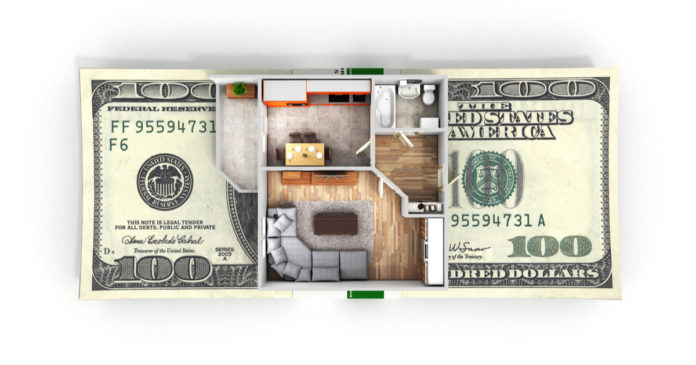 The largest increase in multifamily mortgage holdings came for the group the MBA calls “agency and GSE portfolios and MBS.” GSE’s are government sponsored entities like Fannie Mae. MBS are mortgage backed securities. These increased by $85.1 billion for the year and by $33.0 billion in just the fourth quarter.

The next largest increase in multifamily mortgage holdings was for commercial banks. These increased $21.0 billion for the year but by only $3.7 billion in the fourth quarter. 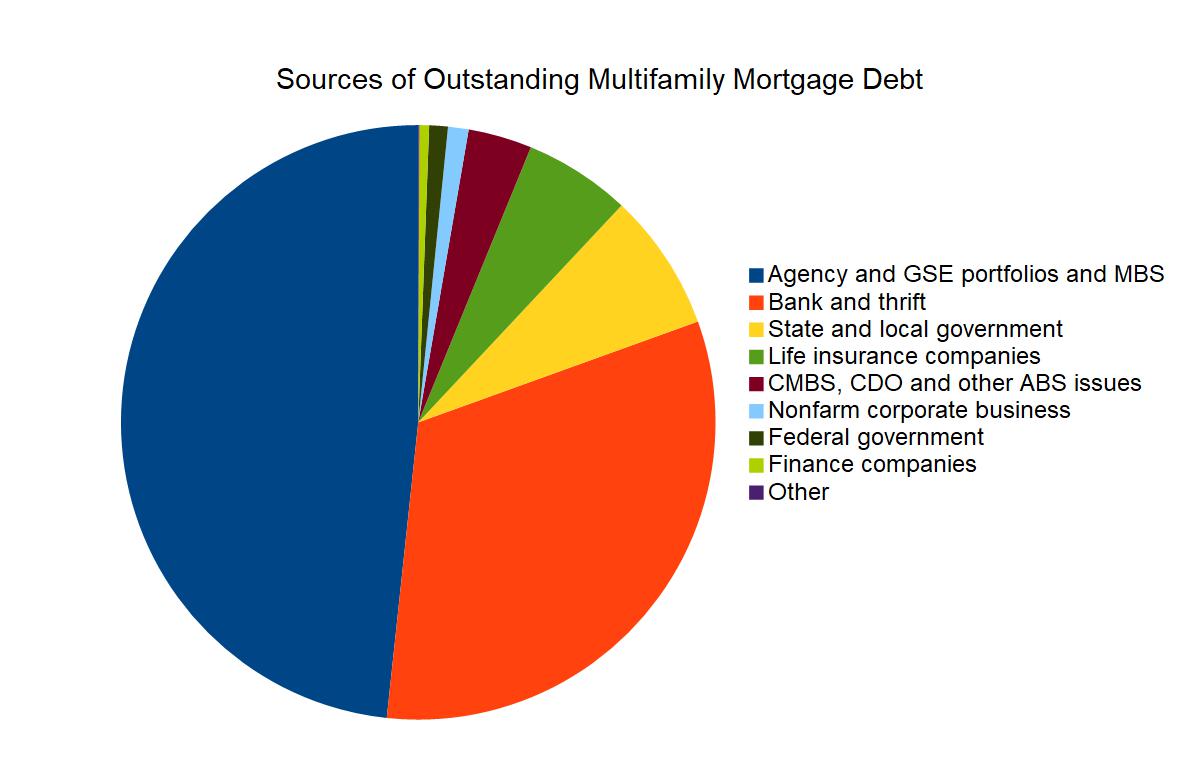 The prominence of agency and GSE portfolios and MBS in the multifamily mortgage market represents a seismic shift from the early 1990’s when banks and thrifts dominated the market. Agency and GSE portfolios and MBS caught up to banks and thrifts in multifamily mortgage holdings in 2002, and have been the clear leader in the market since 2007.

Reports of more recent multifamily mortgage origination activity have also been issued by Fannie Mae, Freddie Mac and Ginnie Mae. Their reports are summarized in the following chart: 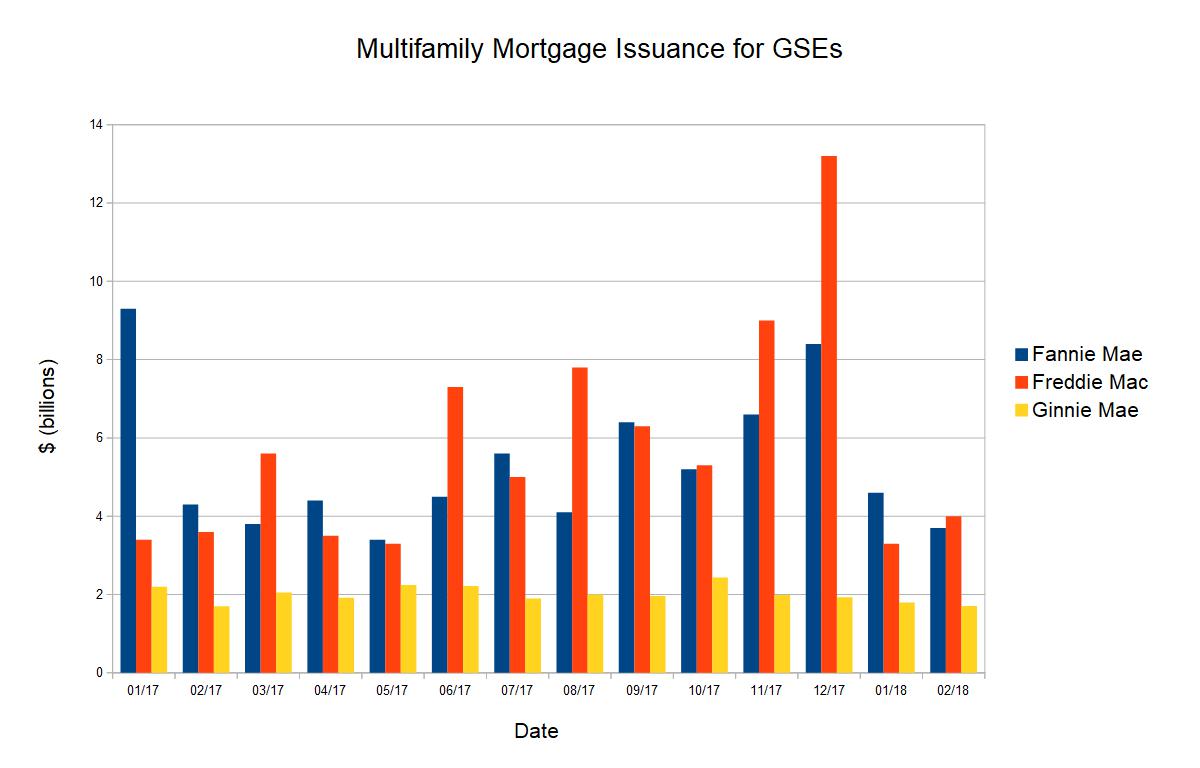 After a blisteringly hot fourth quarter where they averaged $18 billion per month in new multifamily mortgages between them, their activity has dropped to a pace of $9.55 billion per month so far in the first quarter of 2018. That is below their pace in the first two months of 2017, but the average for those two months was skewed by the very high rate of issuance for Fannie Mae in January, 2017. The pace is about the same as the $9.6 billion of multifamily mortgages the three GSE’s issued in February, 2017.