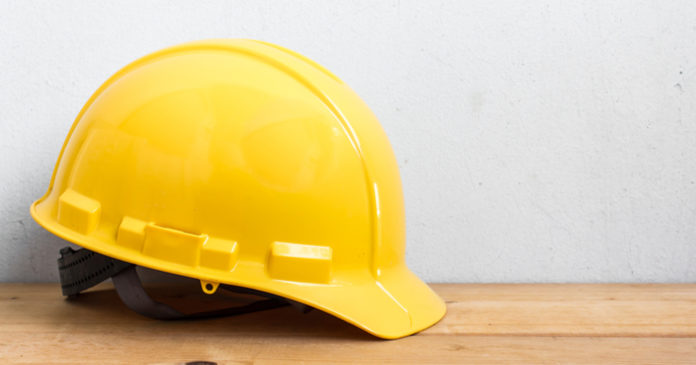 On Friday, the Bureau of Labor Statistics (BLS) released its report on job openings and labor turnover for February. As reported elsewhere, the headline report showed little change from the prior month for the jobs market as a whole. However, a closer look at the construction jobs market shows that it faces unique challenges.

A common refrain in the construction industry is that there are not enough workers available to fill all of the open positions. The first chart illustrates how the construction industry compares to the total private sector jobs market in terms of job openings, hires and terminations. Each of these measures is listed as a percentage of the total employment in the sector, so that direct comparisons can be made. 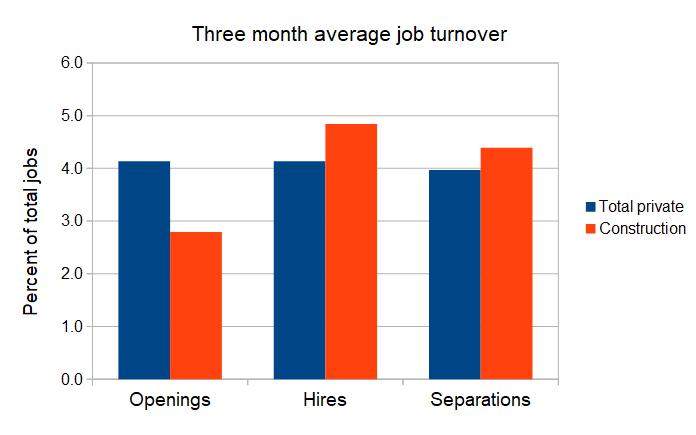 The job openings measure is taken at a point in time, in this case the end of the month. The hires and separations count any worker who was either hired or dismissed at any point in the month. The fact that the number of hires is so much greater than the number of job openings indicates that jobs in construction are being filled relatively quickly, at least in comparison to the amount of time required to fill jobs in the private sector as a whole.

The next chart shows how openings, hires and separations have changed over the last year. The numbers reported for each month are actually the average of that month and the prior two months. This was done to smooth out some of the roughness in the data. 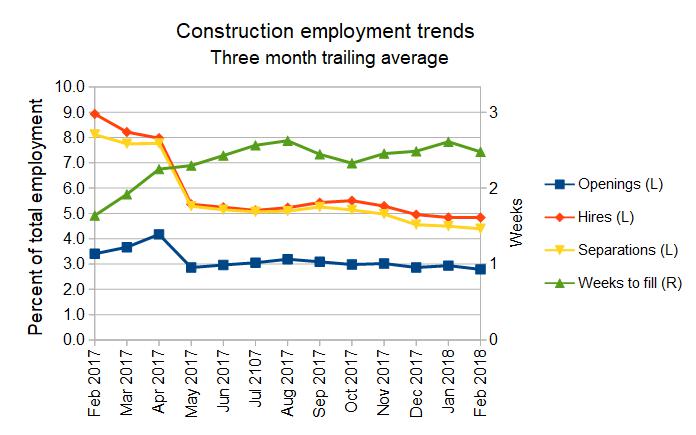 What else is different about construction? 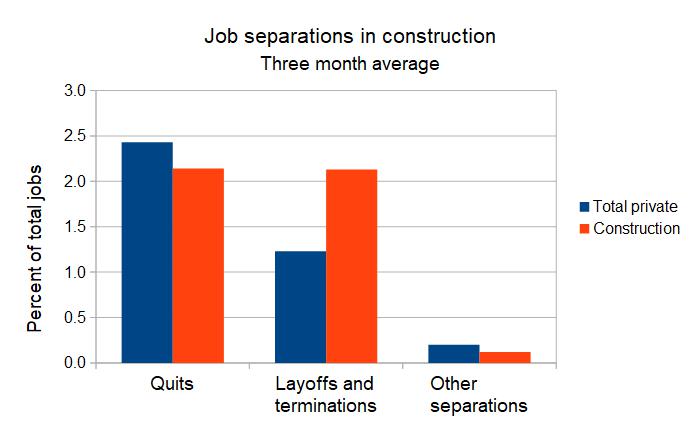