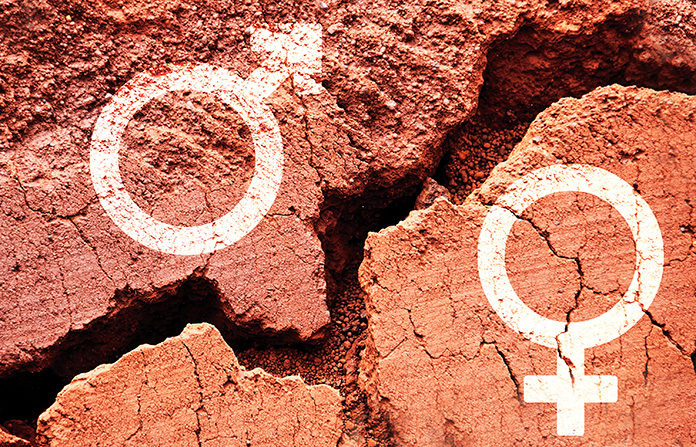 In celebration of Financial Literacy Month, the National Foundation for Credit Counseling (NFCC) has released its 11th annual Consumer Financial Literacy Survey. This year’s survey, conducted online by Harris Poll in March 2018 among 2,017 U.S. adults ages 18 and older, identifies significant differences when it comes to bill payment, savings and retirement, and barriers to home ownership. Sponsored by BECU, Washington State’s largest credit union, the survey also indicates some variances in behaviors between gender and age groups.

The 2018 survey reveals that one in four Americans admit they do not pay their bills on time and nearly one in ten (eight percent) now have debts in collection, both showing a slight increase from last year. Out of this troubling data, most notable are the financial struggles of women, namely those within the millennial generation:

“Millennials, and more specifically millennial women, continue to face unique financial challenges. Reinforcing what we are seeing in our survey, recent data from Pew Research and others have shown that young women are outpacing their male counterparts in completing college degree programs, leading to more who are dealing with student loan debt and a delayed start in the workplace, “said acting NFCC president and CEO Jeff Faulkner. “Because such circumstances can sometimes contribute to missed bill payments and debts in collection early in a person’s adult life, we continue to provide financial counseling and coaching services that help struggling consumers with their evolving financial challenges.”

Savings is another area where women face difficulties as well. The 2018 survey reveals that more than one in three women ages 18 and over (35 percent) lack any trace of non-retirement savings, while men between the ages of 18 and 34 are more likely to have savings than their female counterparts (70 percent vs. 56 percent, respectively). Compounding the savings problem, women are generally more likely than men to be saving less than last year (21 percent vs. 16 percent), including one in ten who are saving significantly less.

However, there is some good news for younger adults when it comes to savings. Adults between the ages of 18 and 34, and those 35 to 44, are more likely than older generations to say they are currently saving more compared to one year ago. Generation X (age 35 to 54) is making the most of their 401k retirement plans, while adults over the age of 65 are more likely to rely on investments, mutual funds and IRAs.

“Understanding the factors that impact people’s financial resiliency is an important step to ensuring BECU is offering the right financial programs and products to our members and communities,” said Benson Porter, BECU president and CEO. “Our aspiration is to help Americans become healthier financially, and that starts with encouraging positive behaviors like paying bills on time and saving for potential emergencies and their future.”

This year’s data shows that 38 percent of adults who have tried to purchase a home in the past year have faced barriers. The pace of rising home prices in the United States is a top concern for potential homeowners, which is not much of a surprise given the surge in home values across many parts of the country in recent years. The survey reports that adults ages 18 to 34, and those residing in the West, are most likely to cite increasing home prices as a barrier when house hunting.  Other factors impacting young adults more so than those in other age groups include:

Making bill payments late, having accounts in debt collection and lacking sufficient personal savings are signs of financial trouble that require immediate attention and fast action. With that in mind, it is an encouraging sign that about eight in ten (79 percent) agree – including nearly three in ten (29 percent) who strongly agree – that they could still benefit from advice and answers to everyday financial questions from a professional.

Further, if they were to have financial problems related to debt, 24 percent of adults, or almost 59 million Americans, indicated they would reach out to a professional non-profit credit counseling agency for assistance. No matter how it is done, that can be an important step on the road to financial well-being.

The 2018 Financial Literacy Survey was conducted online within the United States by Harris Poll on behalf of the NFCC (National Foundation for Credit Counseling) between February 28th and March 2nd, 2018 among 2,017 U.S. adults ages 18+.

Founded in 1951, the National Foundation for Credit Counseling® (NFCC®) is the nation’s first and largest nonprofit dedicated to improving people’s financial well-being. With nearly 600 member offices serving 50 states and Puerto Rico, our NFCC Certified Credit Counselors are financial advocates, empowering millions of consumers to take charge of their finances through one-on-one financial reviews that address credit card debt, student loans, housing decisions, and overall money management. Make one of the best financial decisions of your life.

BECU is a not-for-profit credit union owned by its members. Members receive the benefits of ownership through better rates and fewer fees. With more than 1 million members and over $17 billion in assets, BECU is the largest credit union in Washington and one of the top five financial cooperatives in the country. BECU currently operates more than 45 locations in Washington and two financial centers in South Carolina.