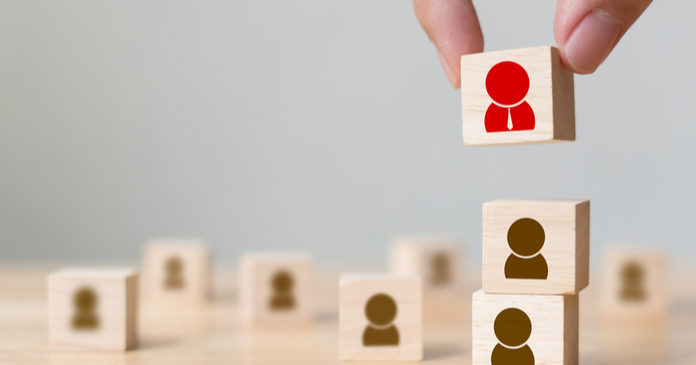 On Friday, the Bureau of Labor Statistics (BLS) released their report on job openings and labor turnover for February. The headline report showed little change from the prior month for the jobs market as a whole. However, a deeper dive into the data showed relative strength for multifamily employment.

The BLS reported that, over the last 12 months, hires have totaled 65.6 million and separations have totaled 63.3 million for a net increase in the number of jobs of 2.3 million. Given that employment in the US economy totals about 155 million jobs, this rate of churn means that the average length of time an employee is with a job is about 2.5 years.

The BLS breaks private sector employment into 16 categories. The category that encompasses multifamily owners and operators is “real estate and rental and leasing” (RE+RL). This is the second smallest category the BLS tracks (mining and logging is smaller). 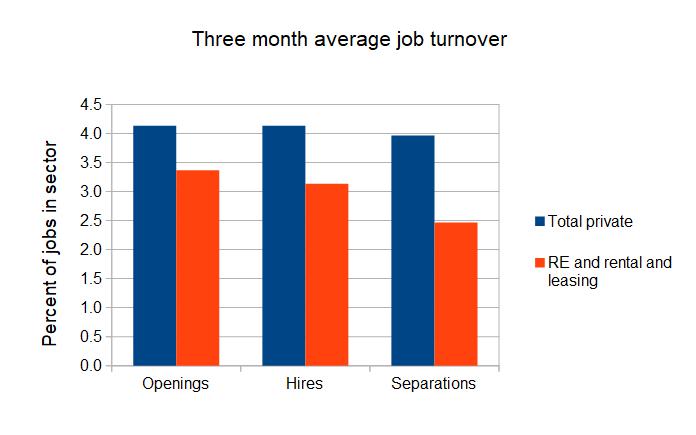 More people quit than are fired

The BLS report broke down separations into three causes: quits, layoffs and discharges, and other separations. Other separations include retirements and employees going on disability. The following chart illustrates how these causes compare for the RE+RL sector. 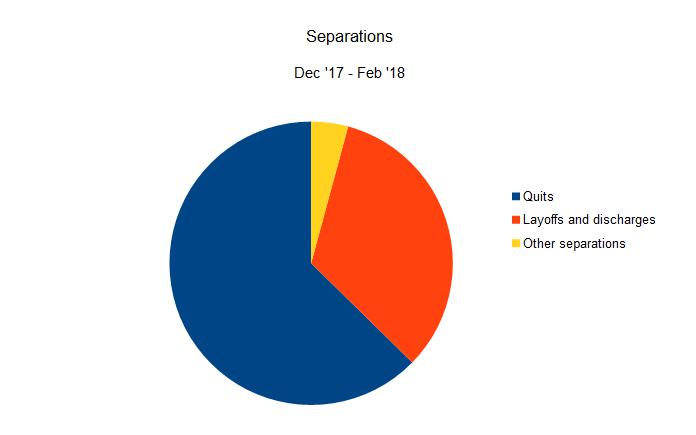 Most separations, just under 63 percent, in the RE+RL sector are due to the employee quitting. This portion exactly matches the rate in the job market as a whole. However, as the first chart illustrates, the rate of separations in this sector is significantly lower than for the job market as a whole, so this is 63 percent of a smaller part of the work force. Over the last three months in the RE+RL sector, about 1.6 percent of employees quit per month compared to about 2.4 percent for the private sector jobs market as a whole.