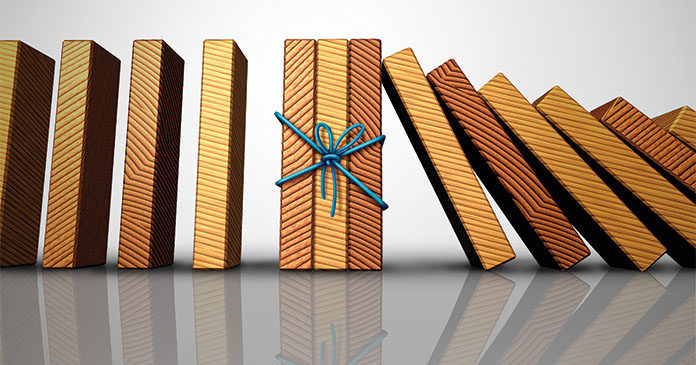 In 2012, Congress authorized RAD which allows PHAs and owners of other properties financed by the Department of Housing and Urban Development (HUD) to convert units from their original sources of HUD financing to project-based Section 8 contracts.

BGC Advantage was founded about a year after Congress authorized the RAD program to test a new way of meeting the large and growing capital improvement needs of the nation’s aging public housing stock and preserve projects funded under HUD’s legacy programs.

Instead, the program allows properties to convert their assistance to long-term, project-based Section 8 contracts that allow PHAs and owners to leverage private debt and equity capital to preserve rental units for low-income residents.

According to a 2017 report by Freddie Mac, the number of apartments deemed affordable for very low-income families across the United States fell by more than 60 percent between 2010 and 2016.

There also is a national backlog of around $26 billion in deferred maintenance for public housing units across the country and RAD offers a way to upgrade them with private sector help as appropriations for public housing have become more and more difficult to get through the federal budget process.

The public housing authorities that are currently wrestling with that lack of funding and searching for alternatives make up the lion’s share of BGC Advantage’s client base, frequently gleaned through the requests for proposals from housing authorities looking for a project developer or a RAD consultant to help them through the complexities of that program.

“Sometimes they’re looking for both—somebody who is a RAD consultant and has experience as a developer. While we can do both, sometimes we partner with other developers to help them work with the housing authority to get through the RAD process,” Knight said.

And, sometimes a developer is looking for someone to attend all the meetings about a RAD deal and explain the process to the city council or housing authority.

Unless housing authorities have been doing mixed finance for years, they’re likely not experienced in leveraging tax credits and navigating their restrictions. BGC Advantage guides them through the application process for 4 percent and 9 percent low-income housing tax credits to both fund development of additional affordable housing and meet their capital needs, which are growing exponentially as the nation’s supply of affordable housing declines.

“Fundamentally, my organization really does believe in not just improving the affordable housing stock, but also expanding it,” said Knight.

Housing authorities often want to add affordable housing to their communities and BGC Advantage assists them with new development and the purchase of former Section 8 rental communities and expiring tax credit and Rural Development projects that have reached the end of their 15-year compliance period, she said.

“We do it all. We’ll help them from soup to nuts. We help with training and sometimes we’re their developers, but, with the majority of them, we act as master developer and RAD consultant. We’re the development partner for the housing authority,” Knight said.

“We use a gamut of different investors, working with those who have had RAD experience. Redstone Investments, Inc., CREA LLC, and Enterprise Community Partners, Inc. (formerly The Enterprise Foundation), have a good deal of history working with housing authorities and RAD. Royal Bank of Canada (RBC) actually has a proprietary fund that specializes in public housing authority deals and they have a partnership with Housing Authority Insurance Group, so we’ve done a deal with RBC,” she said.

For example, the Leesville Housing Authority took advantage of the RAD program with the help of Enterprise Community Partners, Inc. in the 2017 renovation of 194 units of the Twin Lakes public housing in Leesville, La.

In addition to Enterprise Community Partners and BGC, partners in the $22 million project included HUD, the Louisiana Housing Corp., the Louisiana Bond Commission, Chase Bank and Bellwether Enterprise, which provided a Rural Development 538 loan for the permanent debt.

BGC coordinated the myriad details of the project and acted as co-general partner in the deal through which the units were converted to the federal Section 8 program with long-term contracts, allowing access to private markets, including about $11 million in tax credits for the capital improvements.

In one of its larger deals, BGC Advantage is leading a project that will restore and transfer 365 units of public housing in Hot Springs, Ark., to privately owned, rent-controlled Section 8 units.

The $57 million deal closed at the end of December, with RBC providing more than $17 million in equity through low-income housing tax credits marketed on behalf of BGC Advantage, which has worked with more than 30 different housing authorities, frequently on multiple projects, since its founding.

“When a housing authority has a large portfolio and you’re converting their entire portfolio, it’s multiple projects, and those are done over time, systematically, and you’re looking at three to five years to work through them,” said Knight.

In the past four years, BGC Advantage has helped housing authorities leverage $600 million in total development costs, she said.