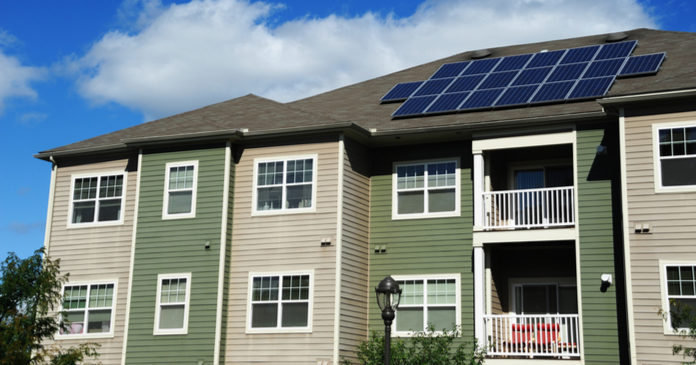 Today the California’s Energy Commission in a unanimous 5-0 vote mandated the installation of solar panels on every new home and low-rise apartment building.

The newly-minted regulation requires that all apartments buildings of 3-stories or less, and all single-family homes constructed after 2020 include solar panels, adding costs to deals that are already a challenge to pencil. The average solar system size in the U.S. is 6-kilowatts (6,000 watts) according to EnergySage. The average price for a 6-kilowatt solar panel system in California is estimated between $19,380 and $26,340 before incentives. Solar panel systems for apartment buildings are far more complex and their pricing is more variable.

The state’s Energy Commissions believes the buy-in cost will lead to savings—in the long run. Developers say it will increase the cost of building even more in the nation’s already most expensive housing market.

Amber Beck, Energy Commission spokeswoman, said the commission expects that the energy use of new homes to be cut in half under the new regulation.

“For residential homeowners, based on a 30-year mortgage, the Energy Commission estimates that the standards will add about $40 to an average monthly payment, but save consumers $80 on monthly heating, cooling, and lighting bills,” Beck said in a statement. “On average the 2019 standards will increase the cost of constructing a new home by about $9,500 but will save $19,000 in energy and maintenance costs over 30 years.”
The new rules also include new insulation and air filtration requirements. They must be approved by the California Building Standards Commission before going into effect, but this approval is considered to be a formality.