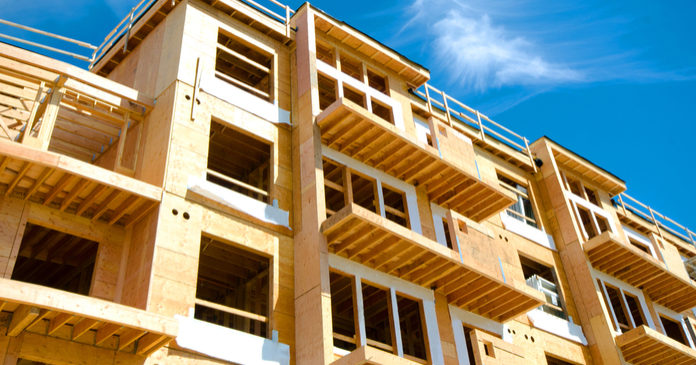 The Census Bureau, in conjunction with the Department of Housing and Urban Development (HUD), released its monthly new residential construction report for April, 2018. The report shows a drop in permits and construction starts for multifamily housing but an increase in completions.

This month, the Census Bureau modified the formula under which they make seasonal adjustments to the data reported. As a consequence, they have re-stated all of the permits, starts and completions numbers reported for the last 5 years. The observations made in this report are based on the revised numbers.

After a strong performance last month, permits for multifamily housing were down slightly in April, falling 6.3 percent. However, permits were still up 7.4 percent from April, 2017. 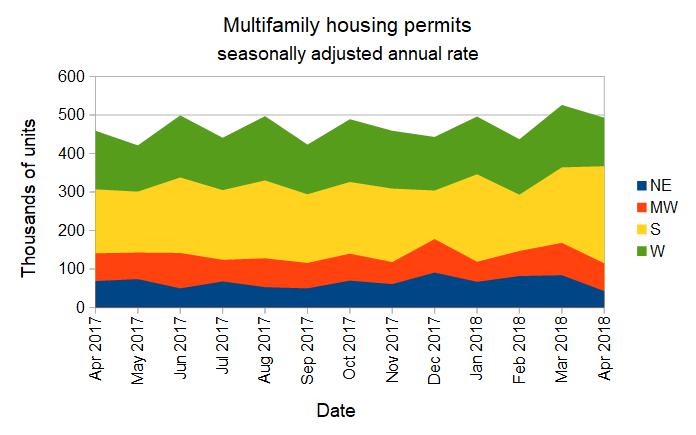 Multifamily housing construction starts are down

As shown below, multifamily housing construction starts in April fell 11 percent from March, although they were up 18 percent from April, 2017.

On a year over year basis, starts for multifamily housing units were down in the Midwest, although they rose by 52 percent in the Northeast and by around 28 percent in the South and West. 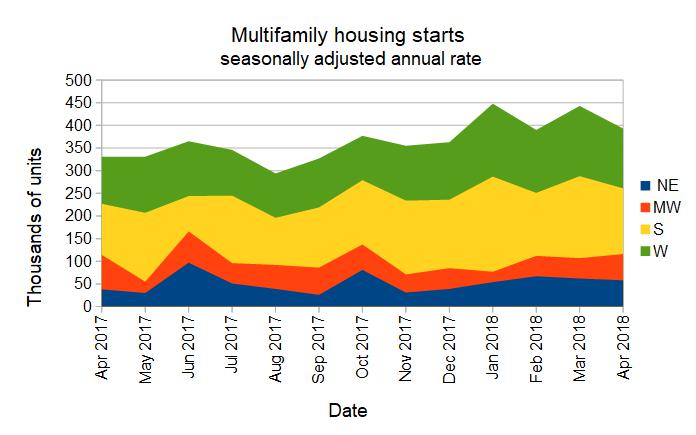 Compared to the month before, completions for multifamily housing units were up strongly in the Midwest and South, offsetting declines in the Northeast and West. On a year over year basis, completions were up in all regions of the country. 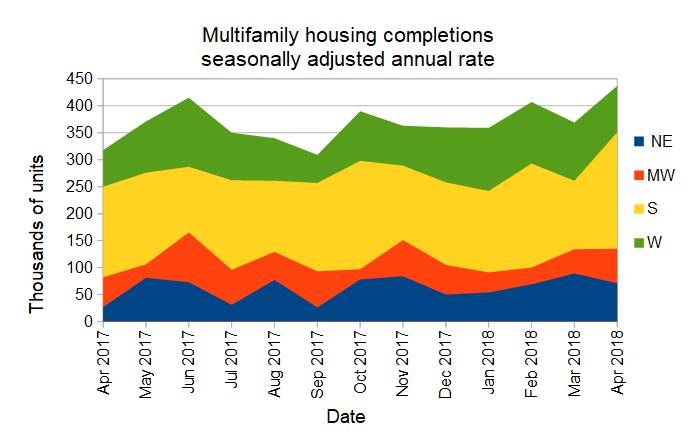