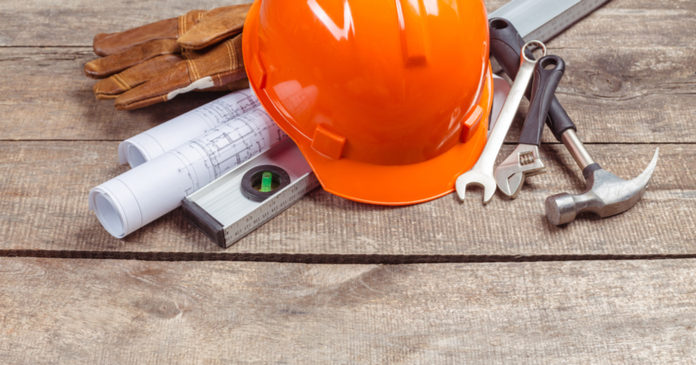 The Job Openings and Labor Turnover (JOLT) report for March from the Bureau of Labor Statistics (BLS) indicates continued strength in the number of construction job openings, which is near the high reached at the peak of the housing boom. However, the number of people employed in residential construction has still not returned to the levels reached before the last recession. 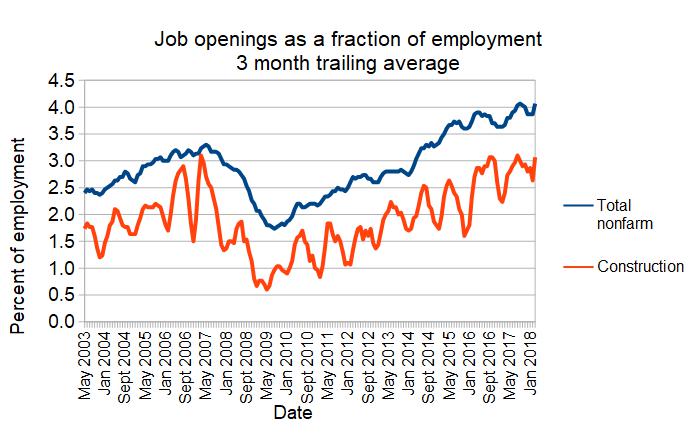 The chart shows that hiring has increased in the last few years, but not dramatically. This is in spite of the fact that the number of construction job openings has gone up significantly. This indicates that, while the construction industry is not employing many more people, it does seem to be taking longer than in the past to fill its available openings.

Still, it should be noted that the unemployment rate reported for construction workers is currently 6.5 percent, the highest of any major industry category.

Something that has changed in recent years is that the number of layoffs has fallen and the number of voluntary quits has risen. In other words, construction companies are holding on to the workers that they have rather than cutting them loose. At the same time, workers are feeling more confident in their employment prospects so they are not just keeping whatever job they can get. 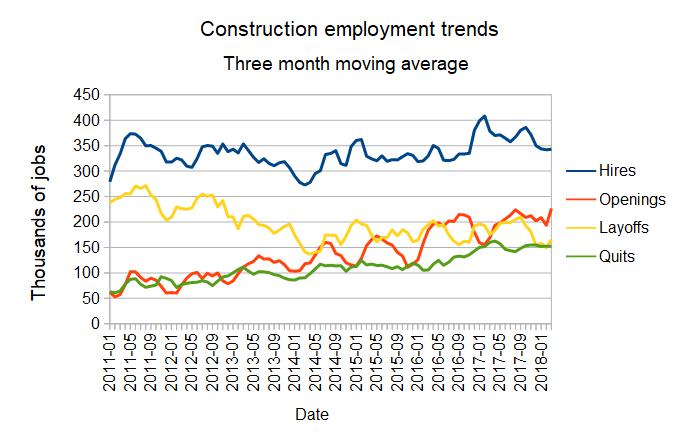 Data from the Current Employment Statistics survey, also issued by the BLS, provide another view of the construction labor market. 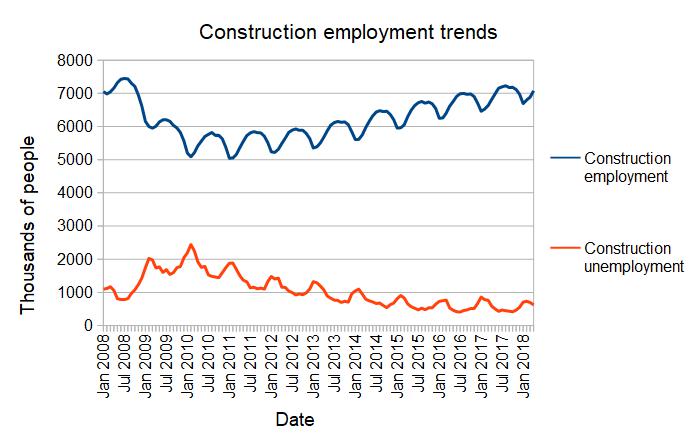 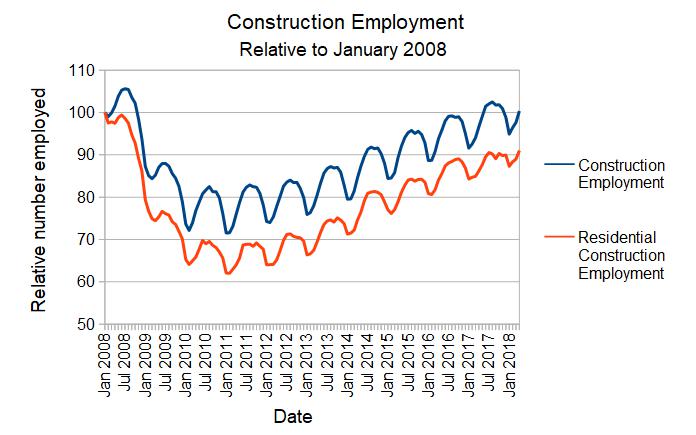