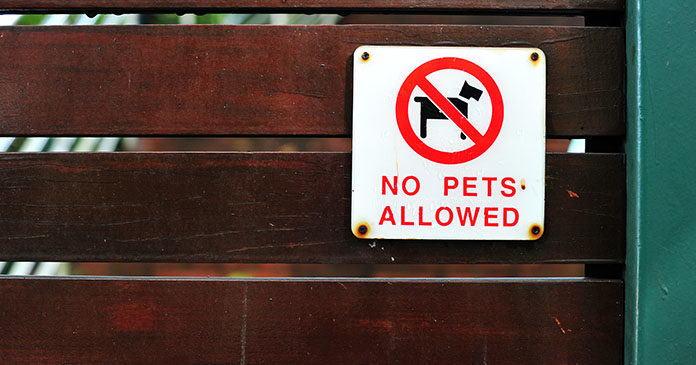 The U.S. Department of Housing and Urban Development (HUD) announced today that it has approved a Conciliation Agreement between Delta House Investments, LLC in Reno, Nevada, and Premier Realty, Inc., of Carson City, Nevada, and a prospective tenant resolving allegations that they denied the applicant’s request to have an assistance animal. Read the agreement.

The Fair Housing Act requires housing providers to make reasonable accommodations in policies or practices when a person with a disability requires such accommodations, including granting waivers to “no-pet” policies for persons who require assistance animals. Additionally, the law makes it unlawful to make housing unavailable to any person because of a disability.

“Forcing persons with disabilities to live without the assistance animals they depend on denies them the opportunity to fully enjoy their home,” said Anna María Farías, HUD Assistant Secretary for Fair Housing and Equal Opportunity. “This case was resolved quickly and represents our continued commitment to protecting the rights of persons who require such accommodations and ensuring that housing providers meet their obligation to comply with the nation’s fair housing laws.”

The agreement is the result of a complaint a woman filed with HUD alleging that Delta House Investments and Premier Realty denied her request to keep an assistance animal in the apartment she was attempting to rent, even though she provided documentation from her doctor attesting to her need for the animal due to her disability. According to the woman’s complaint, the leasing agent told her that the owner did not allow pets because the floors had been recently upgraded to hardwood. After that interaction, the woman did not pursue the rental.

Under the terms of the agreement, respondents will pay the woman $6,000; obtain fair housing training; and adopt reasonable accommodation policies that assess requests on a timely basis and maintain records related to such requests.

Persons who believe they have experienced discrimination may file a complaint by contacting HUD’s Office of Fair Housing and Equal Opportunity at (800) 669-9777 (voice) or (800) 927-9275 (TTY). Housing discrimination complaints may also be filed by going to www.hud.gov/fairhousing.