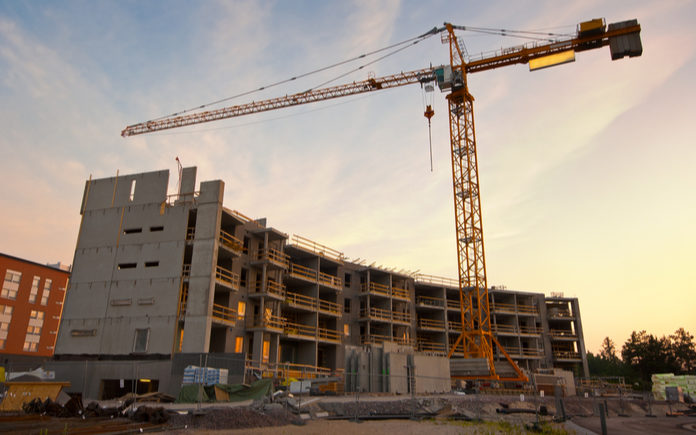 The Census Bureau, in conjunction with the Department of Housing and Urban Development (HUD), released its monthly new residential construction report for May, 2018. The strength in multifamily housing starts was the brightest part of the report.

Permits soften, or not

Permits for buildings with 5 or more units were down from the very high rate recorded in April, dropping 14 percent month-over-month. However, permits were up from a year earlier, rising 9.1 percent from May, 2017. 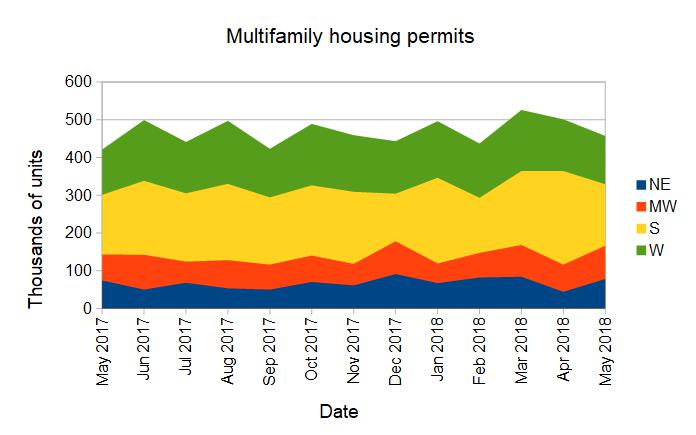 Multifamily housing starts were up from April, 2018, in the Midwest and South but were down in the Northeast and West. The rise in housing starts in the Midwest was 96 percent month-over-month with starts in May more than doubling the average monthly rate of the prior 12 months. Starts in the Northeast were down 39 percent after a string of four relatively strong months.

Starts by region for the last 12 months shaped up as seen below. 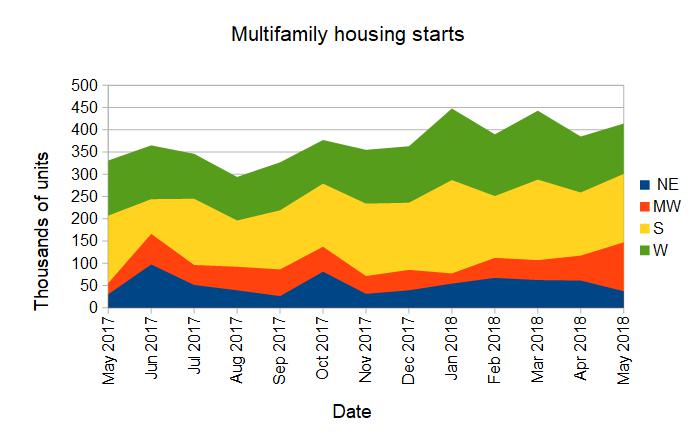 Completions of multifamily housing were down 14 percent from April, 2018. On a year-over-year basis, completions of buildings with 5 or more units was up, rising 8 percent.

Completions for housing with multiple units were down in the Northeast and Midwest on a month-over-month basis. Performance in both regions suffered by comparison to very strong results in April. Completions were up in all regions of the country on a year-over-year basis except for the Northeast where they were down 41 percent. 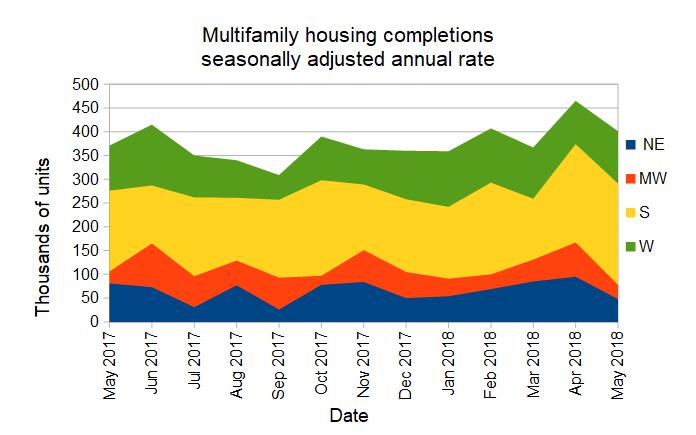