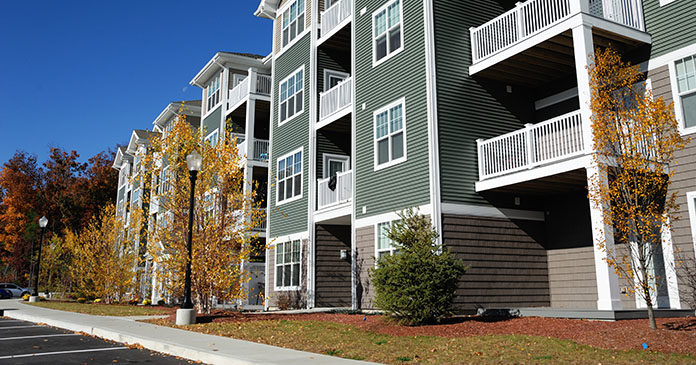 In the Western Region, Los Angeles ($10.5 million), San Francisco ($7 million), Phoenix ($3.2 million) and Oakland ($2.27 million) are among the locations where AHP will expand affordable housing. Grants will help provide housing for homeless veterans and their families, LGBT seniors, at-risk homeless and youths, and people with developmental disabilities, mental illness, or long-term chronic illnesses.

“Everyone deserves a place to call home,” said Greg Seibly, President and CEO of FHLBank San Francisco. “Our members and their nonprofit partners are using the AHP to expand access to quality affordable housing for those who need it most.”

The 2018 AHP grants were awarded through 29 FHLBank San Francisco member financial institutions working in partnership with community-based housing sponsors or developers to apply for funding through a competitive application process. The grants will be used to expand affordable rental and homeownership opportunities for low-and moderate-income residents of their communities.

For example, a $2 million grant will help rehabilitate and preserve a 250-unit senior housing community in a historic, 14-story building in downtown Little Rock, Arkansas. “I want to thank the Federal Home Loan Bank of San Francisco for their grant support in rehabilitating the Parris Towers in Little Rock,” said Congressman French Hill (AR-2). “This project will immensely benefit the seniors living in central Arkansas as there are new unit improvements at Parris Towers and residents will now be able to participate in the ConnectHome USA Program.”

Congressman Ruben Gallego (AZ-7) was pleased with the $3.2 million in grants for Phoenix. “These projects will not only provide new affordable housing opportunities, but will contribute to the revitalization of downtown Phoenix, where our neighborhoods are becoming a better place to live, work, and raise a family,” said Rep. Gallego. “The Federal Home Loan Bank of San Francisco’s investment in Arizona’s 7th District will also help create new jobs and facilitate economic development in our community.”

“The AHP program forges public-private partnerships that are helping communities provide families and individuals with safe places to live,” said Seibly.  “As the cost of housing continues to increase, affordable housing becomes more and more difficult to obtain for working families. AHP grants help bridge the gaps in the financing of affordable housing. We will continue to play that role.”

The communities that will benefit from the AHP grants awarded through our members in the 2018 funding competition are:

More details about the 2018 AHP grant winners are available.

The Bank sets aside 10 percent of its earnings each year to fund the AHP, with a portion of that funding allocated to two first-time homebuyer downpayment assistance programs. Since 1990, the Bank has awarded almost $1.1 billion in AHP grants to support the construction, rehabilitation, or purchase of nearly 138,000 units of quality affordable housing for lower-income households. The Bank’s member financial institutions, working in partnership with community-based housing sponsors or developers, compete for AHP grants by submitting applications for specific projects. AHP-funded projects represent a wide range of strategies and solutions, from historic preservation and adaptive reuse to new construction and rehabilitation. Where AHP projects are developed, local economies also get a boost, as these projects create jobs, increase construction and consumer spending, and generate new tax revenues.