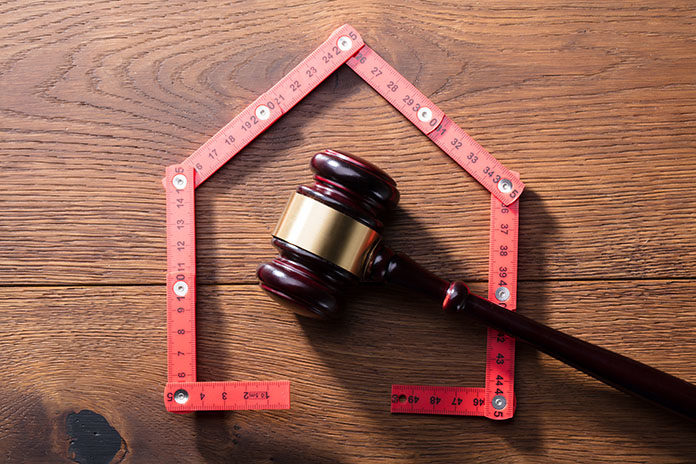 Regulation imposed by all levels of government accounts for an average of 32.1 percent of multifamily development costs, according to new research released today by the National Association of Home Builders (NAHB) and the National Multifamily Housing Council (NMHC). In fact, in a quarter of cases, that number can reach as high as 42.6 percent.

Apartment and condo development can be subject to a significant array of regulatory costs, including a broad range of fees, standards and other requirements imposed at different stages of the development and construction process. However, until now there had been no previous research done to analyze the extent of this regulation. This joint research effort surveyed NAHB and NMHC members to quantify how much regulation exists and how much it is adding to the cost of developing new multifamily properties.

Breaking down the government regulation costs showed that an average of 7 percent of regulatory costs come from building code changes over the past 10 years, 5.9 percent is attributable to development requirements (such as streets, sidewalks, parking, landscaping, and architectural design) that go beyond what the developer would ordinarily provide, and 4.2 percent of the costs come from non-refundable fees charged when site work begins.

“The home building industry is one of the most highly regulated industries, and the multifamily sector is particularly subject to these obligations,” said NAHB Chairman Randy Noel, a custom home builder from LaPlace, La. “Housing affordability is a huge issue throughout the county, and this new research only further illustrates how the layers of excessive regulation translate into higher rents and reduced affordability for consumers.”

“The current regulatory framework has limited the amount of housing that can be built and increased the cost of what is produced,” said NMHC President Doug Bibby. “At a time when states and localities are struggling to address housing affordability challenges, public and private stakeholders should work together to streamline regulations and take the steps necessary to expand housing in communities across the country.”

Although local governments generally have authority for approving development and adopting building codes, state and federal governments are increasingly becoming involved in the process and layering on additional levels of fees and regulations.

Developers can almost certainly expect average costs to be higher now or in the near future due to the effect of recent regulations that went in place at the end of 2017, such as the new Silica Rule. Further, the survey does not account for other price-influencing factors such as the effects of recent tariffs on building materials, or the extent to which local jurisdictions empower citizens to oppose multifamily development in their communities.

The full study can be viewed here.

NAHB Multifamily represents the interests of builders, developers, owners and managers of all sizes and types of multifamily housing, including affordable and tax-credit housing, market-rate rental apartments, condominium housing, student housing and mixed-used multifamily communities. NAHB Multifamily strives to ensure that multifamily housing functions as a strong sector within a thriving housing and real estate industry, and effectively serves the housing needs of a broad range of American families and households.

Based in Washington, DC, the National Multifamily Housing Council (NMHC) is the leadership of the trillion-dollar apartment industry. We bring together the prominent owners, managers and developers who help create thriving communities by providing apartment homes for 38.8 million Americans. NMHC provides a forum for insight, advocacy and action that enables both members and the communities they help build to thrive.