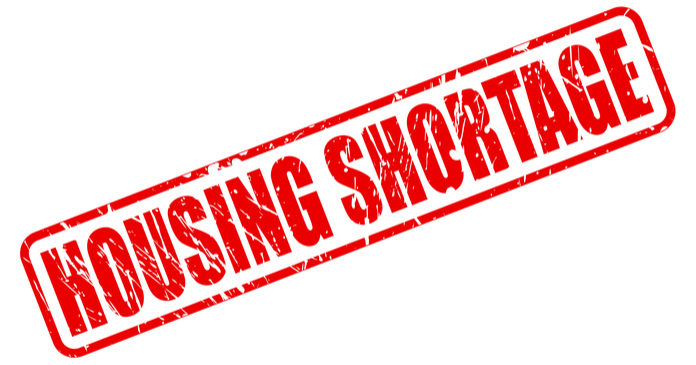 A group called the New Democrat Coalition issued a report this week on the nation’s housing shortage titled “Missing Millions of Homes.” The report seeks to identify the problems with supplying housing in America and is intended to set the stage for a follow-on report containing policy prescriptions.

The New Democrat Coalition is a group of 68 congressional Democrats who profess to support “pro-economic growth, pro-innovation, and fiscally responsible policies.” It is chaired by Rep. Jim Himes of Connecticut.

The report sums up the problem succinctly as: “Too many people are bidding for too few homes.” It examines both sides of that statement by looking at population changes and household formation as well as at rates of home construction.

On the population side, the report relates that the millennial generation, the largest in US history, is now entering the age range where they should be forming their own households. Some of this household formation has been delayed due to the high cost of housing resulting from the housing shortage.

On the housing supply side, the report quotes the National Association of Home Builders as saying the current home construction market presents a paradox in that “prices are strong, demographics are positive, but construction is weak.” The home building rate since the housing collapse in 2008 has never recovered to its average of the previous 40 years.

The net result of these trends is that the cost of housing continues to hit new highs and Americans spend an ever larger portion of their budgets on housing.

Speculating as to the causes

The report cites the aphorism that “construction is the result of the four L’s: land, lumber, labor and loans,” and then examines each of these inputs in turn. It puts forward a number of theories as to the causes why home construction has become more expensive. These include the impact of zoning and land use regulations, shifts in the types of homes in demand, the cost of environmental and other regulations, NIMBYism, lack of construction financing, lack of affordable housing subsidies and labor shortages.

In spite of being prepared by a partisan group, the report is even-handed in tone. It is well footnoted and contains lots of links to related studies. I look forward to reading the follow-on report with its policy recommendations.