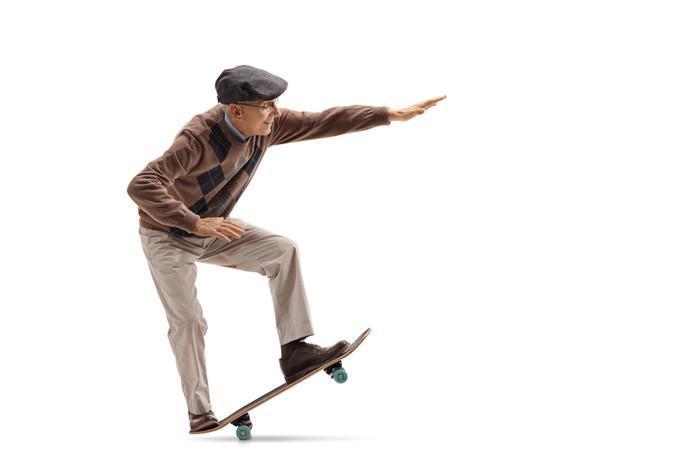 If you feel younger than your actual age, your brain may be aging more slowly than others. Subjective age—feeling 40 when you’re 60—in older adults is linked to a healthier mind, stronger memory, and other characteristics of a more youthful brain.

Researchers say that the results are particularly significant for elderly adults who feel well beyond how old they actually are. Subjective age, they say, can be a strong indicator of whether a person should be paying more mind to brain health. The study is believed to be the first to examine how subjective age and brain age are linked.

“Why do some people feel younger or older than their real age?” asks study co-author Dr. Jeanyung Chey. “Some possibilities include depressive states, personality differences or physical health. However, no one had investigated brain aging processes as a possible reason for differences in subjective age.”

Chey and her research team recruited 68 healthy adults between 59 and 84 years old. The researchers took MRI brain scans of each participant and measured levels of gray matter in various regions. Individuals also answered a questionnaire about their overall health and whether or not they felt older or younger than their actual age. Executive functioning and memory were also assessed for each participant.

While gray matter typically tends to decrease as we age, Chey found that people who indicated they felt younger than their age actually showed greater levels of the vital tissue in key brain regions. Similarly, participants with a lower subjective age performed better on memory tests, were not as prone to showing symptoms of depression, and believed their health to be notably better than their peers.

“We found that people who feel younger have the structural characteristics of a younger brain,” says Chey. “Importantly, this difference remains robust even when other possible factors, including personality, subjective health, depressive symptoms, or cognitive functions, are accounted for.”

Feeling younger may have something to do with living a more youthful lifestyle. The researchers believe that people who have lower subjective ages may be more physically and mentally active in their day-to-day routine, which gives them a natural advantage to better brain health.

Meanwhile, for those who felt older than they were, Chey argues that the aging process may be more tangible for these individuals because executive functions become noticeably weaker for them. Future studies looking at the link between older subjective age and declining brain health are now needed, the authors say.

“If somebody feels older than their age, it could be sign for them to evaluate their lifestyle, habits and activities that could contribute to brain aging and take measures to better care for their brain health,” says Chey.

The full study was published June 7, 2018 in the journal Frontiers in Aging Neuroscience.