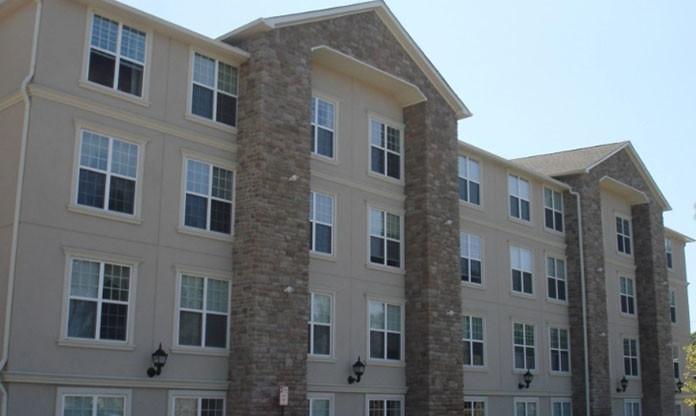 Central New Jersey’s record-low multifamily vacancy rates and modest construction boom continue to bode well for apartment-building investments, according to the brokerage professionals at Gebroe-Hammer Associates based in Livingston, N.J. The region has been the focus of recent multifamily sales totaling $20.32 million and 118 units throughout Perth Amboy, Bradley Beach, Eatontown and Neptune where Gebroe-Hammer exclusively represented each of the sellers and/or procured the buyers.

“With over 177,000 apartment units, Central New Jersey is an extremely attractive metro thanks to its historically stabilized occupancy-rate track record—which is projected to exceed 97 percent through 2022—and continued run of moderately rising rents,” said Adam Zweibel, vice president and the firm’s area market specialist.

To the south in the Shore submarket, Senior Vice President Nicholas Nicolaou and Zweibel closed the $4.57 million sale of La Reine Arms, at 201 Lareine Ave., in Bradley Beach. Just one block from the borough’s popular oceanfront boardwalk, the five-story property features a mix of studio and one- and two-bedroom units ranging from 500 to 1,000 SF. La Reine Arms is situated less than a half mile from Bradley Beach Station, offering North Jersey Coast Line service.

In nearby Eatontown and Neptune, Zweibel also finalized the trades of Throckmartin Apartments, a 20-unit garden-style community at 73 Throckmorton Ave., and 248-250 Myrtle Ave., a quaint 22-unit complex with a mix of one and two bedroom layouts.

“Each of these Monmouth County Class-B properties is poised for value-add enhancements and are among the most attractive asset class for investors, particularly since they account for almost 64 percent of the Central Jersey metro’s total inventory,” added Zweibel.

According to Reis, no competitive apartment stock is expected to be introduced to the Shore submarket between now and year end. As a result, the vacancy rate is expected to hover around 2.7 percent at the close of 2018 and 2.5 percent to finish 2019. Year-end 2018 asking rents are expected to advance 1.5 percent while effective rents will climb by 1.9 percent. On an annualized basis through 2019 and 2020, asking and effective rents are anticipated to rise by 2.2 percent and 2.0 percent, respectively.

Since 1975, Gebroe-Hammer’s brokerage activities have concentrated on suburban and urban high-rise and garden-apartment properties. The firm’s client base includes private owners, REITs, private equity firms and other institutional investors. While initially focusing on New Jersey, the firm has evolved during the past 43 years to also dominate the northeastern Pennsylvania and New York State submarkets as well as represent client interests nationally. In addition, Gebroe-Hammer markets mixed-use and free-standing office and retail properties. Widely recognized for its consistent sales performance, the firm is a 14-time CoStar Power Broker.