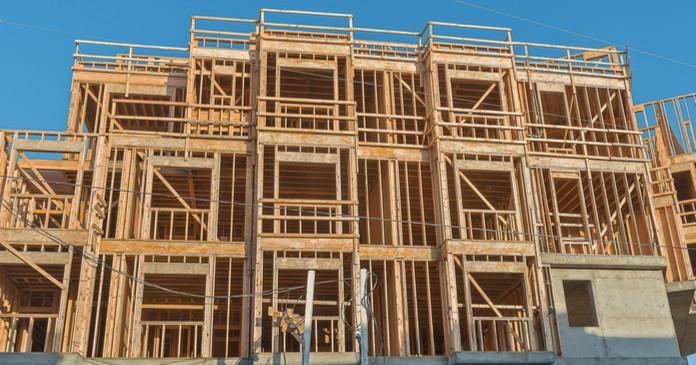 The Census Bureau released its monthly new residential construction report for July, 2018. The report shows continued strength for multifamily housing completions but possible cause for concern in a softening of construction starts.

Steady as she goes for permits

Nationally, permits for buildings with 5 or more units were nearly unchanged, rising 1.7 percent from June’s revised level to 410,000 on a seasonally adjusted, annualized basis. This figure was 2.8 percent higher than its level in July, 2017.

Permitting activity for multifamily housing was up on a year-over-year basis in all regions of the country except for the western region. However, the 12.5 percent decline in the West region was large enough to nearly offset the gains in the other regions. On a month over month basis, significant increases in permits in the Northeast and Midwest were balanced by smaller declines in permits in the South and West due to the higher levels of activity in the latter regions. These changes are illustrated in the first chart, below. 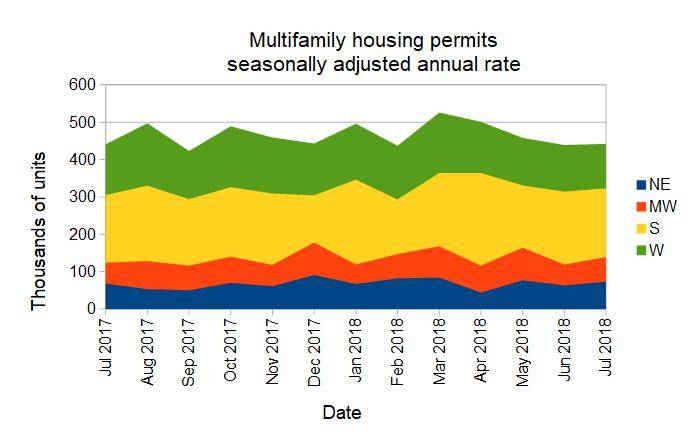 Construction starts for housing with multiple units were up strongly from June, 2018 in the South but these gains were offset by declines in the Midwest and strong declines in the West. On a year-over-year basis, the picture was similar with only the South showing gains. All other regions of the country were down significantly compared to July, 2017 and construction starts there were also well below their recent average rates. 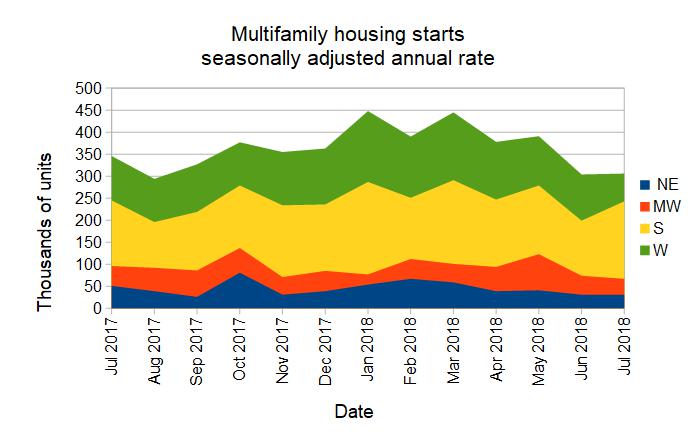 Nationally, completions of buildings with 5 or more units were up by identical figures of 8.2 percent on a month-over-month and on a year-over-year basis at a level of 371,000 units, annualized. This figure is also above the recent average level of completions.

Completions for multifamily housing were down in the South and the West on a month over month basis. However, this was offset by a huge gain in completions in the Northeast in comparison to the very weak level of the month before. On a year-over-year basis, the Northeast again benefited by being compared to a very weak level from the year before. The gain there, along with a more modest gain in the West offset decreases in completions of around 18 percent each in the Midwest and the South. 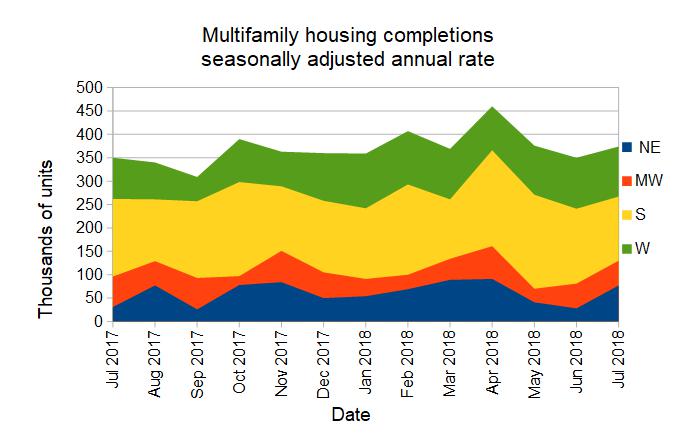