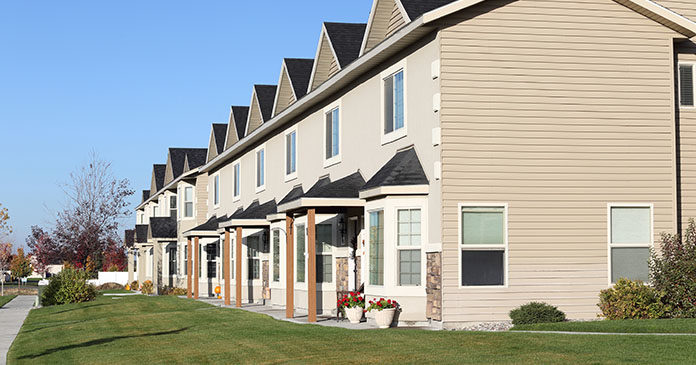 U.S. Housing and Urban Development (HUD) Secretary Ben Carson today announced a Department-wide task force as part of a larger campaign to encourage more landlords to participate in the Housing Choice Voucher (HCV) Program. HUD’s HCV Program is the nation’s largest rental subsidy program assisting more than two million low-income households each year. However, two new studies find most landlords do not accept voucher-holders, and those who do complain about the program’s administrative requirements and housing authorities which manage the program at the local level.

Consequently, Secretary Carson established HUD’s new Landlord Task Force and announced a number of forums across the county to hear directly from landlords on ways to increase their participation in the HCV Program.

“These studies tell us that we have a lot of work to do to engage more landlords, so our Housing Choice Voucher Program can offer real choice to the families we serve,” said HUD Secretary Ben Carson. “We will be traveling the country to hear directly from landlords about how we can make this critical program more user friendly.”

Next month, HUD will release a new study of landlord voucher acceptance in five cities: Philadelphia; Los Angeles; Fort Worth; Newark, New Jersey; and Washington, DC. The study, which was sponsored by HUD and conducted by the Urban Institute, is the first to use paired testing methods across multiple sites to examine landlord treatment of voucher recipients. While landlord participation varies across the five study sites, the researchers found voucher recipients are hard pressed to find a landlord who will accept their vouchers, especially in higher opportunity neighborhoods. In addition, landlords often ‘stand up’ testers posing as voucher recipients and even deny rental requests once testers reveal their source of income. Read a summary of HUD’s and the Urban Institute’s forthcoming Pilot Study of Landlord Acceptance in the Housing Choice Voucher Program.

Another study examined the role landlords and property managers play in housing low-income tenants, especially voucher recipients, in three urban rental markets—Baltimore, Cleveland, and Dallas. Prepared by Johns Hopkins University, the study examined how these local markets influence a landlord’s decision whether or not to participate in the HCV Program. The researchers found that, while many landlords liked the program’s reliable rent payments, the main reasons given for not participating in the HCV program were frustrations with required inspections and disappointment with how local housing authorities handle disputes with tenants. Read Urban Landlords and the Housing Choice Voucher Program.

To encourage more landlords and property managers to participate in the HCV Program, HUD’s new Landlord Task Force will host a number of forums across the country to engage directly with housing providers, specifically those who do not participate in the voucher program. These listening forums are intended to reveal how HUD might make its primary rent subsidy program more accessible and acceptable, specifically in higher opportunity neighborhoods where landlord participation is lowest.

HUD will begin its landlord engagement campaign on September 20th in Washington, DC when it will present the findings of the two aforementioned studies. Individual landlord forums are planned in Philadelphia, Atlanta, Dallas, Los Angeles, Salt Lake City and Salem, Oregon. After completing these landlord forums, the Landlord Task Force will provide policy recommendations to the Secretary on programmatic changes to increase landlord participation in the HCV Program.