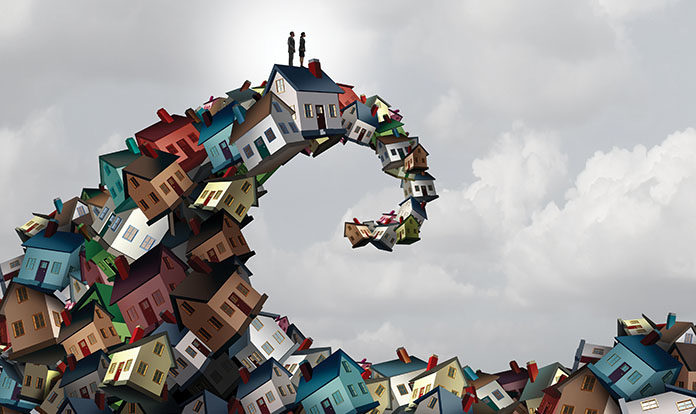 Some are looking to quick fixes that have been proven to not work, like rent control, while others are getting creative and combining public and private sector funding to help underwrite rents.

What most of those well-meaning policymakers don’t realize is that there is a relatively cost-free solution at their disposal, and that is regulatory reform. Apartment owners and developers have long known that the lengthy approval process and the myriad of regulations they must comply with add time and cost to developing the housing the nation needs.

Thanks to new survey research by the National Multifamily Housing Council and the National Association of Home Builders, owners and developers have a number to put to those costs—one that should make any jurisdiction with unmet housing needs take a serious look at their regulatory structure.

According to NMHC and NAHB, regulations imposed by all levels of government accounts for an average of 32.1 percent of total multifamily development costs. In a quarter of cases, that number can reach as high as 42.6 percent. According to the 2012 Census of Governments, there are roughly 90,000 local governments in the U.S., and a particular development may be subject to fees from more than one of them—for example, from a municipality, a water district, and a school district with overlapping jurisdictions.

To be sure, there is growing recognition that rising construction, land and labor costs have combined to make it impossible in many cases for the private sector to deliver housing at rents that middle-income workers can afford. But regulations are an often-overlooked component of a development proforma.

Over 90 percent of multifamily developers in the survey reported that they incurred a variety of costs associated with regulations: delays caused by sometimes lengthy approval processes, development standards that go beyond what would ordinarily be done, changes to building codes over the past decade and OSHA requirements. Other regulations, such as requiring developers to dedicate land to the government for items such as dedicated open space, are somewhat less common, but can be quite costly when they are encountered.

In reality, the regulatory costs of development are likely higher than the NMHC-NAHB research found because some government actions impact development costs in a way that multifamily developers simply can’t quantify. For example, federal immigration policy may affect the supply of construction labor, thus increasing wages, and tariffs can affect prices of building materials like lumber and steel.

There is also the unquantified cost of NIMBY opposition that consumes time and financial resources and often results in developers making concessions such as reducing the size of their buildings. This means land costs are allocated to fewer apartments and the cost per apartment is increased, resulting in higher rents to make the project financially feasible for underwriting.

A substantial amount of regulation is well intentioned, and some of it undoubtedly serves a worthwhile purpose. Few would argue, for example, that basic safety standards for structures and workers are unnecessary. But regulation that exceeds 30 percent of a project’s development costs raises questions about how thoroughly governments are considering the consequences of each regulation.

Are they aware of how much regulation currently exists? Do they realize how multiple regulations with conflicting standards can cause delays and increase costs? And do they understand the extent to which these increased costs translate into higher rents and make it difficult to build new housing that families with modest incomes can afford?

Without taking the time to answer those questions, they may unintentionally be exacerbating the nation’s affordable housing shortage. 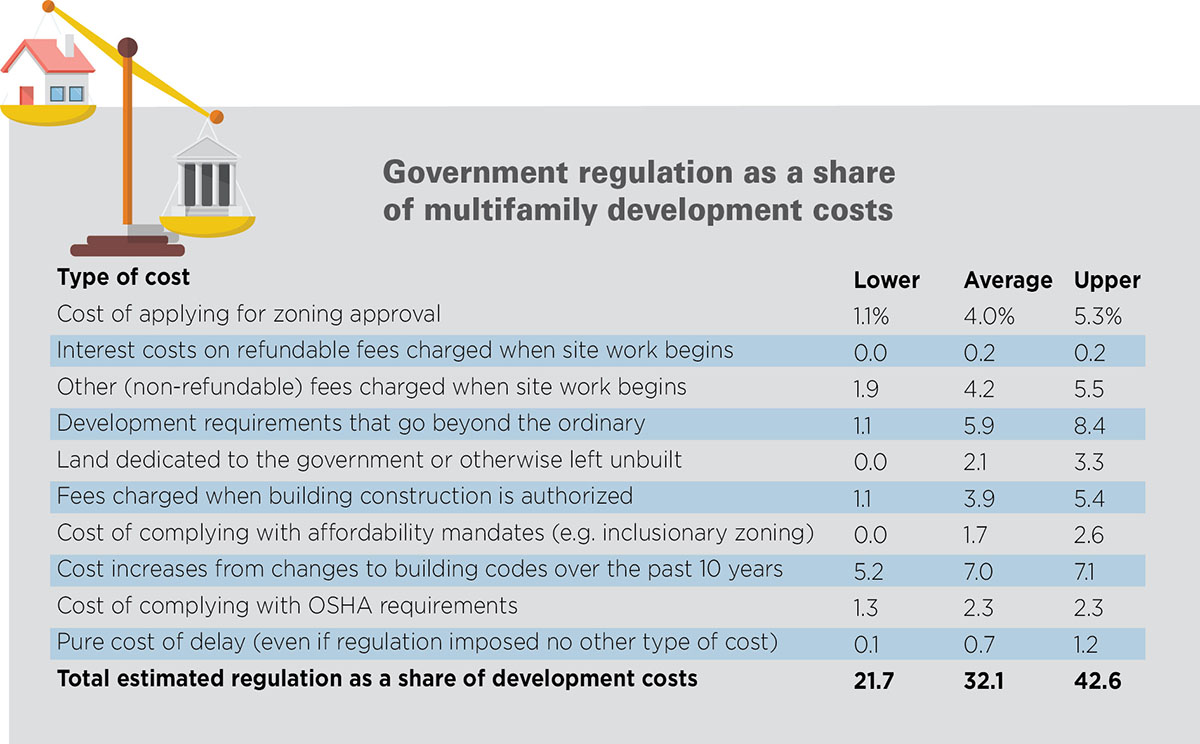 Author: Caitlin Walter is VP of Research at National Multifamily Housing Council. Paul Emrath is a VP of Survey and Housing Policy Research at the National Association of Home Builders.