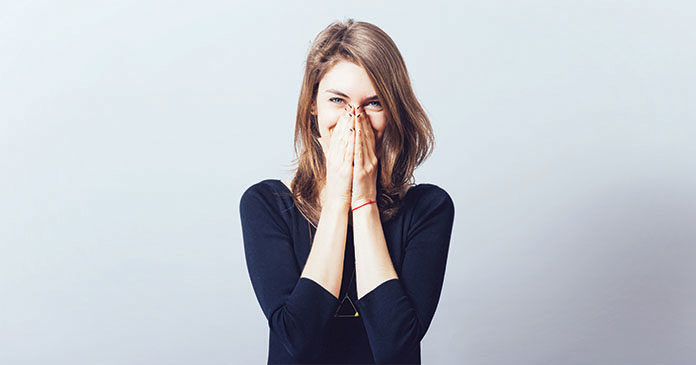 Sure, saying the wrong word (usually) isn’t a game-changer. But if you make that kind of mistake, it sets you up for a question that no one wants clients, coworkers, or employers to begin asking: “Are you really that smart?”

Think it can’t happen to you? We’ve heard horror stories: people laughing behind a prominent CEO’s back for his not understanding the correct use of a business term; a corporate lawyer saying “tenant” (a renter) instead of “tenet” (a belief); an employee toasting her supervisor as the “penultimate” leader (which doesn’t mean “ultimate” but instead means “next to last”).

Here, excerpted from our new book, That Doesn’t Mean What You Think It Means, are nine terms or words that sound smart but when used incorrectly make you sound the opposite, along with real examples of their being misused, drawn from business news reports, research publications, and corporate press releases. (We’ve omitted attributions to protect the well-meaning writers who unwittingly committed the errors).

“Fidelity might have fired the last salvo by eliminating fees entirely. This begs the question as to whether Fidelity’s new funds incur any hidden costs or fees.”

“They can clearly and simply explain what we have done and how it impacts on our interpretation of the data, ensuring our reports are understandable and actionable.”

In a 2015 American Heritage Dictionary survey of language experts, 79 percent disapproved of using “impacts on” to mean “affect.” Another 39 percent disapproved of using “impact” to mean “affect” even without that preposition “on.” The original (and still most common) meaning of “impact” involves collisions. But nowadays, you can use it to mean “to affect” (without any collisions). But leave out that preposition “on.” That might impact (affect) your business presentation.

“In regards to the new well, the production capacity of this first large size production well is remarkable.”

This sentence is wrong. Not regarding the remarkable production capacity, but regarding “in regards to,” which should be “in regard to.” Even better, just say “regarding” or “about.” (For the record, “regards” with the “s” is correct in the phrase “as regards,” where “regard” is a verb.) In regard to the phrase “in regard to,” regard is a noun, and the singular—without the s—should always be used. The exception is when sending someone good wishes—”best regards”—or when giving your regards to, say, Broadway, as in the song. After all, you probably wouldn’t want to wish Broadway only one regard.

“Start-ups are leaving the heartland and are employing less people.”

Technically, at least according to some word snobs, it should be “fewer people,” not “less people.” Why? It all depends on if and what you’re counting. A few basic rules:

Use “fewer” for numbered, countable things, especially people or other plural nouns. (“Fewer than 20 people were there.”)

Use “less” for things that can’t be counted, at least reasonably. (“There’s less sand at the beach.”)

Use “less” with numbers when they are a single or total unit, usually with “than.” (“Less than 50 percent of us went to the meeting.”) This can be tricky, because often you’ll see numbers in the plural—as in “He has less than a million dollars”—that presumably have been counted (as in rule 1). But since here we’re really talking about total amounts of nonhuman things, use less.

Don’t blame us—those are the basic rules that many people follow. Still, it’s all less—not fewer—difficult than you’d think.

Methodology is an annoying word that has oozed into a lot of places, especially government documents and annual reports, probably because it sounds important—and pretentious. The word to use instead is “method.” The “-logy” tacked onto the end of method transforms it into the study of methods. (That -logy ending comes from the ancient Greek λογίa for “the study of.”) So methodology has its place in English—it’s just that it should stay there and not substitute for method.

One interesting note: The IRS itself, in contrast to the senator speaking about the IRS, almost always uses the word method instead of methodology. Count on tax professionals to use a more economical word.

“Whether you need to appoint a Data Protection Officer or not is a mute-point.”

Actually, it’s not a mute point at all, because a point isn’t speechless. It should be moot, not mute. But even spelled right, moot is tough to use correctly. The use of moot is, well, moot—and we’re not being cute. What we’re saying is that the meaning of moot is “open to debate”—which is the time-honored definition of moot. But by the mid-1800s, moot also began meaning “something not worth considering.” The idea was that something debatable is of no practical value, so not worth bothering with. So sometimes moot is used to mean “definitely not debatable” because the point is so immaterial. This change in meaning is primarily North American, and it is one that has stuck, although language purists argue about it. Our advice: Choose another word.

Unique means being the “only one of its kind; unlike anything else.” So something can’t be the “most unique”—it can only be unique. But times are changing. Some dictionaries, like Merriam-Webster, now also define unique as “extraordinary,” although Merriam-Webster does say that this “common usage is still objected to by some.” Include us in the ranks of the “some” (although we’re not as impassioned as the New York Times book reviewer who called this usage of unique an “indefensible outrage!”). Let’s keep unique meaning, well, unique. For plural things that we want to call unique, we can instead say “unusual” or “exceptional.” So we could say that Skyline is an “exceptional” investment management organization… but let’s leave that to the PR department.

Substitute “used” for “utilized.” Does it make a difference? The only one we can see is that utilized is longer. So why use it? Yes, “utilize” can be distinguished from “use” when something is serving a purpose that it wasn’t intended for (“She utilized her dead tablet as a doorstop”), but it’s a slight distinction and “use” can still work. Utilize can also mean “to convert to use,” most often in scientific writing. (“The body utilizes carbohydrates.”) Even here, use can work, although it sounds a lot less scientific for some reason. In general, utilize is just a fancy way of saying use, and is usually best not utilized used at all.

These nine words are only the tip of an iceberg. From “a priori” to “untenable,” words can work for you or against you. And that’s our last (not penultimate!) word, at least in this article, on the words that can trip you up.

Authors: Ross and Kathryn Petras are the brother-and-sister co-authors of That Doesn’t Mean What You Think It Means, The 365 Stupidest Things Ever Said, and You’re Saying It Wrong.