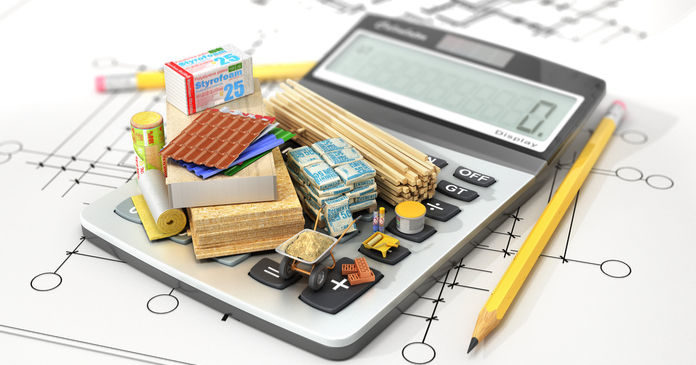 The Bureau of Labor Statistics (BLS) released its producer price index report for September. It showed that overall prices for processed goods for intermediate demand were unchanged from August, the third month in a row that this has been true. However prices in September were 5.8 percent higher than a year earlier. This compares with a 2.7 percent rise in the all-items consumer price index (CPI) in the 12 months to August.

The BLS price index of materials and components for construction rose 0.2 percent from August, 2018 and was 5.8 percent higher than a year earlier.

Multihousing PRO compiled the BLS reported price changes for our standard list of construction commodities. These are commodities whose prices directly impact the cost of constructing an apartment building. The two right hand columns of the table provide the percent change in the price of the commodity from a year earlier (12 Mo PC Change) and the percent change in price from August, 2018 (1 Mo PC Change).

The chart below illustrates the price changes for softwood lumber, OSB and soft plywood over the past year and a half relative to their prices in January, 2017. It shows that the prices of OSB and of soft plywood products may have peaked for this construction season given their recent declines. While these prices also fell in the autumn of last year, the decline is happening earlier this year. 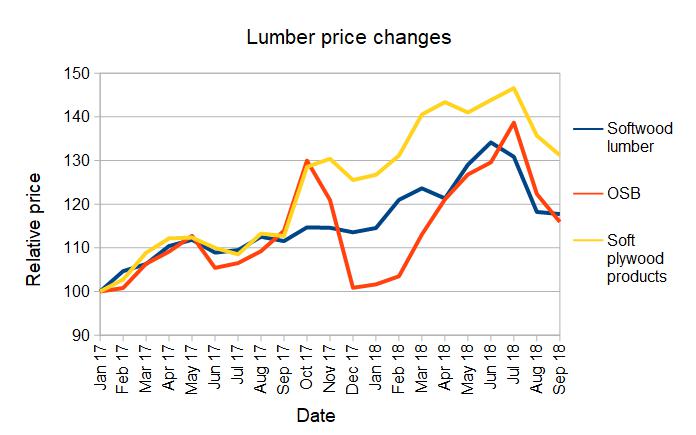 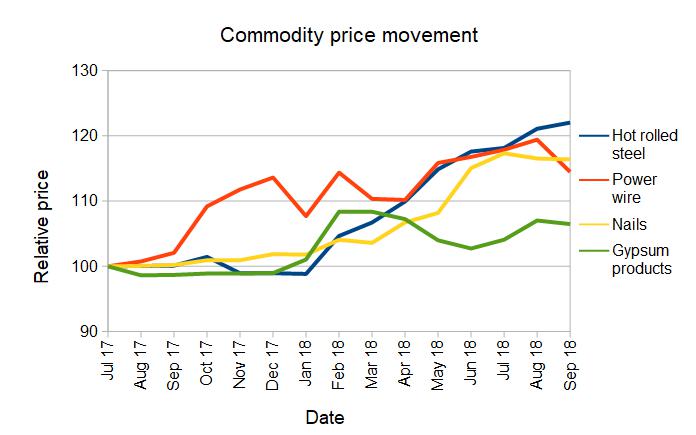