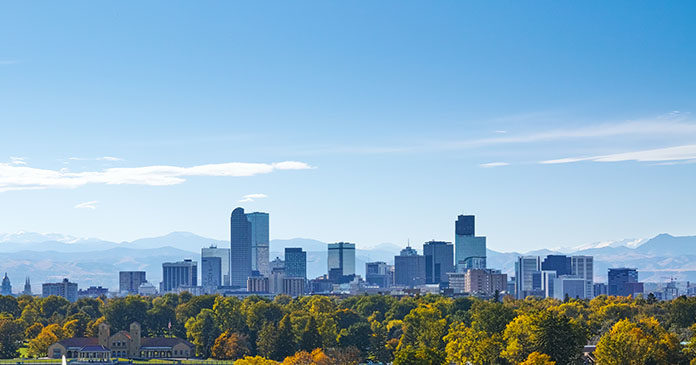 Average rents in Denver fell by $19 per month in the third quarter of 2018, continuing a three-year trend in rent decreases during the third quarter, according to the Denver Metro Area Apartment Vacancy and Rent survey published today.

“Average rents fell 1.3 percent to $1,465 during the third quarter, down from $1,484 during the second quarter,” said Mark Williams, executive vice president of the Apartment Association of Metro Denver (AAMD).

During the same period, inflation, referring to the general increase in the price of all goods and services, hit 0.5 percent in Denver, according to the Bureau of Labor Statistics’ Consumer Price Index for the West Region. Adjusting for inflation, rents fell by 1.8 percent over the last quarter.

“The Denver community has debated how best to provide attainable housing, and the good news is that the market is sorting this out,” said Williams. “One of the best pieces of news coming out of this quarterly study is that there are still plenty of apartments renting for less than $1,000 per month. In fact, the study shows that there are an estimated 29,051 apartments in the Denver metro area that rent for $1,000 or less.”

Over the past year, average rents increased by 3.8 percent, which Williams notes is just 0.4 percent above inflation over that same period. Average rents reached $1,412 during third quarter of 2017 and the Consumer Price Index for the West Region increased by 3.4 percent over the last 12 months.

According to the report, average rents for the metro area increased the third quarter during 28 of the past 37 years. However, 2018 marks the third consecutive year of third-quarter declines, likely due to seasonal effects and a pronounced slowdown in construction.

“For average rents to decrease in the third quarter is unusual. For them to drop in the third quarter for three consecutive years is exceptional,” said Teo Nicolais, a Harvard Extension School instructor who specializes in real estate. “Developers today face labor shortages, higher construction costs, and tighter lending standards, which are putting the brakes on new apartment supply. The only other time Denver recorded three consecutive years of third-quarter rent declines, Ronald Reagan was President and average rents in the city were $396.

Third quarter average rents declined from the previous quarter by:

Nicolais noted the 2,570 new apartments built during the third quarter of 2018 represents a 40 percent drop from the same quarter last year, during which 4,315 new apartments were built.

Quarter-over-quarter construction levels also fell 25 percent from second quarter of 2018 during which 3,435 units were built.

Nonetheless, the more than 41,600 new apartments added in the last four years have eased what has been a tight rental market.

“Average vacancy rates, which hit 3.9 percent in the third quarter of 2014 have increased for every third quarter since then,” said Williams.

Average third-quarter vacancy rates have increased each year as follows:

“This report shows an unmistakable trend toward Denver’s normal vacancy rate of 6.1 percent for the third quarter,” said Williams.

A submarket-by-submarket breakdown shows a wide range of vacancies and rents in the metro area. The highest average rents included:

The lowest average rents in the metro area were:

Across the Denver metro area, the age of the building played a significant role in determining the average rents.

While rents have increased throughout the city in recent years, affordable housing can still be found. The report found 10,580 apartments in the Denver metro area that rented for $1,000 or less. Based on the survey’s sampling of 125,654 apartments there are over 29,000 apartments in Denver that charge rents of $1,000 or less.

The Denver Metro Area Apartment Vacancy and Rent Report is coordinated and published by the Apartment Association of Metro Denver. The survey is conducted by the University of Denver’s Daniels College of Business and Colorado Economic and Management Associates, and is sponsored by The Colorado Department of Housing.

About Apartment Association of Metro Denver

The Apartment Association of Metro Denver is among the largest multifamily housing trade associations in the country, representing and supporting over 336,000 apartment homes in Denver.

The quarterly Vacancy and Rental Rate Survey is authored by Ron L. Throupe, Ph.D. of the University of Denver Daniels College of Business, and Jennifer L. Von Stroh of Colorado Economic and Management Associates. It has served as a reliable source for comprehensive data and analysis for over 36 years and is made possible through the ongoing participation of the apartment industry and broad support from private and public sector sponsors.