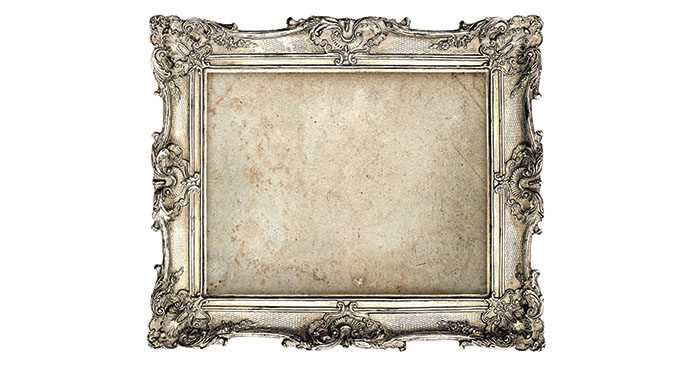 From the family tree to the org chart, we’ve evolved to think and speak in hierarchy. It centers us in our world. It informs our place and purpose. Who would have thought it would someday be rendered, in and of itself, obsolete by a decentralized, networked culture transforming everything in its path.

First, the internet changed communication, commerce, and then everything else. Now decentralization is fast on its way to, again, transform the world as we know it, but not without its share of trial and error.

Business models once thought absolute—such as how prospects find an apartment, which built features are must-haves, and even the concept of the rented space itself—continue to transform. Residents seek experiences over features. Not unlike employees who also want experiences—and to connect, collaborate and know that they are part of a bigger picture of purpose and community.

Employees understand that, when viewed through the network prism, work and home have essentially merged into one. While work has always been a significant part of one’s identity, it’s now also important to be compatible with one’s work culture. In the age of networks—all things are connected. Mission, once relegated to a forward in the employee manual, has come of age in this new world. Employees seek it out and make decisions based on its appeal to their own life goals and objectives.

To paraphrase Winston Churchill, it’s the end of the beginning for the character—and you could say—for work as we know it.

A pivotal moment in history

PRO sat with author, speaker and work culture expert, Seth Mattison in Huntington Beach at NMHC’s Student Housing Conference this month. Doug Bibby and team had the foresight to bring in Mattison to speak on our rapidly changing world, what the dramatic changes will mean to employers and their teams, and what experts say is a basic framework for navigating this brave new world with eyes wide open.

Mattison believes we must first get a solid read on what work and effective leadership will look like in the 21st Century. He sees a world where individuals intentionally create careers and companies that deliver value, while successfully integrating networked teams.

The benefit of this age of connectivity, specifically the decentralization of networks, is that some decisions are better made closer to the point of contact with customers or competitors. That’s not to say that accountability or leadership is lost—the requirements of a businesses will always need structure and compliance. However, when structures are crafted and appropriate to the expectations and needs of today’s tech-driven talent, it’s a win for its people and the bottom line.

Communication is a key piece. When information is not shared with the team, especially today, turnover rises and engagement drops.

Transitioning from a hierarchy to a hierarchy-network coexistence is the primary source of challenge, said Mattison. Once we understand where we’re heading, it’s easier to master a path forward, setting both company and team up for success.

“It’s a defining moment. “We’re at a pivot in history when the industry—people and businesses—must transform into something completely new and different.” Mattison says the world is experiencing a paradigm shift, the magnitude of which will only become fully evident with historic perspective and context.

His advice, seemingly counter-intuitive, is to work at being present in the moment. That is, create a disciplined existence where technology is managed and distractions are muted in order to most effectively focus on projects, collaboration, whatever the task is at hand. Without this undivided focus, said Mattison, everything suffers.

Once time management has been prioritized, he offers three key points in building high-performance work environments for the future. These include future casting, experience shaping and connection seeking. 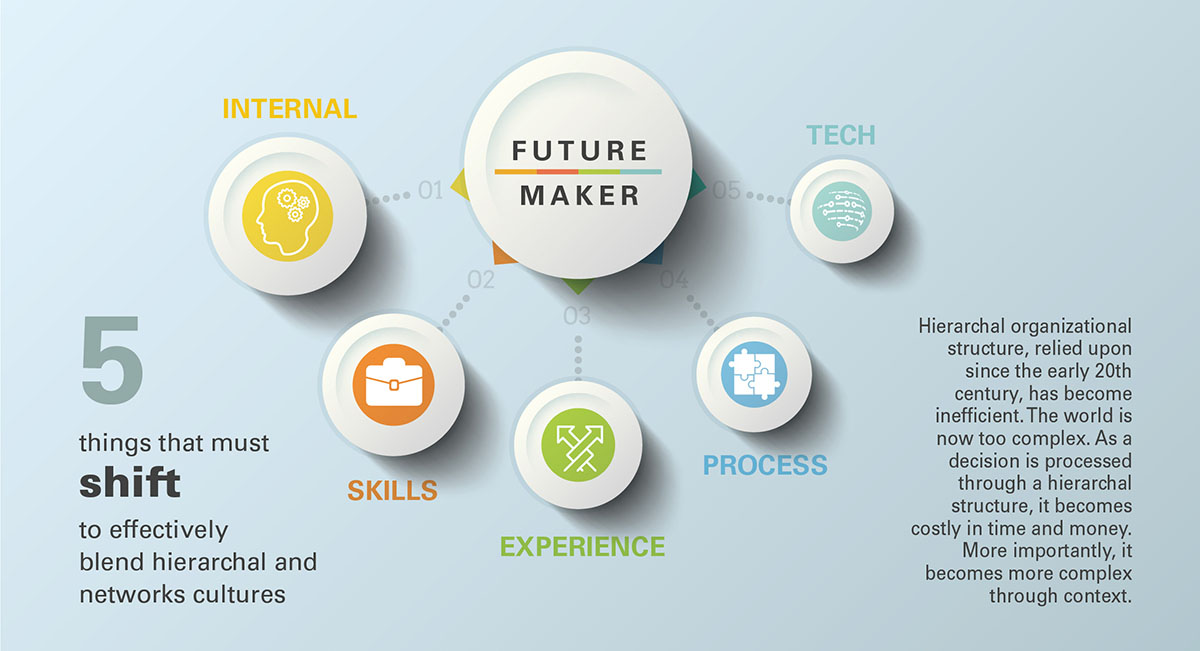 This is the ability of leaders to collectively establish, then transparently cast, a clear and compelling vision of the future. It’s important to establish trust and confidence in the future of the organization and in the leader. “Collectively establish” doesn’t mean that a few stakeholders into a closed room to devise a strategy. Then after month, announce it to the company, said Mattison.

He recounted a story about an internationally known company that spent months behind closed doors working on the its go-forward strategy. The months-long process was secretive and mysterious, and the rest of the team was left only to wonder.

Needless to say, the company’s engagement scores fell, and employee turnover rose. No one had a clue as to what was going on and in the vacuum of information, imaginations took flight as to the direction of the company and the expectations for the team.

There will always be leaders and those who are ultimately responsible for the operation of the organization, said Mattison. But those at the front line, the property managers and site personnel, the public face of the company, those are the ones who manifest the company to residents.

They project what they’re made to feel. They see, they feel, and they also have opinions and views that are credible and potentially valuable. Many times they also offer insight from a generational standpoint—a generational perspective shared by many of apartment and student housing residents.

What are the experiences affecting those at the frontline and is there a platform by which they can share that knowledge? That’s the takeaway.

Mattison makes it clear that 20-year-olds should not come in to run the company, but that exposure to their knowledge and insights is invaluable to the quality of the final experience. This is especially so for an industry centered around college housing.

Gen Z has now entered the ranks as residents. What do they think and feel?

Future casting begins with a shared vision from the top. Leaders live it and are able to articulate it. But can property managers also articulate it? Is it a clear and compelling vision that translates to the entire team? Can everyone communicate it?

If the message is making its way downstream but not being actualized, the next conversation is what are the skills and competencies the company must develop to do so? Everyone needs the skills to create a high-performing culture that can shift and change as fast as the marketplace.

Experience shaping, as it relates to hierarchy and networked environments, frames the premise of Mattison’s book, The War at Work. The word hierarchy, once upon a time, described a world where work was a physical place that people went to each day. Work and home were two separate places, and people lived two separate lives that rarely touched.

You could go to work, do a good job and then leave to be in your personal life.

Today, in the network, it’s all one continuous thing. There’s talk of work-life balance,  said Mattison, but even that makes the assumption that they are two things.

Our lives are spent at work, slipping in tasks for home, or “homing from work” as Mattison says. And then, we’re also working from home. And while most companies are perfectly fine asking their team to work while they’re at home, the idea of personal tasks at work seems more bothersome.

The bottom line, Mattison believes, is that the two worlds are immutably merged via an increasingly networked culture.

This networked culture is a seamless blend of work and home no matter where an individual is physically located—all one motion. As such, if your work experience is bad, then your life is bad.

It’s called a job for a reason, said Mattison. It’s not meant to self-actualize people as human beings. At one time in history, people were paid a fair wage for a fair day’s work. Done. That arrangement no longer works. The age of connectivity is not isolated to millennials and Gen Zs. It’s about everyone, said Mattison.

As leaders within our organizations, the experiences that we shape and curate at work matter more than ever.

What drives experience? Culture. Especially, shaping culture in a useful, tangible way. Culture is about the formal or informal, agreed-upon attitudes and behaviors that are either rewarded or corrected inside an organization.

Nearly every company has their list of values prominently displayed in their on-boarding materials. And the first one on the list is more often than not, integrity. That means nothing, said Mattison.

“I have found that for most of our organizations, the soul has been sucked out of our values. The words may appear on the wall but we can’t really communicate how they manifest in our work, to our co-workers and to our customers.”

Mattison affirms that integrity—in action—is an all-important value. Absent its foundation, a company’s future is bleak. But it’s only a category. Far more importantly, what are specific ways that integrity is manifested in attitude, behavior and the soul of the organization? Mattison suggests that companies finish the thought by providing concrete examples of what that looks like in action. That’s the hard part of establishing values—saying what they mean and then reflecting those behaviors in everyday performance, said Mattison.

“Call it a code for how we’re going to show up and treat each other,” said Mattison. “It’s no small thing.”

When values are known and understood, employees are 39 percent more likely to engage according to a recent AON survey.

What this means on a property is that the site managers, grounds keepers, maintenance personnel, everyone across and behind the line of operation, act according to the same standard of behavior.

If anyone were to walk up to someone, anyone, in your organization, will they know and act according to the company’s values and codes? Are they the living, breathing manifestation of the brand? And does it shows up every day? Such truths drive the experience not just for the employee, but it also drives the experience for the customers.

Why does this matter in terms of hierarchy and network? This new world network makes work and life one thing. By shaping the experience, you are shaping lives­­.

Connection seeking begins with one question: At what level are we having this conversation and how does that show up in the culture? Are we all connected, not just at a molecular level, but also at a spiritual level? If so, then we can’t really separate ourselves from one another, or from the well being of one another.