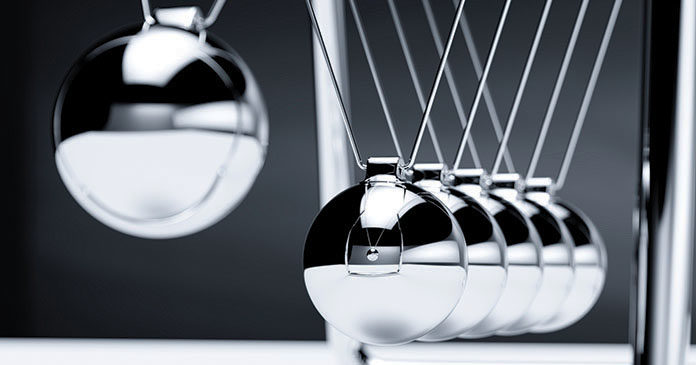 Following supply and demand, the increase in renters has come with an increase in rental prices. Those prices have eased a bit in the last several months, but there is a disturbing trend in the numbers: Rents for the most expensive places are declining while rents for cheaper places are rising, adversely affecting those on the lower end of the income scale.

Three experts weighed in on this shift and what it means to the outlook of housing. Benjamin Keys is a real estate professor at Wharton and a fellow at the National Bureau of Economic Research; Aaron Terrazas is a senior economist at Zillow; and Jenny Schuetz is a fellow in the Metropolitan Policy Program at the Brookings Institution.

It goes back to supply and demand

At first glance, it doesn’t seem logical that rental prices would decrease only for higher-end units and not across the board. But the experts said a deeper dive into the data reveals the complexities of supply and demand in the market.

In the last several years, most metropolitan areas have seen a flurry of apartment construction to house new residents who are flocking to cities in search of jobs. Most of that construction has been in luxury units with sky-high rents rather than more affordable accommodations. The resulting glut of upscale units is what is easing price pressure on that side of the market.

“What this latest data is telling us is there are a lot of different submarkets within a given metro area, and when you look at where the building has been going on, it’s really been geared at the very top,” Keys said. “You’re not seeing that same construction at the lower end, so you’re getting this discrepancy between the top and the bottom.”

Meanwhile, Keys noted, there are a lot of lower-income renters who are desperate for housing they cannot find, so the competition is fierce. “Some of it is just a simple supply-and-demand story.”

Terrazas agreed and cautioned against taking a simplistic view of the market. Typically, analysts tend to look at medians and averages in real estate, but they should be examining the “tails” of the distribution to get the full picture of what is happening at the top and the bottom of the market.

While over-investment in upscale rentals has influenced prices, Terrazas said, the numbers also show that more well-to-do millennials are buying homes right now. “Those higher-income young adults who typically rent those apartments have been out buying homes. The labor market is very tight. Interest rates are still very low. Those are the people who have been propelling the purchase market, leaving vacancies in the rental market. That’s not happening for lower-income renters.”

Schuetz thinks the question of why rents haven’t started to soften farther down the price spectrum is an important one to ponder because the discrepancy indicates an imbalance in the market. The lack of middle- and low-income rental units is a problem that has been decades in the making.

“We’ve certainly seen a boom in building in the last several years, but that comes after the absolute trough during the Great Recession. And we’ve been under-building multifamily housing for about 25 years now,” she said. “We’ve seen supply finally start to catch up at the high end. We would expect that’s eventually going to translate into at least more stable rents in the middle of the distribution, possibly lower, but it’s going to take a while for that to happen.”

Like everything in real estate, location is the mitigating factor. Rental affordability depends largely on where you live. Schuetz recently published a policy paper that outlined two distinct affordability problems in America.

In high-cost cities including New York, San Francisco and Washington, D.C., the dearth of housing means prices are very high even for middle-income earners. Even relatively high-income earners can’t afford to buy homes in those cities, so they are staying in rentals longer. At the same time, bottom-income earners representing 20 percent to 25 percent of households don’t make enough money to pay for even modest-quality apartments.

“We’ve got a lot of people who are competing for the bottom end of the market,” Schuetz said. “They have no place else to go, and their incomes just aren’t keeping up with the cost of inflation and maintenance of apartment buildings.”

Housing affordability for low-income families is a national problem regardless of location, she said.

“Rents are going to be lower in, say, rural Texas or Detroit, but the incomes are also proportionately lower,” Schuetz said. “Poor families can’t afford to pay the rent pretty much anywhere; middle-income families are only stretched in the high-cost markets.”

The experts said policy changes at the federal, state and local levels can ease some of the burdens in the housing market. But the changes have to be tactical and specific if they are going to work.

If the dearth of modestly priced rentals is the problem, then building more of them is the solution. Yet many cities have too much red tape getting in the way, Keys said.

“There are a number of barriers to building, but a big constraint is local zoning policy that inhibits more dense building, especially around transit,” he noted. “A lot of cities are really struggling with the barriers that have been put in place through restrictive zoning.”

At the federal level, existing programs to help lower-income Americans with housing are relatively inelastic, he said. Unlike food assistance or unemployment insurance, housing vouchers and other funds don’t expand and contract to meet fluctuations in demand. That’s unlikely to change under the Trump administration, Keys said, citing a recent New York Times article that discussed the inaction of the Department of Housing and Urban Development.

Some individual legislators are pushing policy changes forward, including U.S. Senators Cory Booker, D-N.J., and Kamala Harris, D-Calif. Both have introduced rent relief measures that would provide tax credits to renters, and Booker wants to use Community Development Block Grants to incentivize cities to relax zoning restrictions. But Schuetz said both measures are limited in scope, so they don’t address all aspects of housing affordability.

“That’s a huge proposal that’s different than anything we’ve ever seen before,” Schuetz said. “Unfortunately, it went down in committee. But I imagine something like that will make a reappearance.”

“That’s an extremely controversial proposal,” she said. “We have quite a bit of evidence that rent control ends up reducing the housing stock and actually hurting poor families. But there are interesting coalitions building around that because there’s such a sense in high-cost cities that rent has been going up faster than income, and this is a measure to try to help.”

Is the American Dream dead?

America has long rewarded its citizens for becoming property owners rather than renters. Homeowners are allowed to deduct mortgage interest from their taxes, and they aren’t taxed on profits from the sale of a primary residence.

That tradition skews the debt vs. equity trade-off towards debt, Keys said. High-income earners, who are more likely to be homeowners anyway, reap the greatest reward from mortgage-interest deductions. It’s a benefit that doesn’t necessarily help those on the margins, he said.

“To the extent that we want to encourage the American dream and get people into a home, and the stability that home can potentially provide as a way to benefit a neighborhood, as a way to build wealth, we don’t think the mortgage-interest deduction is really designed to do any of those things,” he said.

Terrazas cited a Zillow survey that asked Americans in the 20 largest metro areas to characterize their ideal home. Overwhelmingly, across all age groups, a single-family home in the suburbs was the winner. That result challenges the popular narrative about downsizing and city living, he said.

Terrazas said the major tax reform bill enacted this year contains changes that “begin to lift Uncle Sam’s finger a little bit away from pushing Americans toward homeownership.” Those changes include caps on mortgage deduction and loopholes that allow homeowners to deduct a larger portion of their state and local taxes if they rent out a portion of their house.

Terrazas said he believes Americans will continue to want to buy homes.

“I don’t think there’s any doubt that buying is going to continue to hold a strong appeal in the American imagination,” he said. “There’s something fundamentally attractive about fixing your housing costs for 30 years as opposed to being subject to 12-month contracts.”

Shifts in the economy and personal finances will influence whether Americans buy homes in their 20s, 30s or 40s, and what kind of property they purchase. But Terrazas thinks a “strong majority” of citizens will be homeowners. However, he acknowledged a steady demand for rentals even as that market slows down.

Schuetz said the strength of the rental market since the recession indicates that renting is the right choice for many people. She said federal policies need to be adjusted to accommodate the fact that renting is “going to part of almost everybody’s life cycle” as people face greater uncertainty over careers, marriage, children and other variables.

“We’d like people to pick the tenure that’s appropriate for their financial situation, their place in the life cycle, their job situation,” she said. “Renters have an easier time breaking the lease and moving to a new city if they get a job offer, and people who haven’t yet made permanent family arrangements may need to change the size of the house they’re living in.”

There’s big advantage to having flexibility, Schuetz noted. “We’d like households to be able to make those decisions based on their personal financial circumstances, not based on federal tax policy that gives them an incentive to buy when maybe that’s not the best decision for them.”